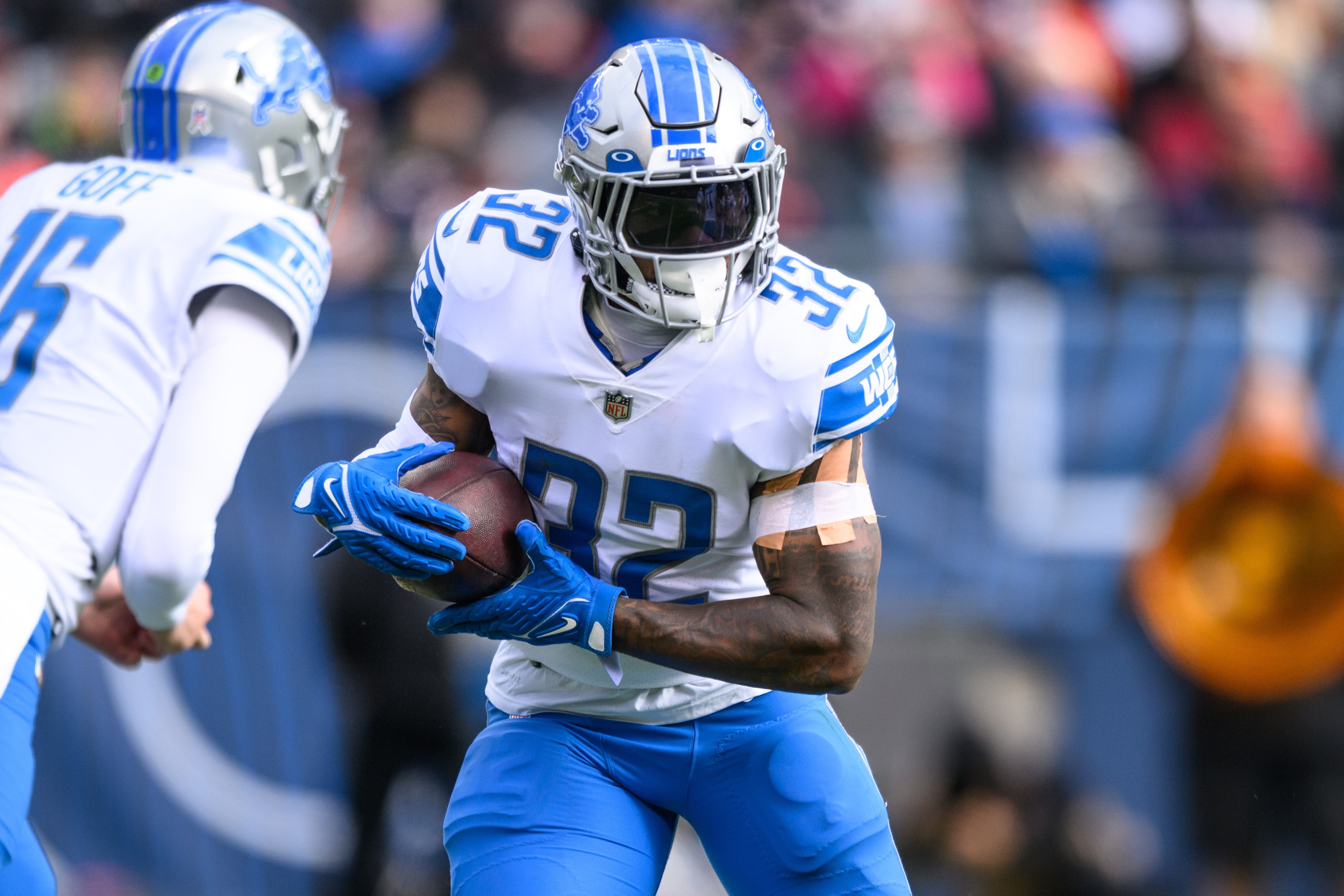 There should be a rule that if an athlete fails to partake in a matchup for a predetermined amount of time, all player props on said athlete are deemed void and the moneys wagered on them are returned to the account in full. Either that, or some type of insurance should be offered up that prevents a book like BetRivers Sportsbook from stealing investments due to injury. We had Kenneth Walker III going over 72.5 rushing yards last Sunday. Before getting knocked out of the game in the first quarter, he had ripped off 36 yards and already destroyed his longest rush prop. He did that on a grand total of three carries! THREE! The situation has left a bad taste in my mouth and I’m out for blood in Week 14!

We’ve gotten to a point that we can once again confidently support D’Andre Swift in all ways, shapes, and forms. The Lions RB1 was finally the dominant running back in the Lions backfield last week out-touching Jamaal Williams 14-11 while being targeted six times. He turned all his opportunities into 111 scrimmage yards and a touchdown. I’m happy to report that Swift is back to being one of the premiere running backs in the game which should have player prop bettors looking to back him every passing week.

Especially against a middling Minnesota Vikings defense that concedes 115+ rushing yards per game (No. 16) and nearly 5.0 yards per carry playing away from the Twin Cities. To their credit, Minny held him to just 46 total scrimmage yards in the first meeting, but he was only utilized 11 times due to nagging injuries. Williams took the lion’s share of the work and turned his 20 carries and two targets into 107 scrimmage yards and 2 TD. I fully expect that workload to go Swift’s way in the rematch and for him to turn it into potential No. 1 RB production in Week 14.

It’s been a minute since we last got to see Tony Pollard go HAM, and I’ve got a good feeling we get to see it right from the outset against the league’s absolute worst run defense that comes in the form of the Houston Texans. Lovie Smith’s stop unit is an absolute sieve when it comes to stopping the run with it getting gouged for nearly 170 yards per game and a 4.9 yard per carry average. While it’s been improved these last three weeks in conceding just 3.8 YPC, I expect it to revert back to its normal self in this one running up against the Cowboys unforgiving attack.

TP20’s low water mark over the last six weeks has been 60 rushing yards, and it occurred on Thanksgiving Day when Ezekiel Elliott shined. There will be an opportunity for both backs to go off, and I foresee it occurring relatively quickly in the first half with each likely to take on ample workloads before the game gets out of hand. I’ve got a very good feeling that this ticket will be cashed before the game’s first 30 minutes have expired!

This is going to be an incredibly tough spot for the 49ers who will be forced to go at the Buccaneers with Mr. Irrelevant under center due to Jimmy G going down with a season-ending foot injury last week. Coming in off the bench without time to even think about it is much different than having a full week of practice knowing you’ll be the starter. That’s the challenge that awaits Brock Purdy on Sunday, and I don’t foresee him passing it against a Tampa Bay defense that still rates out as one of the best in the game.

While he’ll no doubt lean on Christian McCaffrey as a safety valve, I have concerns as to whether or not he’ll be able to weather the storm. The Bucs defense has been most susceptible on the ground with it conceding 118+ rushing yards per game (No. 18), but the units the healthiest it’s been in quite some time as evidenced by limiting Alvin Kamara to 26 yards on 12 carries on Monday night. Tampa’s also the best at limiting RB production out of the backfield in allowing 227 total receiving yards (18.9 YPG) and just 5.3 yards per reception (No. 1). San Fran has its work cut out for it which should find RUN CMC failing to live up to expectations in a game I think the Niners ultimately lose.