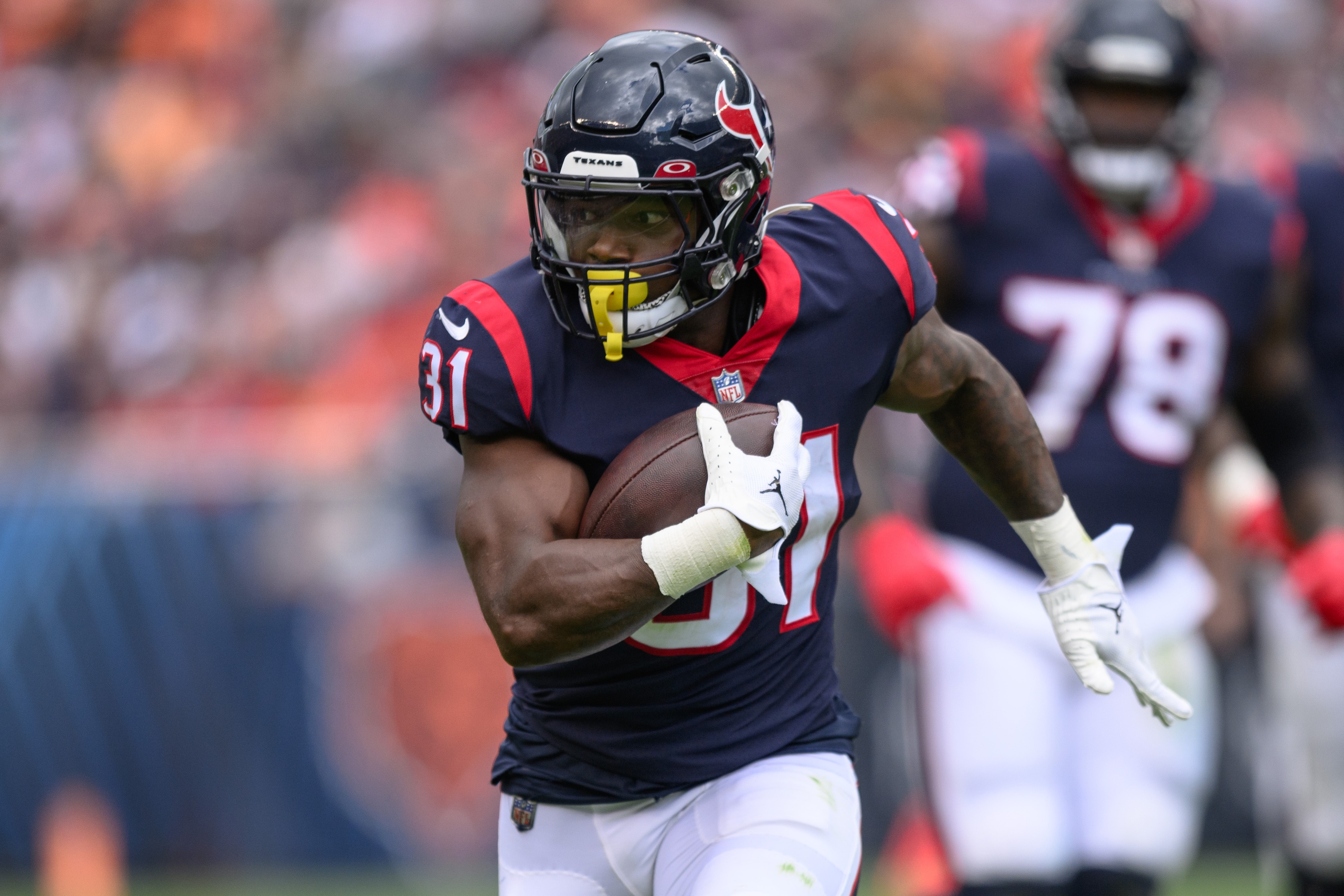 We more or less juiced out with our running back player props a few weeks back. Cordarrelle Patterson and Antonio Gibson got us back to the window to cash tickets in, but Brian Robinson Jr. came two yards away from going over his impost and Austin Ekeler laid an enormous egg in what I thought was going to be a smash spot for him against the Kansas City Chiefs. BetRivers Sportsbook took a small chunk from our bankroll that day, but I’m ready to get it all back and some heading into Week 13!

The Seahawks rookie running back is currently the -165 odds-on favorite to take home the Offensive Rookie of the Year Award. However, he hasn’t done much to state his case for putting the hardware on his mantle in recent weeks. The former Michigan State Spartan has combined for a grand total of 111 scrimmage yards over the last two weeks with only 43 of them coming on the ground. His fantasy supporters would be pulling their hair out right now if not for the pair of touchdowns logged in last week’s crazy overtime loss to the Raiders.

While the Rams sport one of the best overall run defenses in the game (No. 4), it’s been a stop unit to target for running backs excelled at catching passes out of the backfield. Los Angeles has allowed 55 of 69 pass attempts to get reeled in for 462 yards and a beefy 8.4 yards per reception. On top of that, the unit will be forced to play without stud DL Aaron Donald who has already been announced as out due to a sustained ankle injury from last week. His absence should part the seas for Kenneth Walker to run wild and lead Seattle to the much-needed road win. He’s received an average of 15.0 touches per game which should be more than enough for him to surpass this impost and hit pay dirt in a game the Seahawks are decided road favorites to win.

While the NFL betting world will be focusing solely on Deshaun Watson’s return under center in his Browns debut, I’ll instead be honing in on the Texans rookie running back whose undergone a steep fall from grace of late. Once the favorite to win the Offensive Rookie of the Year Award after getting out to a blazing start, Dameon Pierce has combined for just 16 yards on 15 overall totes of the rock over the last two weeks against the stout run defenses of the Washington Commanders and Miami Dolphins. He was completely taken out of the equation last week after the Fins took a 30-0 lead into halftime.

I don’t expect that to be the case in this one; not with Cleveland owners of one of the worst run defenses in the league. It’s seriously been a joke as to how terrible Myles Garrett and co. has been defending the run. They’ve been dissected to the tune of 131.5 yards per game (No. 23) and a healthy 4.8 yards per rush attempt (No. 26); an output that fattens up to 5.4 over the last three weeks! Though Houston is lined a 7-point home dog, I don’t expect the Browns offense to run like a well-oiled machine right out of the chute. The Texans keep it close for at least a half by way of utilizing their rookie running back on the ground which should put him in a position to eclipse this impost in the second half provided he doesn’t bust a big gainer early on. His rushing yard prop closed 80.5 and 85.5 the last two weeks but is now back down to a tick over 70 – I’m buying the dip!

If you read my quarterback player props piece for Week 13, you know I’m bullish on Justin Herbert going HAM in this divisional showdown with the Raiders. One of the reasons why is because of Austin Ekeler who finds himself in a blowup spot against a Las Vegas defense that’s been nothing short of a goldmine for prop bettors to fade and take advantage of every passing week. The Silver and Black have been gouged for over 250 passing yards per game (No. 26) due to a horrendous secondary and the inability of anyone but Maxx Crosby getting pressure on opposing quarterbacks. They rank No. 20 for the season in pressure rate (30.9%) as well as No. 25 over the last four weeks (27.7%)!

Along with the copious amount of yardage conceded on the ground, Vegas has also served up the third most receptions in the league to opposing RBs (71) and allowed them to get turned into a healthy 8.4 yards per snare (No. 30). Herbert has gotten the pigskin into Ekeler’s hands via the pass an average of 7.3 times per game. His 81.6 percent catch rate is tops in the NFL at the position. I expect No. 31 to be very busy for the Chargers Sunday afternoon both with his legs and hands!