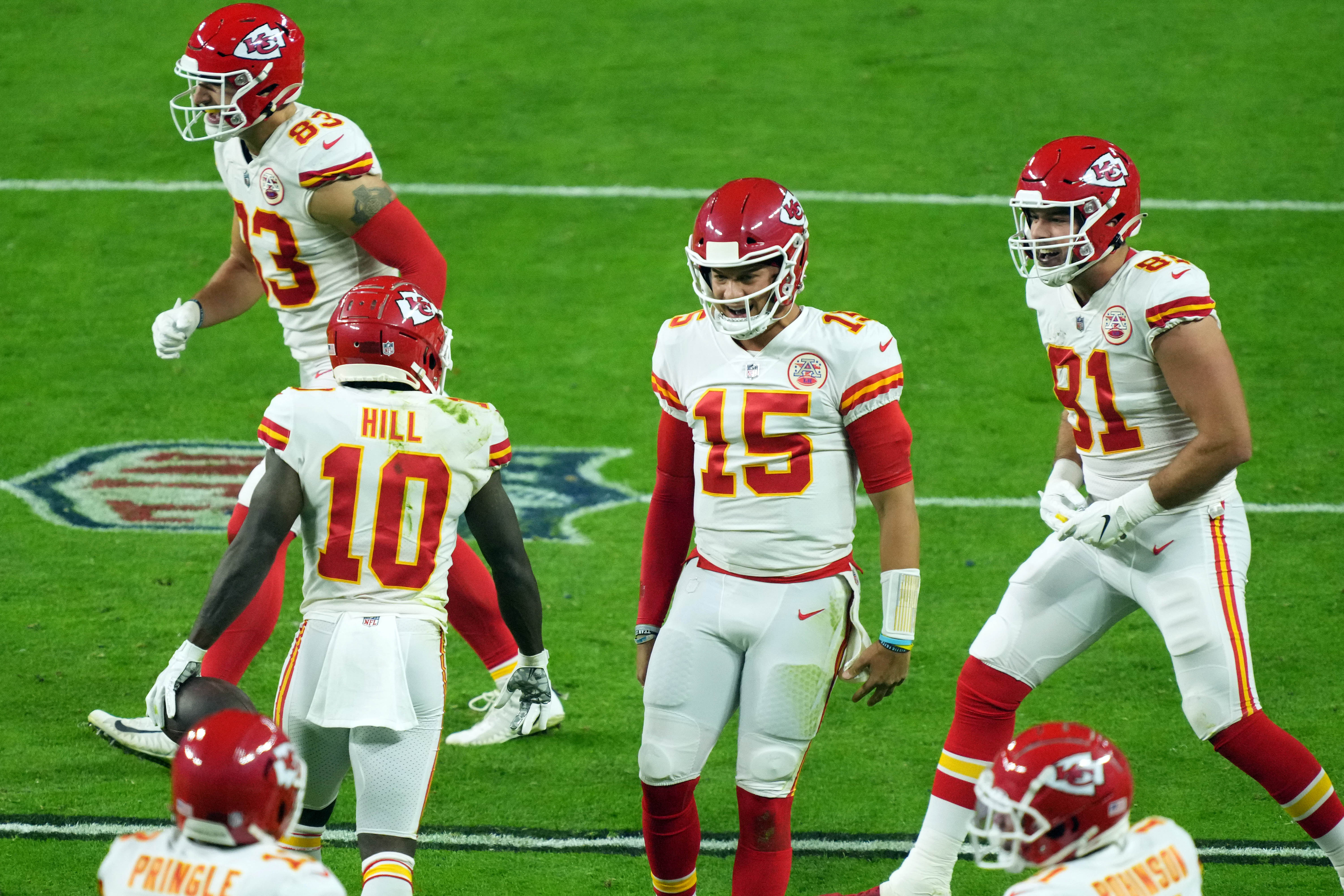 It looks like the Kansas City Chiefs are back to being the Kansas City Chiefs. They stomped division rival Las Vegas last week scoring more points in the 41-14 victory than they had in the previous two games combined. Their third consecutive win also moved KC into first place in the AFC West. Staying there could be a difficult task with the NFC East leading Dallas Cowboys paying a visit on Sunday afternoon. The Boys responded to an embarrassing home loss to Denver to stifle the Falcons 43-3 last week, their seventh win in eight games. The NFL latest line has the Chiefs positioned as a 2.5-point favorite.

The line has remained steady indicating oddsmakers got it right by making Kansas City a 2.5-point home favorite or the betting public is waiting to make NFL picks against the spread. Dallas is the most profitable team in the NFL with payouts in eight of its nine games. The Cowboys bounced back from their worst game of the season to play perhaps their best game in spanking Atlanta, easily covering the 8-point line. KC also had a strong outing covering the line against the Raiders, ending a 3-game ATS slide. While the line hasn’t changed, there’s been plenty of movement with the total. Bettors pounded the OVER causing a significant bump with the number wagered to 56 after opening at 53.5.

You can chalk up the Dallas reversal to two things: a healthy Dak Prescott and an improved defense. The Boys boasted one of the top offensive units in the NFL last season until Dak was lost for the season in Week 5. He led the NFL in passing yards at the time of his injury but the Cowboys were only 2-3 in his starts because the defense was horrible. The unit allowed more than 30 points in four of those games and yielded a total of 73 points in the two victories.

The hiring of Dan Quinn has helped transform the stop unit and Prescott has remained upright. It’s added up to Dallas being one of the top teams in the NFL with a 7-2 SU ledger. And they’ve helped backers make a lot of money by going 8-1 ATS. This will be a good test for the Cowboys and especially their defense. One weakness has been defending the pass with the group allowing nearly 253 yards a game through the air to rank 21st. That is a bit misleading since opponents have thrown more playing catch up, but it’s an area the Chiefs will try and exploit.

The defense has forced 17 turnovers this season with 14 of those coming via interception. Be careful throwing against the Cowboys with Trevon Diggs lurking in the secondary. Diggs has an NFL high eight picks and is on pace to set a league record for most interceptions in a season.

The Chiefs are again among the NFL favorites this week as they’ve been all season. And they’ve had issues covering the spread, particularly at home. They are 3-2 SU at Arrowhead this season but they’ve yet to get a payout going 0-5 ATS. Dating back to last season and including playoffs, KC is 8-3 SU and just 1-10 ATS.

While there have been some anxious moments at the betting window, there’s also been some on the football field. The two-time defending AFC champs scuffled losing four of six games that had fans asking, what’s wrong with the Chiefs? Even wins over the Giants and Aaron Rodgers-less Packers didn’t do anything to silence critics. The Chiefs were winning, but they weren’t winning the way they used to. Patrick Mahomes was throwing interceptions at an alarming rate and the team scored 20 points or less in four of five games.

Mahomes looked like the former MVP in last week’s romp completing 35 of 50 for 406 yards with five touchdowns. And for the second straight game he did not throw a pick. Prior to that, he had at least one interception in seven consecutive games. We’ve seen the defense pick up the pace a bit, too. One of the sorriest in the league through the first five weeks, the group has allowed fewer than 20 points in four of the last five games with the UNDER going 4-1 in that span.

It might be time to make a Super Bowl bet on these teams the way they’re playing. Dallas has been good all season with a top-10 scoring defense to go along with its potent offense. It’s been more of a struggle for the Chiefs, but they keep winning. The season-long body of work has me leaning toward the Cowboys and KC’s inability to cover at home is another reason. In what should be a close game I’ll take the points.