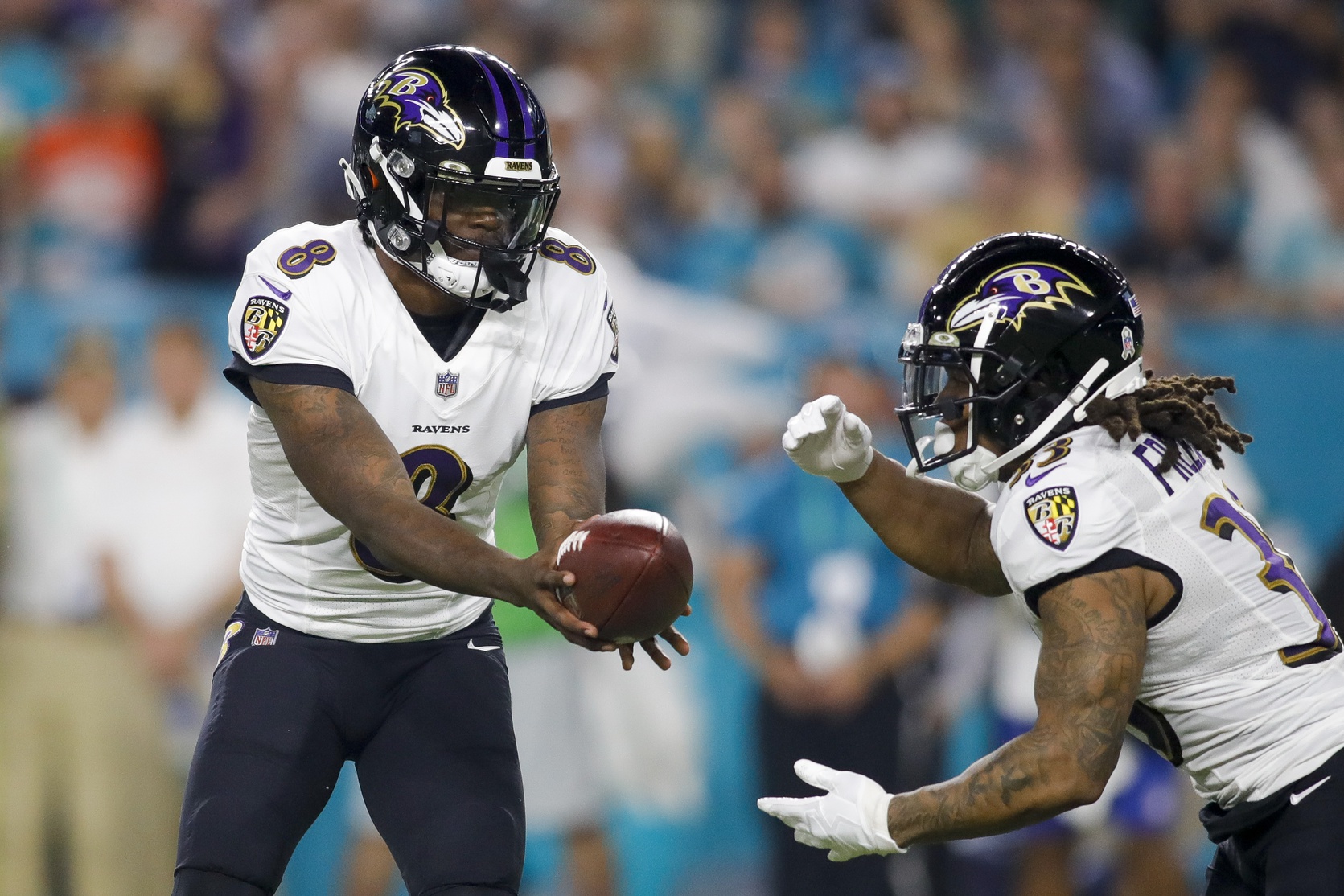 Week 1 of the 2022-23 NFL betting season has arrived! With the Bills and Rams kick starting the festivities on Thursday night, it’s finally time for NFL bettors to sit back and take in an entire Sunday slate of opening week action. BetRivers Sportsbook has had point spreads and totals on the board for months, so the time is now to check in and see exactly where the betting market has drawn its line in the sand.

I’m hopeful these weekly articles help fatten up the bankroll and lend a hand in helping you determine which sides or totals to back or stay away from.

Without any further ado, let’s put the woman and children to bed and go hunting for dinner!

While most of the line movement for this matchup between the Ravens and Jets can be attributed to the absence of Zach Wilson, who suffered an unfortunate knee injury in the preseason, the betting market has done nothing but allow for it to remain in this ballpark. John Harbaugh’s squad is currently the running favorite to win the AFC North at BetRivers, while the Jets figure to bring up the rear of the AFC East.

As such, it comes with little surprise to see the Ravens claiming 80 percent of the bets along with 87 percent of the money. There was, however, some buyback in late August, with the number to beat reaching -7.5 before coming to an even seven. It wouldn’t be surprising in the least if it passed the key number once again come kick-off with veteran Joe Flacco set to square off against his former team.

While the betting action isn’t nearly as one-sided, with the Saints only taking in 56 percent of the wagers, the same can’t be said of the money.

New Orleans has received a decided 84 percent of it and possibly even more come kick-off. That’s pretty eye-opening considering this will be Dennis Allen’s first go at it as a head coach; advantage Arthur Smith. The Saints could also be a bit susceptible in the secondary with it replacing both safety positions.

Say what you will about the Falcons, but they got arguably one of the better secondaries in the game as well as some nice new pieces on the offensive side of the ball. If ever you’re looking to bet a dog in the NFL, why not one that is home opposing a divisional opponent? These teams split their pair of meetings a season ago with the over cashing in comfortably both times.

These NFC non-conference rivals squared off a season ago in a game Philadelphia dominated from the second quarter onward. The score was 41-0 before the Lions finally got on the board midway through the fourth quarter. Think that 38-point loss has been stuck in the team’s craw throughout training camp? You can bet your bottom dollar Dan Campbell has his men ready to go for this one!

You have to imagine Detroit will put some points on the board this time around, and that’s exactly what the betting market is banking on, with the total up nearly a field goal with 82 percent of the bets and 98 percent of the handle in favor of the teams exchanging points all afternoon.  Dating back to 2007, this rivalry has combined for eight straight high scorers with an average of 56.8 points scored.

Even though Patrick Mahomes is working in an entirely new wide receiver corps, it hasn’t stopped the betting public from hammering the Chiefs in their Week 1 trip to the desert.

While the amount of bets on both teams is nearly even – 52 percent riding Kansas City – Andy Reid’s squad has taken in 88 percent of the money, forcing linemakers to bump the number to beat all the way up to -5.5. Pretty shocking when you take into account the game taking place in Kyler Murray and Co. backyard, but remember, Arizona was dog feces at home last year in going 3-5 SU while winning all but one of their nine played games on the road.

Zona is also dealing with a number of nagging injuries that has numerous players currently listed as questionable to give it a go. Just know that you’re getting the worst of the number if you decide to get involved with this one.

It’s the Russell Wilson revenge game with No. 3 leading the Denver Broncos into the house he once helped build. The point spread for this one immediately took off after hitting the board back in mid-May.

I sat and watched it go to -4, then -4.5, then -5 in a matter of minutes. When I checked back a week later, it was all the way at -6.5, where it currently resides. Linemakers have had a rough go of it attracting any Seattle money, with 83 percent of the bets and 90 percent of the money expecting the Broncos to log a win by margin.

This one could get ugly real quick with the Seahawks bringing in a ton of new faces to shore up what’s been a fledgling defense. It could, however, set up a nice second-half look on the under with Denver looking to get out healthy and turn its attention to next week’s home opener.