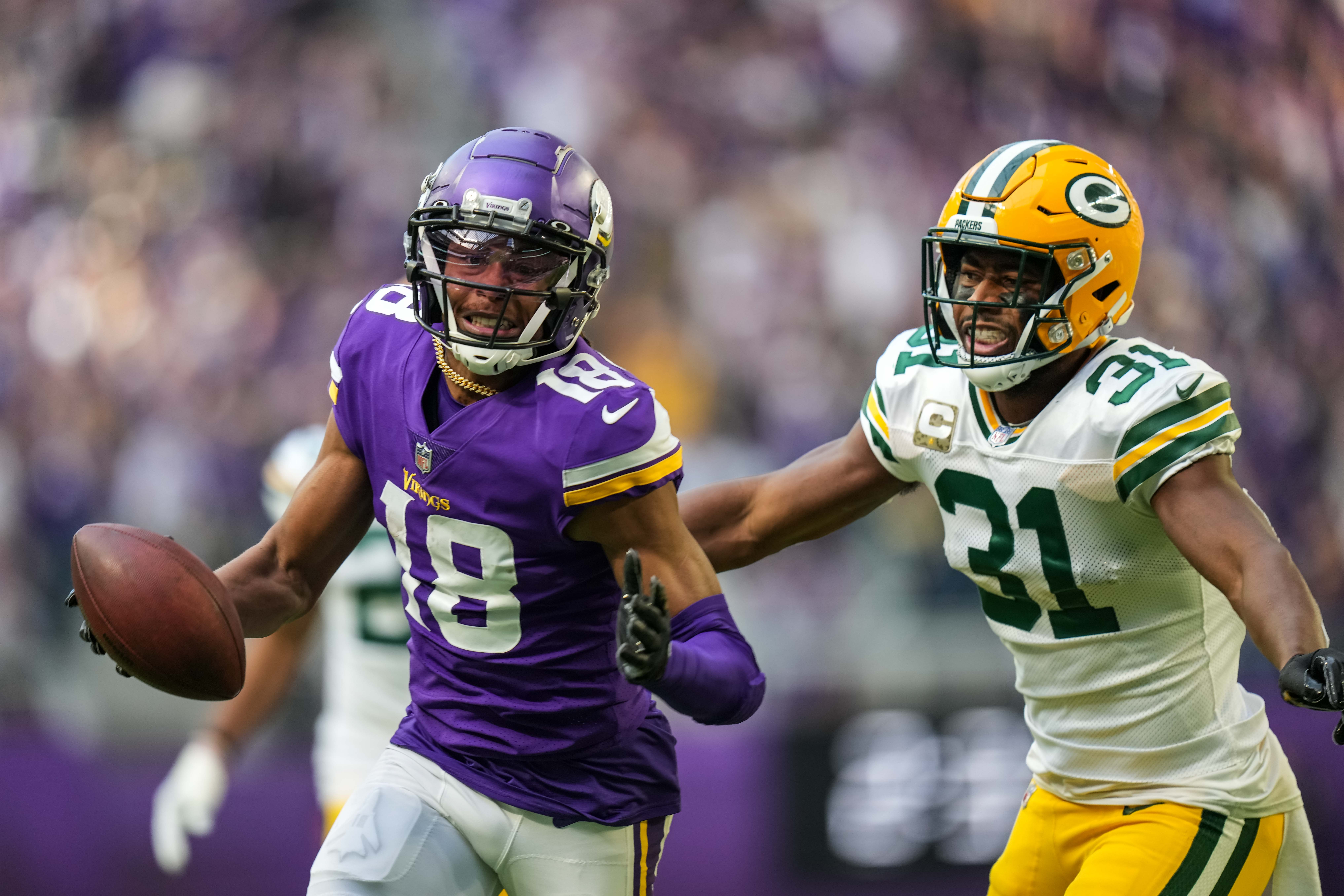 The Green Bay Packers have held the top seed in the NFC for most of the season, but they have no time to rest. Three teams trail the Packers by a single game for the top spot and the home field advantage that comes with that. Despite their marquee status and winning tradition, the Packers remain one of the most profitable teams on the board. Normally such teams have their NFL Football Lines value drained by squares that will bet the name brands regardless of price. At the other end of the spectrum is a Minnesota Vikings team that can’t gain traction. Under embattled coach Mike Zimmer, the Purple Gang can’t get out of its own way.

On Sunday, January 2, 2022, the Green Bay Packers will host the Minnesota Vikings at Lambeau Field in Green Bay, Wisconsin. Kickoff time is set for 8:20 p.m. ET with television coverage on NBC.

At the SugarHouse Sportsbook, the Green Bay Packers opened as a 6.5-point home favorite over the Minnesota Vikings with a total of 48.

Few teams in any sport are as public as the Packers. Green Bay boasts one of the NFL's largest and most generational fan bases. Few NFL teams have the Packers' rich history, tradition, and mystique. As a result, Green Bay is priced at full retail for NFL picks and parlays, if not a little bit above. What makes the Packers a fascinating study for handicappers is that they are such a reliable payout, especially on the Frozen Tundra of Lambeau Field. The Packers still get the money no matter what price the oddsmakers put up on Green Bay. For this matchup against the Minnesota Clown Show, the price on the Packers is no bargain. But convincing squares to step into Green Bay with the unreliable Vikings is next to impossible. Wise Guys are looking at Minnesota as a strong contrarian play against the public.

The Minnesota Vikings are on the bubble as the 8th team fighting for the 7th and final NFC Playoff spot. Minnesota trails the San Francisco 49ers and Philadelphia Eagles for the last postseason place by one game. Thus the Vikings must win out for NFL football betting picks and help. There is ZERO margin for error.

The Green Bay Packers lead the Dallas Cowboys, Los Angeles Rams, and Tampa Bay Buccaneers by one game for the top seed in the NFC standings.

Vikings Limp In Off Disappointing Defeat

Last Sunday, the Vikings lost at home to the Los Angeles Rams 30-23 as 3.5-point dogs for Free NFL picks. The game went over the total of 49. Minnesota now stands at 7-8 straight up, 8-7 against the spread, and 9-6 over the total. Overall the Vikings rank 9th in the NFL for total offense, and 12th for points scored. The Minnesota problem is a defense ranked 29th overall and 23rd for points allowed.
More than anything else, the Vikings are known for a 29-27 loss at the Detroit Lions on December 5. That defeat is likely to cost them a playoff berth.

Last Saturday, the Packers got past the Cleveland Browns 24-22 as 7.5-point home favorites. The game stayed under the Bet on NFL games total of 47. Now Green Bay is 12-3 straight up, 11-4 against the spread, and 6-9 under the total. Green Bay has overall NFL metrics of 15th for total offense and 13th for scoring. The Packers have committed the fewest turnovers in the NFL. Defensively Green Bay ranks 11th overall and 14th for points allowed.

Minnesota has covered the spread in just five of their last 15 games at Lambeau Field against the Packers. The Vikings have won four of their last five NFC North game straight up.

In this situation, the masses will bet on the Packers. This factor sets up a good contrarian play on the desperate Vikings. As mentioned earlier, the overlay prices on Green Bay are starting to damage their betting value.