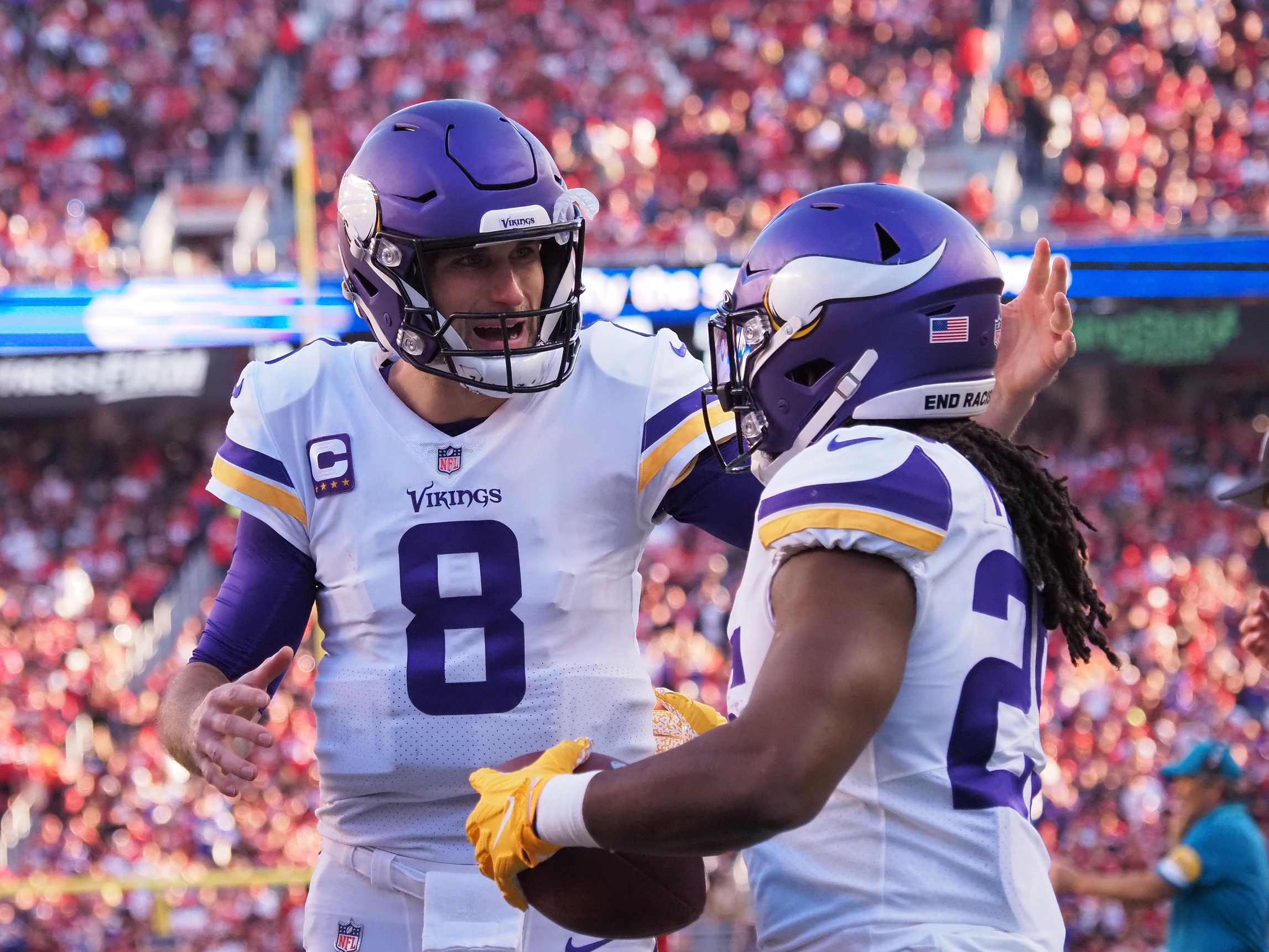 This week’s slate of NFL action is set to begin on Thursday night featuring a meeting between the Pittsburgh Steelers and the Minnesota Vikings.

The Steelers got themselves back into the playoff hunt with a huge come-from-behind win over division rival Baltimore on Sunday afternoon. The Vikings fell another game back of the Packers in the NFC North standings with a loss to Detroit. The win was the Lions’ first of the year, though they did finish in a tie with Pittsburgh last month.

Before making your Thursday night NFL pick, be sure to check out Betmaker for our preview and prediction between the Steelers and Vikings.

This matchup makes for one of the more interesting Thursday night games on the year. It’s a contest that will ultimately be decided when one team has possession of the ball.

Minnesota boasts one of the league’s most productive offenses. Kirk Cousins and Co. rank seventh in the NFL in total offense (385 ypg) and average nearly 26 points a game. They’ve scored at least 24 points in all but three matchups including each of their last five.

That offense will be tasked with matching up against a Steelers defense that is one of the NFL’s most aggressive. That group leads the league in sacks at 3.1 per game while they’ve held six of 12 opponents to 20 points or less. If that pass rush finds itself in Minnesota’s backfield, it will spell a long night for the Vikings.

While the scoring output has been fantastic for the Vikings, they’ve lost struggled in the win column due to porous play on defense. Minnesota ranks 30th in total defense and 25th in points allowed this year. Opponents have notched 27 points or more on seven separate occasions when facing that underperforming defensive unit.

Flip to Pittsburgh’s offense and you’ll see one of the more inconsistent groups in the NFL. They’ve racked up 20 points or more six times while having been held to 17 or less on the other six occasions. The Steelers rank as one of the least productive units in terms of yards per play as they average just five yards a snap.

Minnesota plays up or down to its opponent and is known to play in close games. In fact, 11 of the Vikings’ first 12 games have been decided by one score. The group has scored 308 points this year while allowing 305 for a near identical offensive and defensive output.

The over is 7-5 in Vikings games this season with a 4-1 mark over the last five contests. Over those last five matchups, the average combined point total has been 58.6 points. That’s well above the 44.5-point over/under that’s currently set for this matchup at SugarHouse sportsbook. It could a trend to continue watching into the upcoming matchup.

As for the Steelers, they’ve been extremely unpredictable. The group is just 5-7 against the spread and they’ve yet to cover as a favorite. In fact, in the five games that the Steelers have been favored, they’ve posted just a 2-2-1 overall record.

As an underdog, though, the story is much different. Pittsburgh has been one of the NFL’s best bets as an underdog, winning four games outright and notching a 5-2 mark against the spread. Will that continue in Minnesota? The Vikings are currently favored by 3.5 points according to the NFL latest line at SugarHouse.

Both of these teams have a tendency to play opponents close. The Steelers have seen seven of their last eight contests be decided by a score or less. The same is the case for the Vikings in 11 of their 12 outings.

Will we get the Steelers’ defense that just held Lamar Jackson and the Baltimore Ravens to 19 points or the one that gave up 41 points on consecutive nights to the Chargers and Bengals?

Can Pittsburgh’s inconsistent offense keep pace with Minnesota on the scoreboard?

We’ll stay away from the point totals in this one as you truly never know what you’ll get with either of these teams. Instead, rely on Pittsburgh’s success as an underdog and Minnesota’s knack for keeping games close.