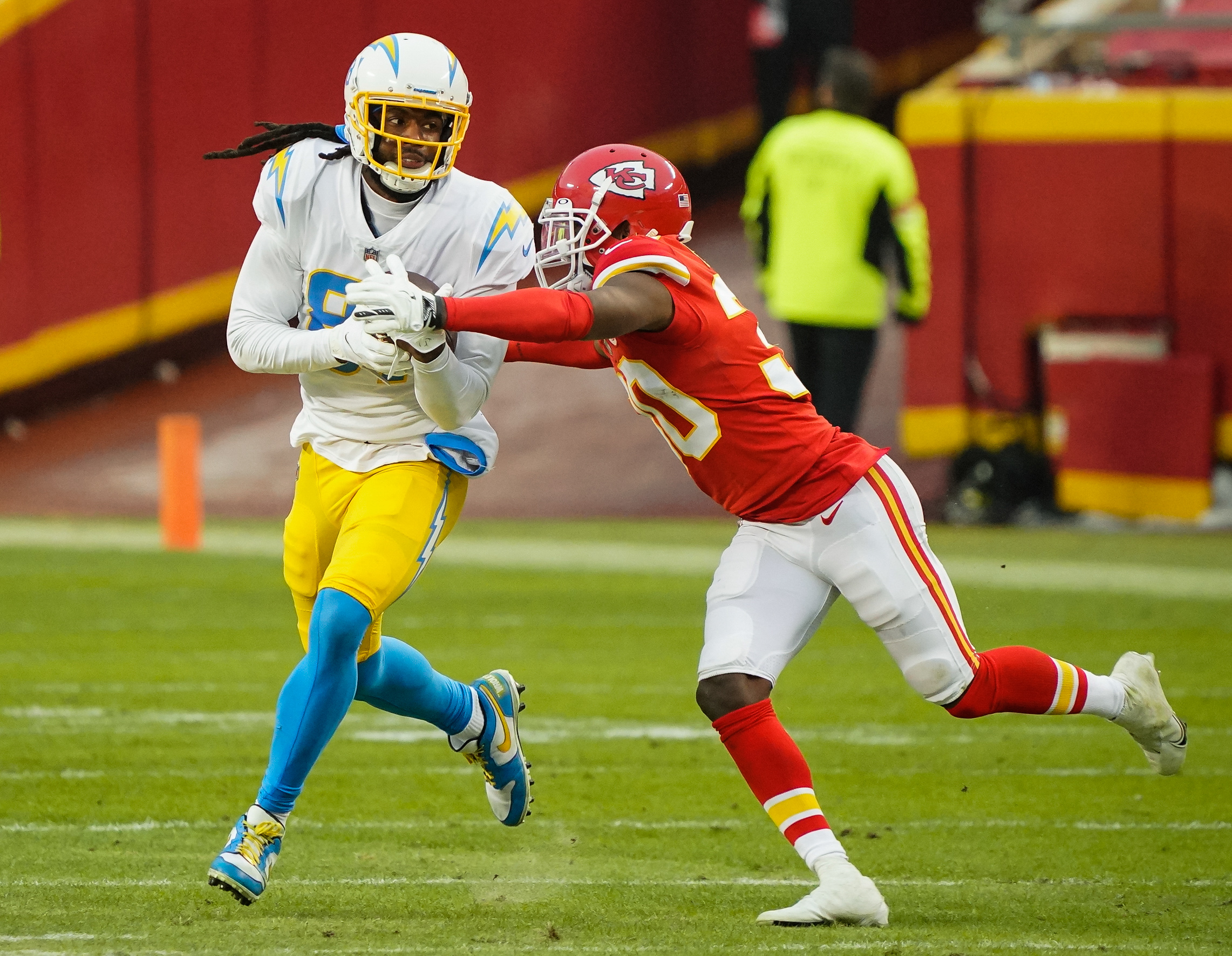 This week’s Thursday night contest pits two AFC West powers against one another as the Chiefs and Chargers battle for the top spot in the division standings. Kansas City has been hot on their trek for a third straight AFC Championship.

Upstart Los Angeles, on the other hand, continues to hang around. They currently sit just one game out of first place in the West at 8-5. A win would give the Chargers sole position of the top spot as they’ve already beaten Kansas City once this year.

Let’s take a look at Thursday night’s matchup to see where you should place your NFL wagers, and be sure to tune into Betmaker for all of your NFL betting needs.

Let’s start with the Chargers. Justin Herbert and the Los Angeles offense have been on an absolute tear, posting 27 points or more in seven of their last 11 contests. That includes three 40-point outputs as well as last week’s 37-point performance against the Giants. It’s safe to say the Chargers are a dangerous team that no one wants to face this postseason.

Those playmakers on offense have turned the group into a top 10 unit in terms of scoring, passing, and total offense. Herbert ranks third in the NFL in passing yardage and sits only behind Tom Brady in touchdowns thrown. The former first round pick is budding into one of the league’s young stars.

On defense, Los Angeles has been a bit more inconsistent. They’ve allowed nearly 26 points per outing, good for the seventh-worst mark in the NFL. That’s not a good sign with the Chiefs’ high-flying attack coming to town.

Speaking of the Chiefs, they’re fresh off of a 48-9 shellacking of the Raiders. It was the third consecutive game in which Kansas City held its opponent to fewer than 10 points on offense. It was also the second time in the last four matchups that the offense has topped 40 points.

Kansas City finds itself on a six-game winning streak due to a huge turnaround on defense. After surrendering 29 points or more in each of their first five outings, the Chiefs have allowed 17 points or less in seven of their last eight. Throughout this winning streak, the unit is allowing opponents to score less than 11 points a game.

We know what we’re getting with the offense in terms of production but if there’s an area of concern, it’s turnovers. Kansas City ranks in the bottom five in the league in fumbles lost and total giveaways. Patrick Mahomes has tossed 12 interceptions, too. If those struggles continue, Los Angeles could light up the scoreboard.

There are a few trends of note to keep track of before placing your NFL bets. We spoke of the Kansas City defense and its strong play over the last eight games. In those last eight contests, the under is 6-2. The under also hit in these two teams’ previous matchup though it was a high-scoring affair at 30-24. This week’s total is set at 50.5 at SugarHouse sportsbook.

The Chiefs have also been an NFL best bet over the last month of the season, posting a 4-0 mark against the spread. That includes the last two contests where they entered as two-score favorites. This week’s line is set at -3.5 in favor of the Chiefs. They’ve been favored in every game this year.

Los Angeles has seen a stark contrast in its scoring outcomes with the over hitting five times over the last seven outings. The average total in their last four contests sits right at 60 points with the Chargers winning three of those matchups. Los Angeles is a perfect 7-0 when they reach the 27-point mark. They’re just 1-5 when they don’t.

The Chargers are 4-1 outright when not closing as a favorite but they’ve also lost their last seven games against Kansas City at home. Which trend will continue against the Chiefs on Thursday?

The total in this matchup is typically high. These two teams have eclipsed the 50-point mark in five of the last seven meetings dating back to 2018. That includes each of the last two with Justin Herbert leading the Chargers’ offense.

Los Angeles also boasts a two-game winning streak in the series, scoring 30 points or more in both. Kansas City’s defense has been stellar over these last few weeks, but we’ll side with history on this one. Expect another high scoring matchup in LA.