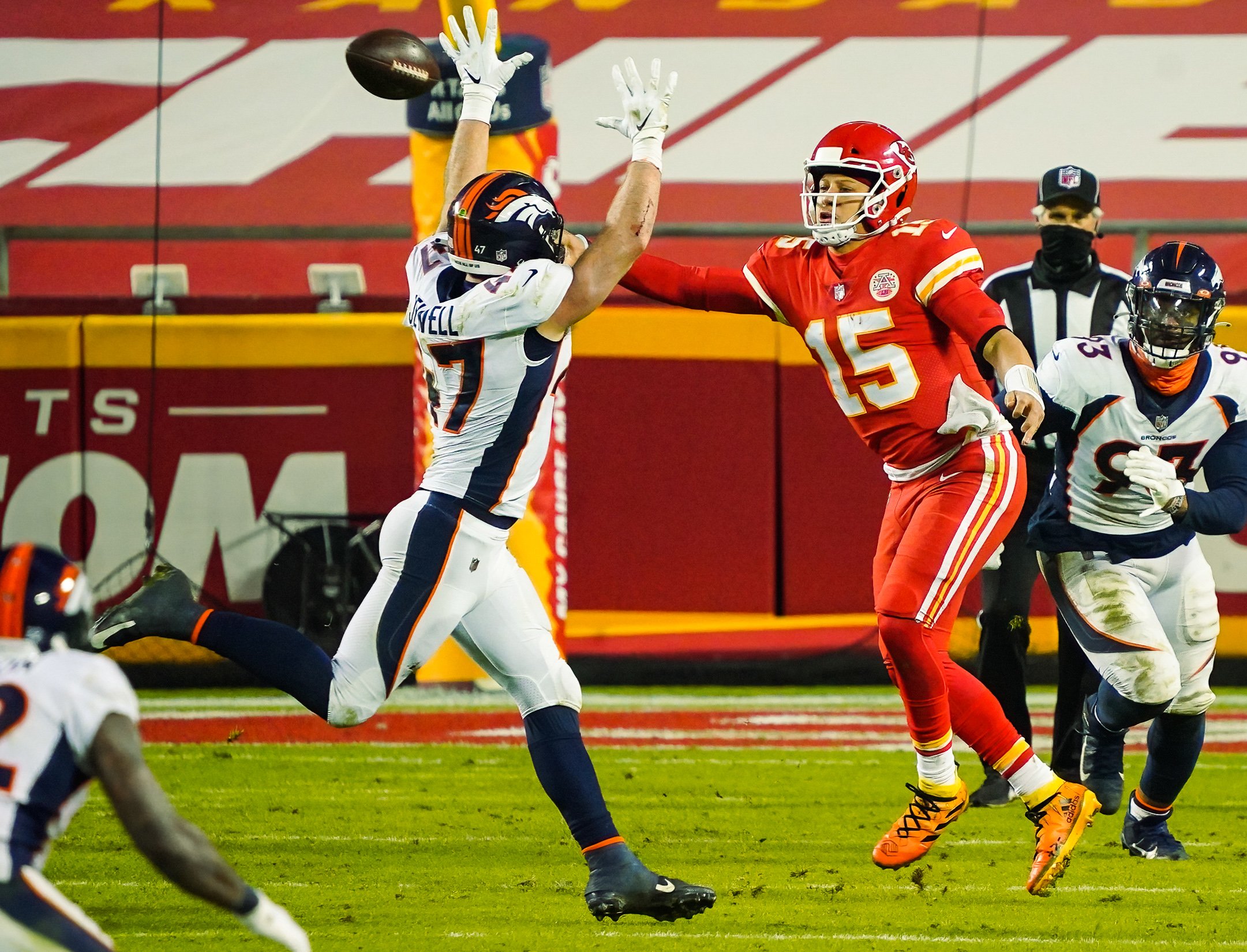 The Chiefs and Broncos square off this Sunday night in a matchup of AFC West powers. With a win, Denver can move into a tie for first place in the division standings. Otherwise, Kansas City will build on its current one-game stronghold.

After experiencing a midseason slide, Denver has gotten back in the win column three of their last four contests. That includes big wins over the Chargers and Cowboys.

Kansas City is seeing recent success, too, after a shaky start. The Chiefs have won four in a row and are starting to look like that Super Bowl bet we expected early in the year.

BetMaker previews Sunday’s matchup between these hated rivals and makes a pick of who will come out on top.

This will be the first of two meetings between these division foes this season as they square off in Arrowhead Stadium. The Chiefs took both matchups in 2020 but the Broncos are hungry for revenge.

It will be tough sledding for that Broncos offense as the Chiefs have surrendered an average of just over 10 points per game during their current winning streak. It’s a stark turnaround from the first half of the season where six of seven opponents scored 27 points or more.

On offense, the Chiefs have still been inconsistent. They rank first in the AFC in total offense at 402 yards per game but turnovers have limited scoring opportunities. Kansas City ranks 25th in the league in turnover margin and Patrick Mahomes is tied for fourth with 11 interceptions thrown.

That could prove problematic when facing a Denver defense that ranks third in the NFL in points allowed. The Broncos have held seven of their 12 opponents to 17 points or less while boasting a top 10 unit in terms of total defense. This will be the matchup of the game. If Denver fails to contain those talented Kansas City wideouts, they likely won’t have the firepower to keep pace on the scoreboard.

The Broncos, led by Teddy Bridgewater, rank near the bottom of the league in most offensive categories. They sit at 20th in total offense, 21st in the passing attack, and 21st in scoring. While they’ve done a nice job of taking care of the ball, crossing the goal line has sometimes proven difficult.

Check out these betting trends before making your next NFL wager.

The Chiefs are winners of four straight outings but they’ve not seen the same success against the spread. While they were able to cover their last two times out, they’re just 4-7 against the spread this season.

An even more surprising trend could be the fact that the under has hit in five of the Chiefs’ last six contests. As mentioned earlier, Kansas City entered the year with huge expectations on offense but they’ve struggled at times to put points on the board.

Unders have been even more lucrative when betting on the Broncos. The final score has fallen short of the point total in nine of Denver’s 11 matchups.

Finally, let’s look at home and away success. The Chiefs are just 1-5 against the spread at home this year while the Broncos are 2-1 as road underdogs, including an outright win as 10-point ‘dogs to the Cowboys earlier this month.

Denver easily covered last year’s two-touchdown spread on the road against the Chiefs in Arrowhead Stadium, too, losing 22-16.

The NFL latest line sees the Chiefs enter as 10-point favorites for Sunday night’s matchup with the over/under being set at 47 according to SugarHouse sportsbook. This seems to have the makings of another low scoring game in what should be a chilly night in Kansas City.

The Broncos have struggled to score all season and they’ll do their best to play keep away from the Chiefs. Don’t be tempted by Kansas City’s potentially potent offense! Five of their last six games have fallen below the 47-point mark.

KC has been too inconsistent to take the 10-point spread. Stick to the under in what we think could be a 27-17 type game.