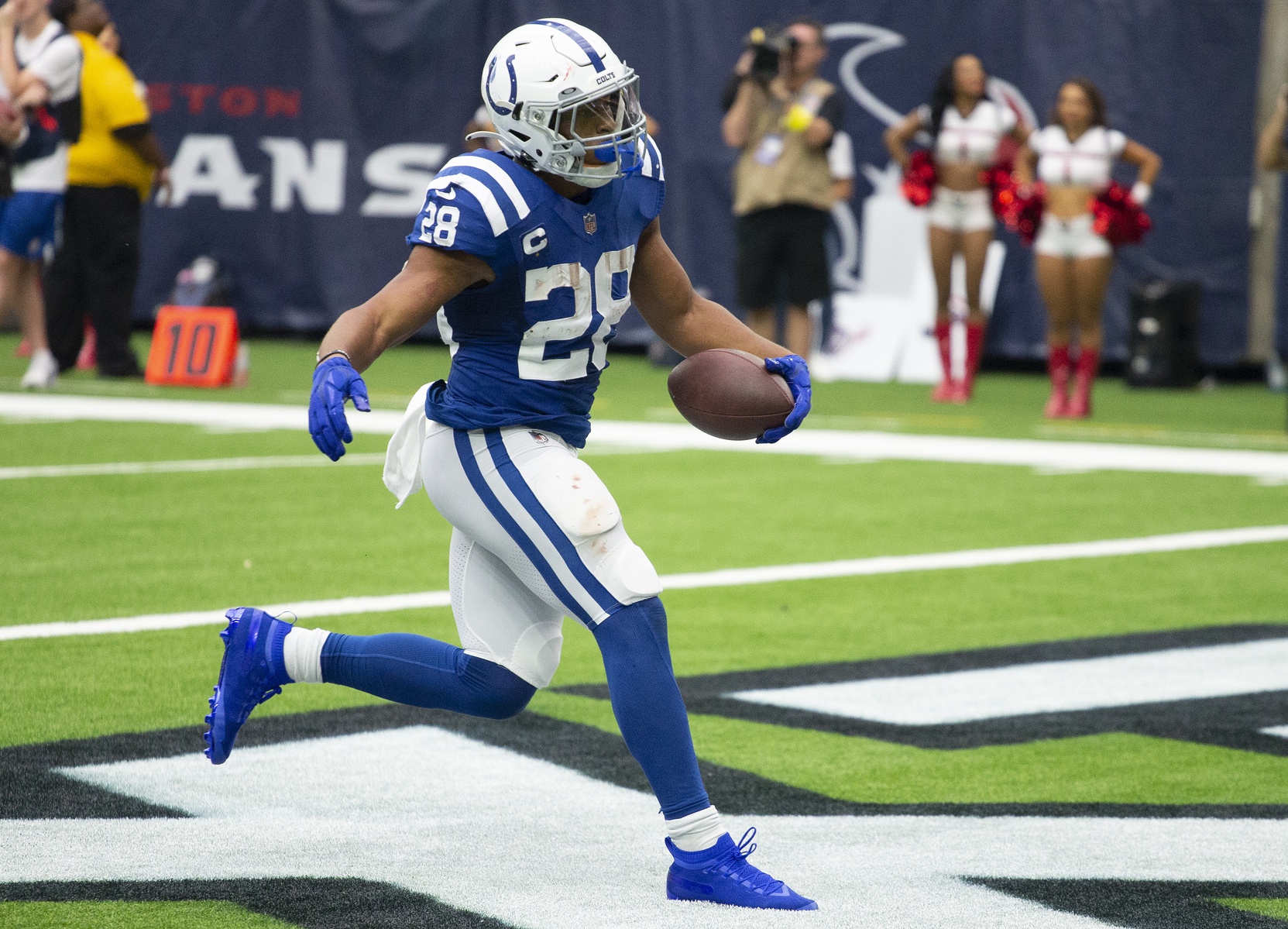 The running back position has evolved in a big way through the years. No longer is there really such a thing as a true bell cow back. They’re few and far between. Not with technology getting better and players getting bigger, stronger, and faster. The key to pinpointing the rushing yards leader used to be as easy as clicking the box next to Ezekiel Elliott or Derrick Henry’s name and pressing submit. That is no longer the case. Jonathan Taylor took advantage of King Henry’s absence last year by rushing for over 1,800 yards to take home bragging rights in his sophomore campaign.

While currently favored at BetRivers Sportsbook to pull off the feat in back-to-back years, I have reservations. The following are my favorite, underdog, and longshot suggestions to possibly unseat him heading into Week 3.

*All remaining players 120-1 or greater

The Lions RB1 is an interesting case study and one that’s proven to be very fragile over the course of his two-plus-year career. Having only suited up in 13 games each of the last two seasons and already carrying an injury designation over the last two weeks due to an ankle injury, there isn’t a more explosive running back in the league than the former Georgia Bulldog. While most of his damage is done by being a dual-threat, Swift seems to have taken it to the next level early on this season when his numbers been called to run with the pigskin.

Though he’s received 19 fewer rushes than current yardage leader Saquon Barkley, he’s only 36 yards off the pace. That means he’s averaging a cool 10.0 yards per carry folks - that’s elite! The Lions have assembled one heck of an offensive line in the Motor City, and that’s an advantage some of the guys currently ahead of him don’t have. On top of that, Detroit is expected to run up against the fifth easiest schedule in the league. So long as this kid can stay healthy and partake in a majority of games, he’s gonna have a shot. At 10-1, I can’t resist taking a stab!

Javonte Williams is another player to target in this range with it likely only a matter of time until the human battering ram forces the coaching staff to give him a higher percentage of the carries. Melvin Gordon is however still a thing so that factor keeps me off one of my favorite running backs. Have you seen how Lamar’s been carrying himself with the media? He hasn’t been his jovial self nearly as much and I love it! This dude wants to get paid and he looks to be hell-bent on making sure it happens sooner rather than later.

There isn’t another specimen in this league as lethal as the Ravens QB1 when in the open field. If he gets past the secondary, it’s lights out baby! That was eerily apparent for Miami this past Sunday when No. 8 fooled the Dolphins at the point of attack and then raced 79-yards to pay dirt. I could’ve done without the somersault into the end zone. Regardless, with Jackson treating every game as a business deal, I can’t pass at the opportunity of snagging 40-1 on a player with something to prove that will have ample opportunities per game to fatten the offer up.

Much would need to occur for this longshot to have a fighting chance. Most importantly, a season-ending injury would need to be incurred by Zeke. Either that or a prolonged absence due to a sustained injury. For my money, Pollard is the more explosive of the two backs by a wide margin.

While he hasn’t been able to mimic his 5.0 yard per carry average from his first three seasons, he’s only been given 15 opportunities through the first two weeks. With Dak Prescott out for at least the next month and Elliott likely to need more blows with regularity the deeper the season gets, there will be extra opportunities for Pollard to do damage. I fully expect him to make the most of them.

This lottery ticket will have a shot should Dallas suffer another catastrophic injury on the offensive side of the ball.