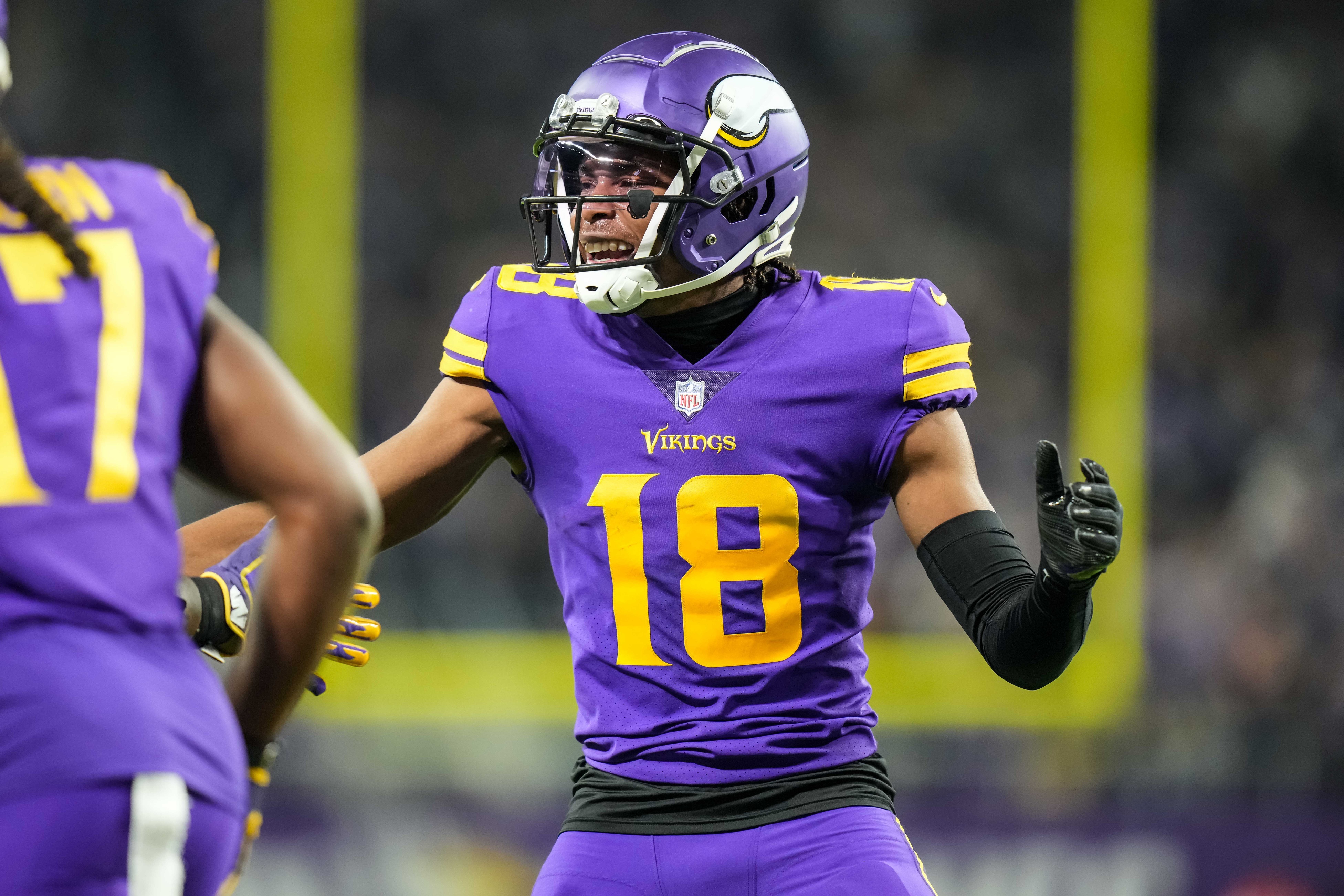 Back in 2012, Calvin Johnson became the only wide receiver to threaten surpassing the 2,000 yard plateau in the history of the NFL. That was until Cooper Kupp went for 1,947 yards last season but needed 23 more receptions than “Megatron” and still failed to surpass his 1,964 yard tally.

Regardless, it was one heck of a showing for the Los Angeles Rams WR1 who inarguably formed some rock solid chemistry with QB Matthew Stafford in his first go-round in Tinseltown. The band gets back together again in 2022-23 with some hardware in tow. As such, SugarHouse Sportsbook has Kupp lined the 8-1 favorite to once again lead the league in receiving yards come to the conclusion of the upcoming NFL betting season.

Don Hutson, Jim Benton, Mal Kutner, Raymond Berry, Bobby Mitchell, Jerry Rice, and Calvin Johnson are the only seven wide receivers to ever lead the league in receiving yards in back-to-back seasons; Hutson and Rice did it twice! If Kupp is simply cut from that same type of cloth, so be it! I’m fading the running favorite instead of hunting for a bigger game.

The following is a favorite, underdog, and longshot I’ve already invested in on the Most Receiving Yards Prop at SugarHouse with the belief their offerings shorten up considerably throughout the regular season.

All other players listed with odds of greater than    100-1.

If were looking for a player to take a precipitous jump in production much like Kupp did last season, it just might be the premier wide receiver strapping it up in the Twin Cities. I’ve enjoyed Justin Jefferson’s first two seasons from afar never getting the pleasure of owning him in my home league. The kid went undrafted in his rookie season but quickly became the waiver wire pick-up of the year after exploding for 1,400 yards and 7 TD with an average of 15.9 yards per reception. That stellar output was followed up with another 1,616 yards and 10 more tuddies in his sophomore campaign as he took the torch from Adam Thielen as SKOL’s WR1.

The Minnesota Vikings offense ranked out with the No. 11 passing attack last season. The unit scored a total of 425 points but finished the year with an 8-9 record mostly due to a porous defense that surrendered 426 total points and ranked No. 30 overall. Because of it, the new front office led by Kwesi Adofo-Mensah made it a point to improve defensively in the draft regardless of trading with a pair of division rivals to allow them to move up and potentially attain their WR1’s of the future. For the first time since Kirk Cousins came over to Minnesota from Washington, he’s got an offensive-minded coach at the helm in Kevin O’Connell. He called the offensive shots for the reigning Super Bowl champion Rams the last few seasons and is said to be itching to run a new pass-heavy approach that gets the ball to playmakers in ways they’ve never been utilized before. Yeah, sign me up with JJ to go HAM!

Courtland Sutton was something to behold in his first two NFL seasons. His rookie campaign saw him snag 42 receptions and turn them into 704 yards and 4 TD on an offense that showcased Emmanuel Sanders and loved to run the football with Case Keenum under center. The following year with Joe Flacco and Drew Lock throwing him a bulk of his passes, Sutton eclipsed the 1,100-yard barrier and scored 6 TD by way of reeling in 30 more receptions. Then the injury bug took a bite out of his knee in Week 1 of 2020-21, and it cost him the remainder of the season; a painful blow to fantasy footballers that burned an early draft pick on him. He returned to action last season but wasn’t himself finishing with 776 yards and 2 TD while averaging a career-low 13.4 yards per reception.

Much of that had to do with the ineptitude under center. Sorry, but Teddy Bridgewater ain’t the guy! That however won’t be the case in 2022-23 with Russell Wilson taking his talents to the Mile High City where he’ll attempt to win another Super Bowl for the Denver Broncos much like Peyton Manning did back in 2015. If the good Russ shows up in Denver, the Broncos offense could be electric. It’s got a stud in the backfield in Javonte Williams, a Super Bowl winning quarterback manning the huddle, and some exceptional receiving talent spearheaded by none other than Sutton. There’s no way he offers up a 40-1 return after the first two weeks of the season – buy now!

One of the biggest longshots on the board, I’m a sucker for Toney! I keep going back to that absurd game he had in his rookie season in Dallas back in Week 5. Though the Cowboys were up comfortably in the game, he looked like a man amongst boys out there reeling in 10 of 13 targets and turning them into 189 scoreless yards. It, unfortunately, proved to be his only eye-opening showing of the season with numerous injuries stymying what could have been a memorable rookie year.

This dart throw ultimately comes down to the new coaching staff making its mark on an offense that’s been laugh out loud hilarious to watch with the two prior staff bumbling and stumbling all over themselves on the sideline. Brian Daboll already proved to be a quarterback whisperer in Buffalo turning Josh Allen into one of the premier quarterbacks in the league. If he can work his magic on “Danny Dimes,” I truly believe the GMEN have it in them to pull off a worst-to-first feat! I love the talent on this offensive roster and have been praying it all comes together at some point. No better time than now to make it a reality!