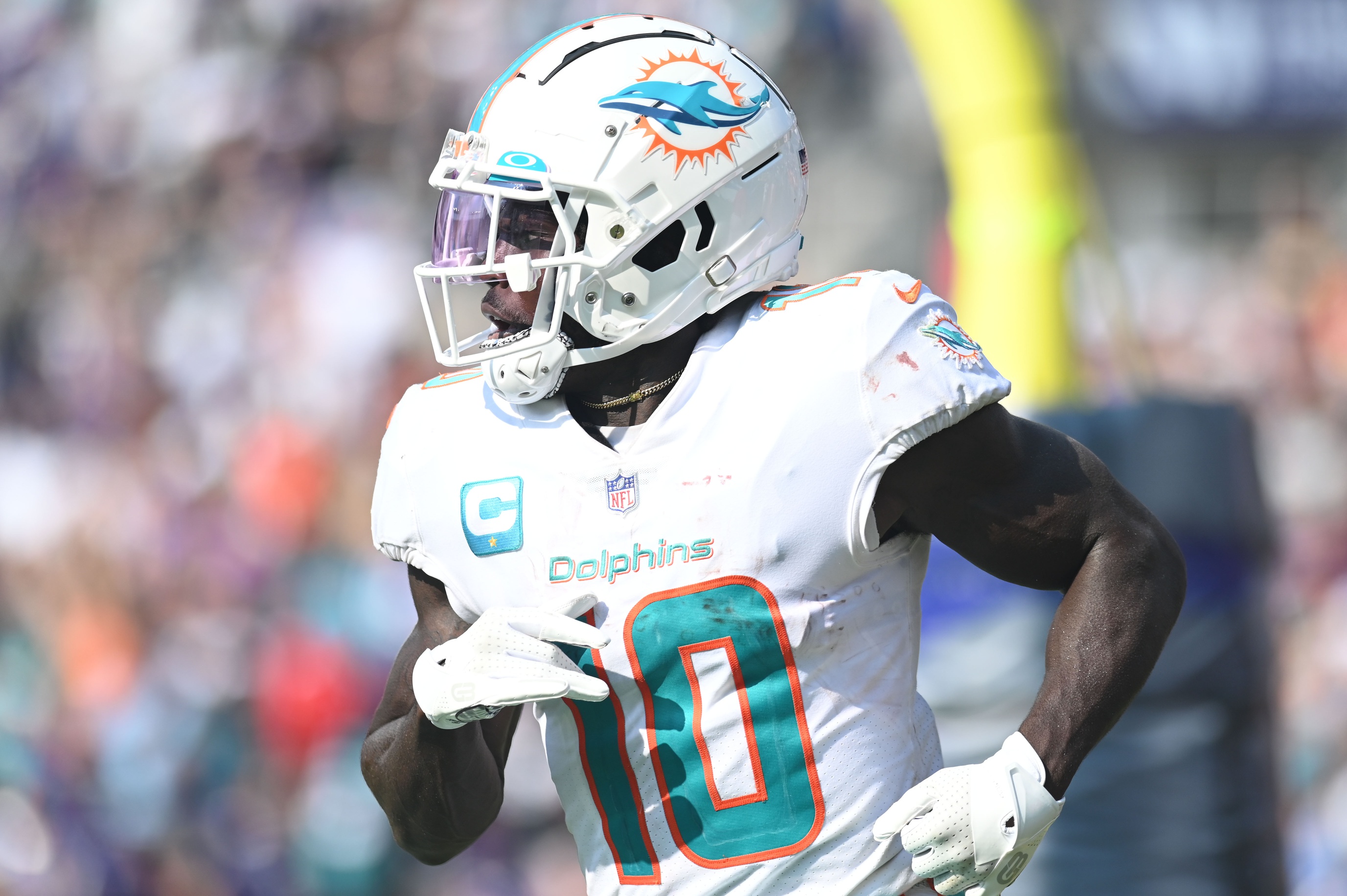 The talent at the wide receiver position is ungodly in this day and age of the NFL. That was clearly apparent last season when the Rams Cooper Kupp nearly became the first pass catcher in the history of the game to surpass the 2,000 receiving yard plateau in a single season. He and Calvin Johnson are now the only two wide receivers to ever go for 1,900+ yards. Not even Jerry Rice pulled off that feat! At the rate yardage is being racked up this season, it would hardly come as a shock to see someone break the record in short order.

With six weeks in the books, it’s time to put the odds for the most receiving yards under the microscope at BetRivers Sportsbook and see if we can’t weed out the winner. The following are my favorite, underdog, and longshot recommendations heading into Week 7.

I see no reason to stray from the current clubhouse leader with “The Cheetah” tearing things up for his new squad regardless of whichever Dolphins quarterback situated himself under center. Miami is currently the owner of the league’s second most potent passing attack that’s averaged 285 yards per game. Hill has been able to do his thing whether it’s been Tua Tagovailoa, Teddy Bridgewater, or rookie Skyler Thompson throwing him the football. He’s averaged 116.8 yards per game which puts him just shy of 1,986 yards for the season stretching that output over a full 17 game schedule.

No player has more air yards (744) and his 30.8 percent target share ranks out amongst the top-five. His No. 27 ranked average depth of target doesn’t bother me in the least with Hill readily able to gain most of his yardage after securing the catch. To bolster backing the chalk in this prop category, just know Hill’s 3.67 yards per route run is over .70 yards higher than the next biggest gainer in Stefon Diggs. With the way Miami has let it fly under the new coaching staff, I don’t think there’s any stopping Miami’s WR1 provided he stays healthy all the way through.

We’re getting some exceptional line value with last year’s Rookie of the Year Award winner! Though it was even juicier before he went HAM against the Saints last week, I’m still very cool with a 25-1 take back on a player who might just finally be hitting his stride. Chase is an obscene athletic talent who’s workout metrics are off that charts over at Player Profiler. The Bengals march out one of the more efficient passing attacks in the league. Joe Burrow is a young stud, and Chase is buoyed by some other exceptional wide receivers that opposing defenses must also pay attention to.

No receiver has run more routes than the Bengals WR1 through the first six weeks (258). While only being targeted on 24 percent of those saunters (No. 25), Chase has made up for it by clocking in with 621 air yards (No. 9) and a near 28 percent target share (No. 11). To put that in perspective, Tee Higgins only garners 16.6 percent of the targets followed by Hayden Hurst (13.9%), and Tyler Boyd (12.6%). Chase is far and away the main attraction of the offense so I’m thinking more 130+ yard outbursts like the one just put forth against New Orleans are coming.

The former OU standout has only gone for 409 receiving yards through the first six weeks. While that has much to do with the Cowboys always looking to make hay on the ground with what’s been a formidable rushing attack for years, it had even more to do with Cooper Rush throwing him passes for a majority of the season. That however is going to end in Week 7 with Dak Prescott expected to be back under center for Sunday’s home clash with the Detroit Lions.

You can’t help but love the current takeback with CeeDee at BetRivers with it double what he initially hit the board at to lead the league in receiving yards. Though he’s only run 185 total routes through six games, only Hill and Drake London have tallied a higher percentage of targets (32.4%). On top of that, his 33.5 percent target share leads the league and he ranks No. 11 in air yards behind Ja’Marr (593). Like Chase, he’s the primary target of the receiving corps with No. 88 hogging over 39 percent of his team’s air yards (No. 6). With Dak back in the mix, we could be on the precipice of a Lamb breakout and we’re going to want to lock his pay-off in now before he explodes!