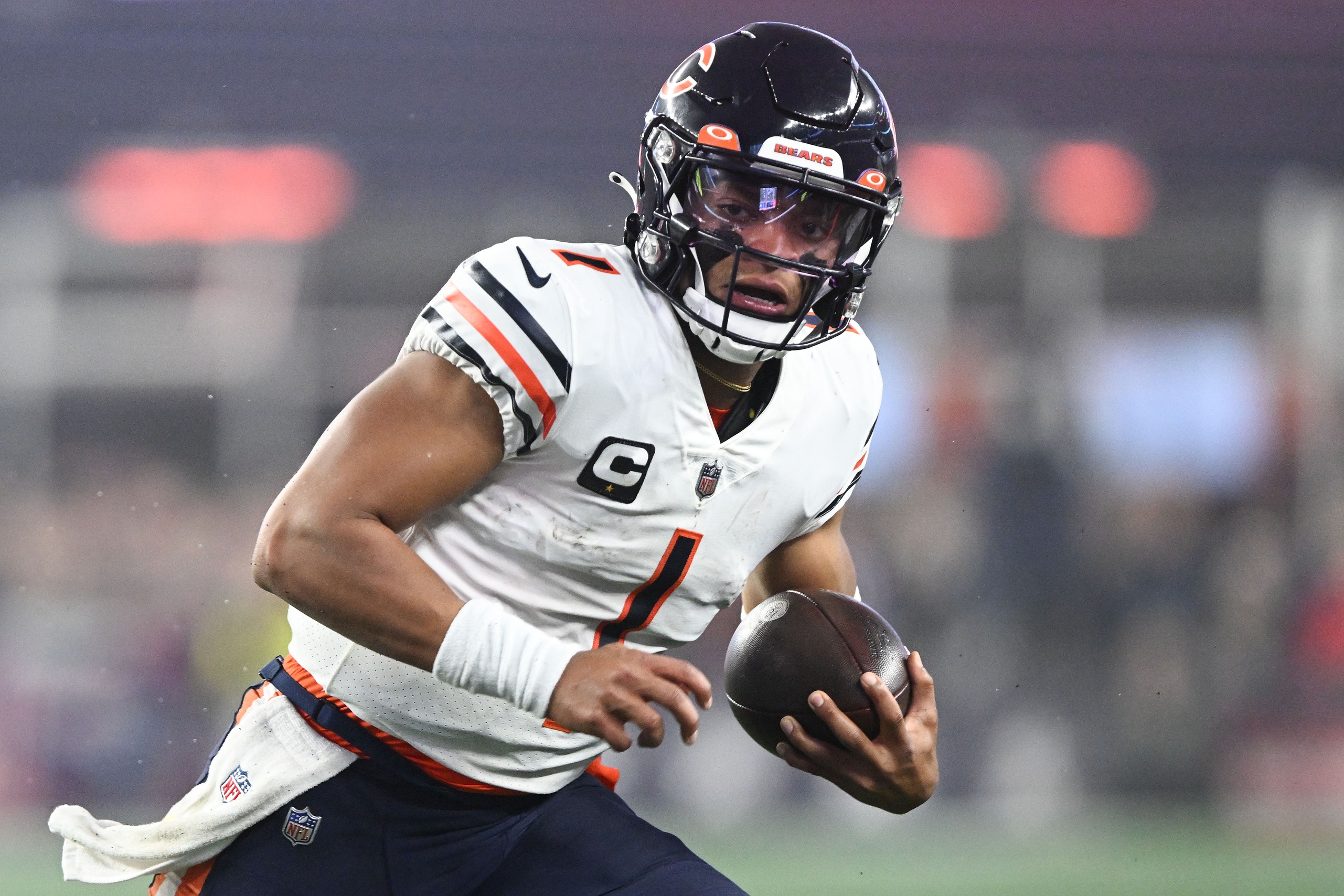 If not for the Raiders no-show in the bayou, we would’ve busted out the brooms with the three QB props I recommended hammering at PointsBet Sportsbook in Week 8. Though Arizona ultimately failed to cover the closing NFL odds at Minnesota in a 34-26 defeat, Kyler Murray ripped a very beatable Vikings secondary through the air as expected. I didn’t expect Kenny Pickett to have much of a shot showing out against the Eagles stingy secondary, and he made good on that expectation by failing to throw for 200 yards leading to an easy ticket cash on the under. I got to stop backing Derek Carr! He’s stolen bankroll now each of the last two weeks.

That makes it two straight winning weeks for my quarterback props. Here’s to adding more to the bottom line in Week 9!

We’re getting a bit of a discount in this rematch with the division rivals playing to a surprising 19-9 defensive grinder in front of the 12th Man back in Week 6. Smith’s passing yards prop opened 161.5 and closed 166.5 for that matchup. He ended up cashing under tickets after completing 20 of 31 passes for less than 200 yards without a touchdown or interception thrown.

The total for Sunday’s clash in the desert hit the board 49.5 before being bet down to 49 then back up to 50. Zona has conceded 34 points in back-to-back contests and still trots out the league’s No. 23 ranked pass defense that serves up better than 252 yards per game. With the Cardinals more adept at stopping the run (No. 13) and likely to challenge its 26-point team total in the rematch, the Seahawks likely won’t be able to bank on their rookie running back to sweep the series.

Geno Smith is going to need to pass and I foresee him having success doing exactly just that!

The Bears maligned QB1 has been making waves in fantasy circles recently with Chicago finally looking like it actually gets what the new coaching staff is trying to do on the offensive side of the ball. Though they went on to get trounced by 20 points in Big D last Sunday, Fields still put forth a commendable performance that saw him rank out as Week 8’s QB5. He pulled it off by way of throwing for 151 and a couple scores on 17 of 23 passing, but also picked up another 60 yards and a score with his legs.

I’m targeting his rushing yards prop in this matchup against a Miami Dolphins defense that’s been susceptible to dual-threat quarterbacks. In terms of yardage allowed, it ranks No. 28 overall in conceding 192 yards and 5.6 yards per carry. Justin Fields has averaged 10.5 carries per game over the last four weeks and averaged 69.3 yards in those contests.

The Fins served up 119 yards on nine carries to a similar dual-threat as Fields in Lamar Jackson. He went for a 79-yard touchdown gallop in that one, so I’m thinking another big gainer could be in store for No. 1. Linemakers have gradually increased his rushing yards prop since opening week. It’s ranged from 31.5 to where it currently sits. It’s not enough! We’ll stop blindly backing the over once it starts hitting the board in the high 50s!

Crucial spot here for both the Colts and Patriots in what linemakers at PointsBet expect to be a defensive oriented game. New England is currently favored by 5.5 points with the O/U set at 40.5 – the lowest of the Week 9 slate. That has the Pats team total in the neighborhood of 23 points running up against an Indianapolis pass defense that’s proven to be the strength of the unit (No. 8). It’s allowed fewer than 200 passing yards per game, and enters this tilt off allowing Taylor Heinicke to snap a two-game stretch in which it served up fewer than 150 yards to both Ryan Tannehill and Trevor Lawrence.

It’s expected to be a bit windy in Foxboro on Sunday. That likely means New England looks to the ground early and often with its No. 13 ranked rushing attack looking to make hay against the weak link of the Colts defense (No. 17). I don’t foresee Sam Ehlinger getting Indy out to a sizeable lead – likely without Jonathan Taylor - to force the Patriots out of a positive game script. Look for a ton of Rhamondre Stevenson and Damian Harris in this one! Mac Jones should basically play the role of game manager that prevents him from surpassing this impost.