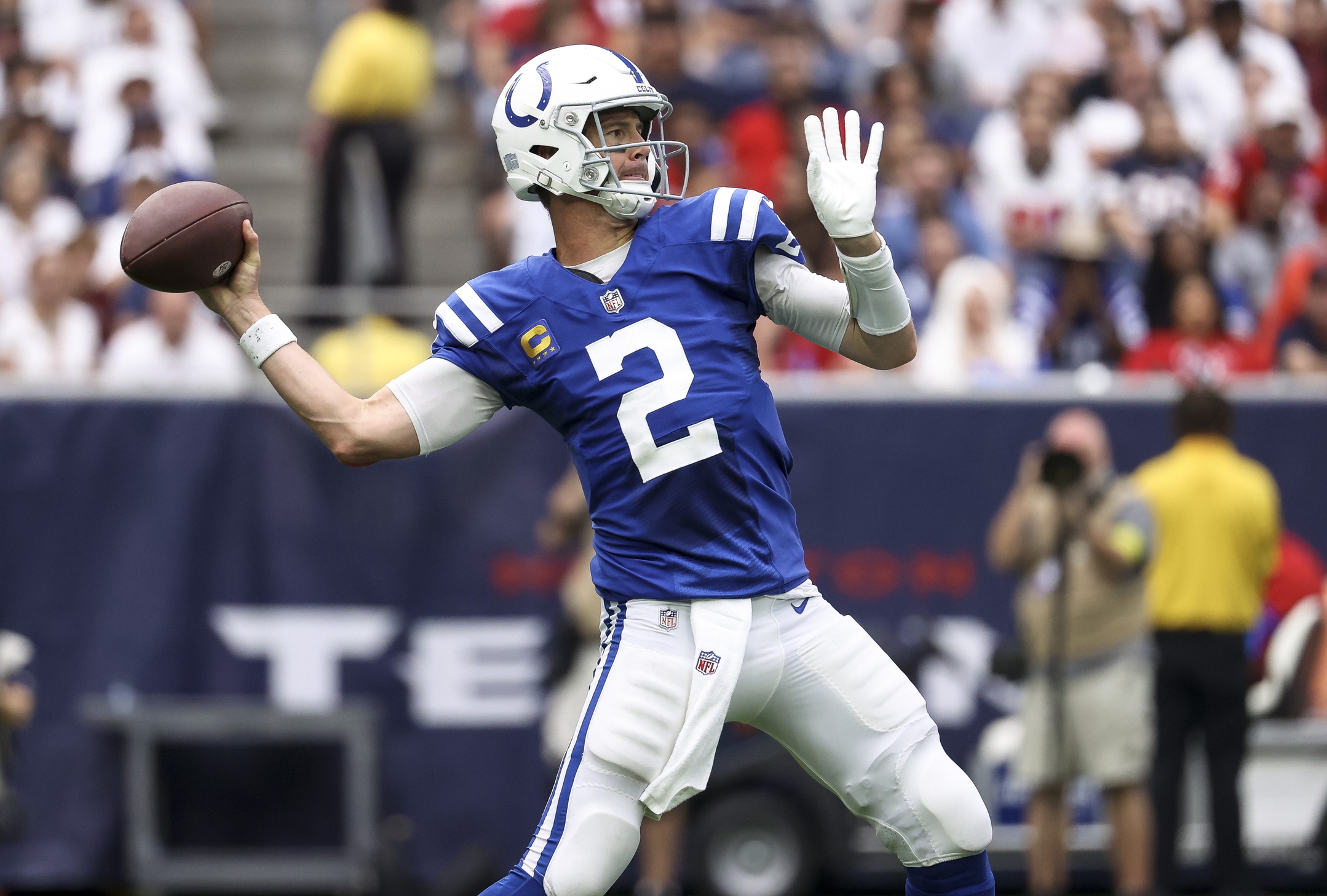 As great spread betting was for my bankroll at PointsBet Sportsbook the opening week of the NFL betting season, my player prop selections stunk up the joint. We ended up going 1-3 overall and suffered some nasty blows in the process. Had I known the 49ers and Bears would be playing in a monsoon for the entirety of the game, I would’ve played the under on everything and not bet Justin Fields rushing prop. Justin Herbert failed to throw for 350+ due to the Chargers attempting to play keep away after getting out to a 17-3 halftime lead. Never once did it cross my mind that James Robinson would be the Jags primary ball carrier.

His 11 carries to Etienne’s four saw the rookie just miss going over his rushing + receiving yards prop. The lone hit came on the under of Mitchell Trubisky’s passing yards prop. The game against Cincinnati went to overtime and he still couldn’t surpass it - My god does he suck!

Speaking of sucking, let’s not do that in Week 2!

So I’m thinking the matchup between the Commanders and Lions is going to see some points dent the board with the total bet up to 48.5 from the 44.5 opener. Though in catch-up mode, Detroit was still able to put 35 points on the board against what I believe to be a very solid Eagles defense. That’s not the case with Washington who allowed Trevor Lawrence to put forth one of his better passing outings as a pro.

With most of the Commander’s attention going the way of Amon-Ra St. Brown, it should allow Chark to get his in a complimentary fashion. He was the second-most targeted player on the team last week. Though he only caught four of eight passes, he still went for 52 yards and a score with a long of 22. Washington allowed Christian Kirk and Zay Jones to go bonkers deep last week, and Chark accrued the fourth most air yards against the Eagles. I think he smashes this number and scores another touchdown (+210).

Were you able to check out the game film of Samuel’s 78 scrimmage yards and a lone touchdown last week? If not, you’re probably still wondering why everyone in your home league rushed to the waiver wire and threw in a bid to get him on their roster. The dude looked scary good! Finally, the former Ohio State Buckeye is healthy and he looked to be making up for lost time.

Detroit was just ripped to smithereens by A.J. Brown for 155 yards. What I like most about Samuel in this offense is that the coaching staff attempts to get the ball in his hands numerous ways. He was targeted 10 times and also got in four carries. This Swiss army knife is going to have Detroit running in circles. Look for No. 10’s hot start to continue.

While it sucks Michael Pittman Jr. pulled up lame with a quad injury in the middle of the week, I still have ultimate confidence Matty Ice torches the Jaguars through the air anyway. Jacksonville just allowed Carson Wentz to rip it for over 300 passing yards and four touchdowns. The effort saw the Commanders QB1 rank out as the No. 3 QB for Week 1.

Should he miss, Ryan’s still got competent targets to get the ball to in Parris Campbell, Ashton Dulin, Kylen Granson, and Mo Alie-Cox. Not to mention both Jonathan Taylor and especially Nyheim Hines who would likely do damage after the Jags allowed 10 of 12 targets to RBs be converted into 92 yards. Indy’s got a bone to pick with this division rival, and I don’t foresee Reich letting off the gas; especially after settling for a tie in Houston last week.

The Denver Broncos failed miserably living up to expectations after allowing Seattle to not only cover but win outright in the first installment of Monday Night Football. One of the reasons why was because Javonte Williams fumbled one of two-second half go-ahead scores into the end zone; each of which was pounced on by the Seahawks defense.

While still in a timeshare with Melvin Gordon, Williams has already proven he’s the better, more explosive back. Denver is a huge 10-point favorite to win this game which suggests game script finds it rushing the ball a ton in the late stages of the game. Javonte already shattered this offering once this season, and I expect him to combine for 100+ once again. Take advantage of the prop line value while we got it!

The Cardinals were flat-out embarrassed last Sunday in dropping an ugly 44-21 decision to Kansas City. Even so, Kyler Murray still went on to have a decent day throwing for 193 yards and a couple scores while also ripping off 29 yards with his legs. Unfortunately, that final tally on the ground saw him just miss out on surpassing his rushing prop. That bodes well for us this week with it under the 30-yard threshold.

Many seem to be of the belief that Las Vegas waxes the Redbirds much like the Chiefs did last week. I beg to differ. The Raiders are still feeling themselves out. As such, this will be a more competitive game than the so-called experts think which means Kyler’s excelled scrambling abilities play much more of a role than they did last week.