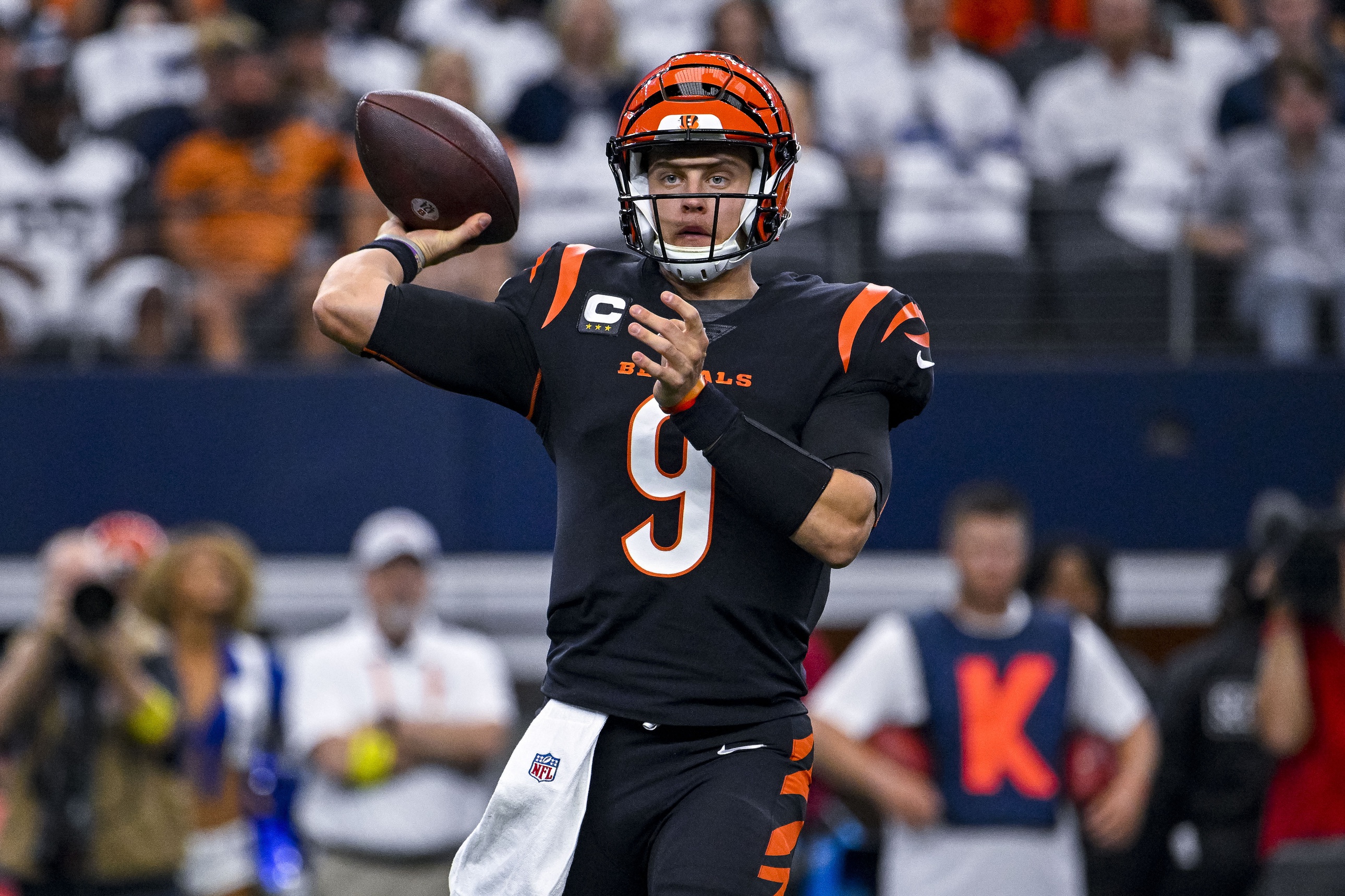 A different quarterback has thrown for the most passing yards in the NFL each of the last four seasons. The common denominator in taking home bragging rights has been eclipsing the 5,000 yard plateau. The only player not to do that and still become the league’s passing yards leader was Deshaun Watson in the COVID season. With 14 quarterbacks surpassing the 1,000 yard mark only four weeks into the season, it certainly looks like the 2022-23 race to the finish will be very exciting. The following are five field generals I’d throw some beer money on to throw for the most passing yards over at BetRivers Sportsbook.

While it’s been rough sledding getting on the same page with his realigned wide receiver corps, Mahomes has still gone on to throw for over 1,100 yards and completed better than 66 percent of his 146 passes. Even with Tyreek doing his things in Miami, the Chiefs enter Week 5 owners of the league’s No. 7 ranked passing attack. Travis Kelce is back to being Travis Kelce, and we’re yet to really see what rookie Skyy Moore has under his sleeve.

Ranked No. 12 in air yards and averaging just 7.1 per attempt (No. 27), I can’t help but think positive regression will take place once the pass catching corps gets into a better rhythm with one another.

Once Joey Brrrrr can stop running for his life, I expect the Bengals QB1 to ascend in the rankings rather quickly. How could he not with a wide receiver corps comprised of Ja’Marr Chase, Tee Higgins, and Tyler Boyd? And don’t forget about Joe Mixon catching passes out of the backfield. Cincy is the owner of the league’s No. 8 ranked passing attack that’s averaged better than 257 yards per game. His 1,106 passing yards ranks sixth as does his 1,165 air yards.

Look for Burrow to hang some crooked numbers in the coming weeks against some wretched pass defenses; starting Sunday night against the division rival Ravens!

The GOAT took home bragging rights last season after slinging the pigskin around the ball yard for a whopping 5,316 yards – the most of his career! Things haven’t gotten off to the greatest of starts for the Bucs QB1, but he’s still amassed 1,058 passing yards while churning out the fifth highest completion percentage (68.4%). Brady is yet to play a game with all his receivers healthy, but that’s about to change with Chris Godwin looking more like himself. The Week 4 coming out party for rookie Rachaad White only benefits the veteran even more.

16-1 is a great rate of return for Brady possibly repeating as the passing yards leader!

I don’t know about you, but I’ve thoroughly enjoyed watching Tua go to work with “The Cheetah” and Jaylen Waddle to this point of the season. While currently out of commission due to suffering what looked to be a nasty concussion, Tagovailoa can make up ground real quickly if he picks right back up where he left off. Having already thrown for over 1,000 yards in only 3.5 games of football, the Fins QB1 is a dark horse contender to take home the MVP Award and take Miami back to the playoffs.

Though well off the pace of the players listed up above in yardage, LJ enters Week 5 the top ranked fantasy quarterback ahead of Josh Allen and Jalen Hurts. He’s only thrown for 893 total yards, but has eclipsed the 1,050 air yard plateau. If the Ravens continue to allow opponents to destroy them through the air with no other teams allowing more yardage through the air, Baltimore is going to be forced to play in a number of shootouts the remainder of the season. Devin Duvernay and Rashod Bateman have proven readily able to reel in his long range strikes, and then there’s always the dependable Mark Andrews who vacuums up everything.

Lamar is playing for a big pay day which has me thinking more video game-esque efforts are in store the remainder of the year.