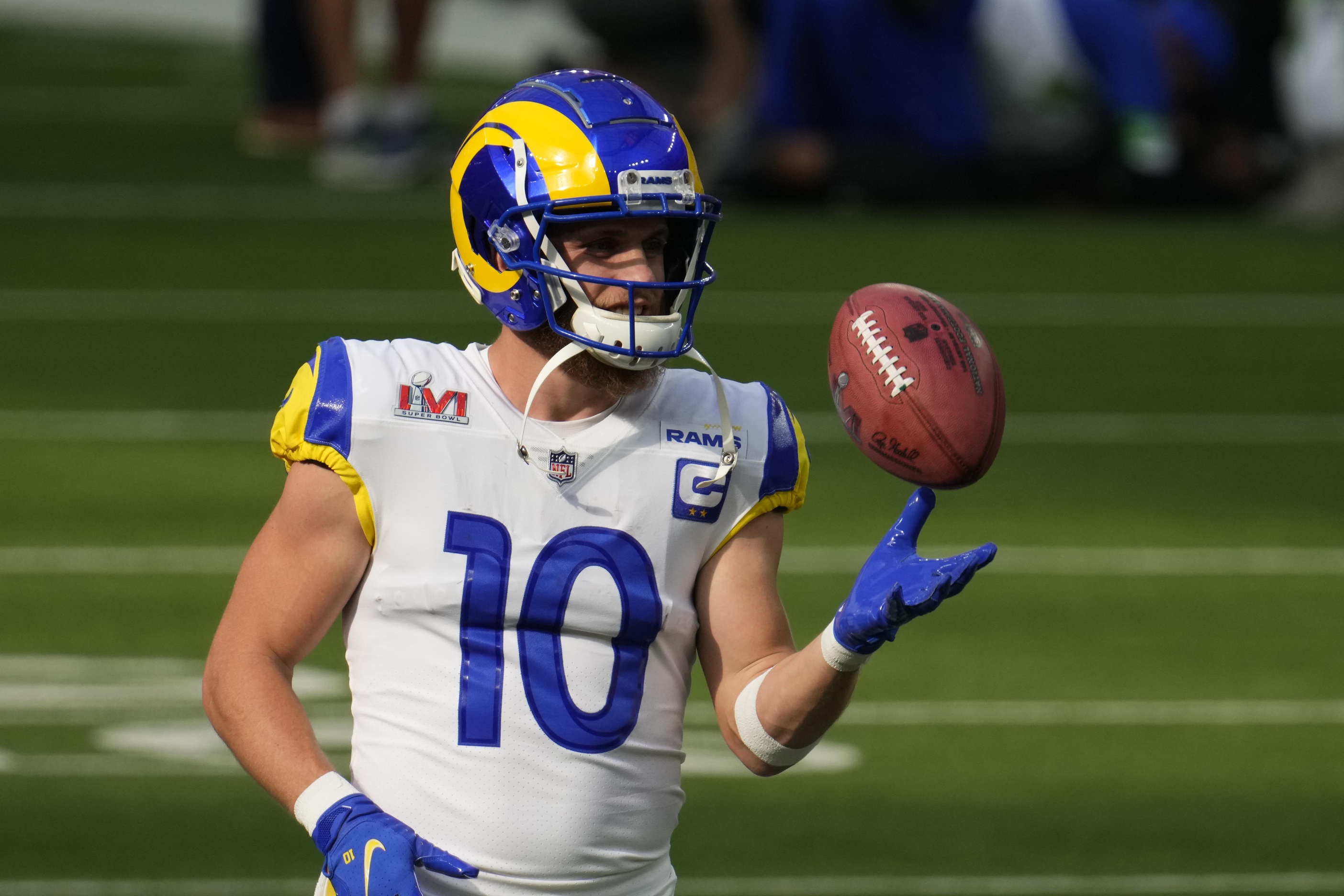 Herculean offensive performances have seen position players take home the Offensive Player of the Year Award each of the last three seasons. A whopping 149 receptions that led to 1,725 receiving yards and 10 total touchdowns saw Michael Thomas bring home the bacon as the WR1 for the New Orleans Saints back in 2019. Derrick Henry’s 2000+ yard rushing season saw him take home bragging rights the following season as the Tennessee Titans RB1. Then last season, Cooper Kupp went HAM with new QB Matthew Stafford at the helm reeling in 145 receptions and turning them into just short of 1,950 receiving yards and 16 touchdowns. Before that, quarterbacks secured the hardware six times dating back to 2010 with Patrick Mahomes getting the job done in 2018. So will a wide receiver prove to be the best offensive playmaker in the league for the third time in the last four seasons, or will another position player take home the OPOY in the 2022-23 NFL betting season? The following are five players I’ve invested in at DraftKings Sportsbook that could put forth campaigns worthy of being in the award’s discussions come the conclusion of Week 18.

NFL Offensive Player of the Year Odds at DraftKings Sportsbook

If not for Tom Brady going HAM a season ago in his age 44 season, Herbert would’ve thrown for the most yards in the league in just his second season calling the shots for the Chargers offense. His 5,014 passing yards and 38:15 TD/INT ratio allowed for the Bolts to win nine games and flirt with a return trip to the playoffs for the first time since 2018. In a division loaded with premiere quarterback talent, LA is going to need to bring it week in and week out to stick in the AFC west title race. If he throws for over 5K yards once again and helps the team punch a ticket to the second season this time around, he’ll be one of the favorites to win the award.

In two played seasons, Jefferson has reeled in 196 receptions and turned them into 3016 receiving yards and 17 TD. The only thing lacking from last year’s output that saw him better his rookie campaign overall were the downfield snags. His yards per target fell from 11.2 to 9.7 and scrimmage yards per touch fell from 15.8 to 14.3 with his longest snare only going for 56 yards compared to 71 the previous season. Even so, he averaged nearly one more full catch per game and averaged just over 95 receiving yards per game. If he continues to increase his output across the board, he could end up being the premiere wide receiver in the game. That would not only translate to some OPOY love, but MVP award attention as well!

As someone that took a shot with the former UNC Tar Heel in the sixth round of last year’s fantasy football draft, it pained me to watch Javonte Williams split time with veteran RB Melvin Gordon. The duo’s outputs were nearly identical with Williams combining for 1,219 scrimmage yards and 7 TD. With a new coaching staff in place and upper management likely to give their young buck more burn this season, I can’t help but think Javonte takes the opportunity and runs with it all the way to the bank. This kid is special with a capital “S” and I firmly expect him to turn some heads in his sophomore campaign.

If you can believe it, Amari Cooper will only be entering his age 28 season entering training camp. It sure seems like he’s been in the league much longer! Regardless of whether it’s Deshaun Watson or Baker Mayfield throwing him passes downfield, I expect to see a rejuvenated player take the field now that he’s out of that pressure cooker otherwise known as “JerryWorld.” There simply weren’t enough footballs to go around with the star power on Big D’s roster. Now the WR1 for a brand new team and looking to make a solid impression, look for a rejuvenated Cooper to hit the gridiron and flirt with being one of the premiere pass catchers in the game.

I’m pretty surprised to see the 2020 Heisman Trophy winner catching a 100-1 return to win the OPOY Award entering his second year in the NFL. The addition of A.J. Brown to the roster is going to do wonders for his overall output provided the injury bug doesn’t continue to hamper the former Titan like it did throughout his first three seasons in Tennessee. If both he and Brown are able to suit up with regularity, the Eagles are going to have one of the more potent offenses the league has to offer. Already backed by last year’s No. 1 ground assault with a QB in Jalen Hurts that can kill opposing defenses with both his arm and legs, DeVonta Smith is going to be a huge beneficiary of Brown’s presence on the field. So much so that he’s worth taking a shot at such an attractive pay-off.