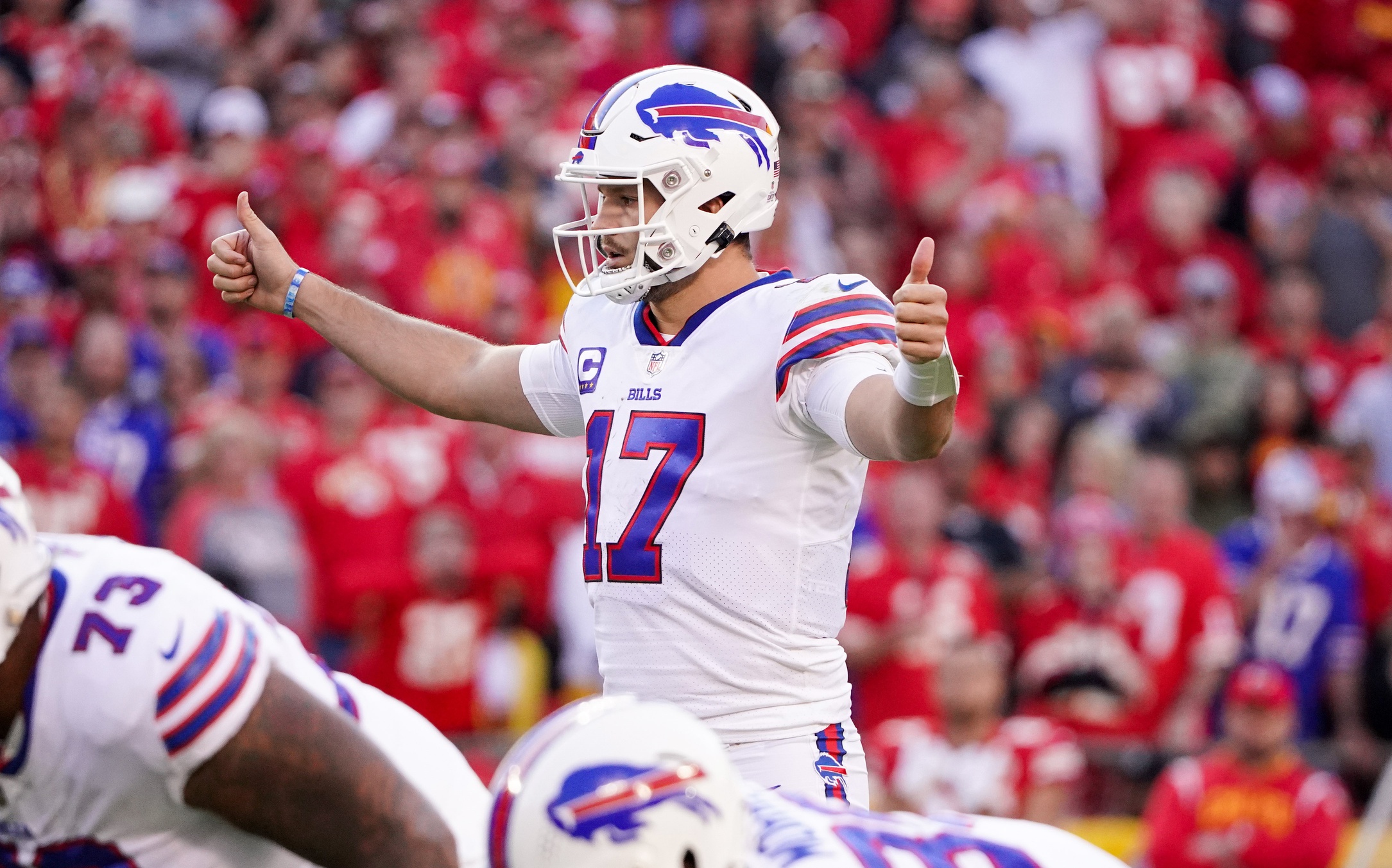 With another month in the books, I felt it time to revisit the MVP Award futures odds market to see if there’s any options to add to the 2022-23 portfolio. While this exercise is likely to only end in remorse since the award is more than likely reserved for Josh Allen much like the Heisman is sitting around waiting for C.J. Stroud, it’s still fun to dream. Before the season kicked off, I already owned shares of Allen (+700), Tua Tagovailoa (+6000) and Micah Parsons (+12500). In Week 4, I fired on Lamar Jackson (+600), Trevor Lawrence (+4000), and Justin Jefferson (+8000). With it now Week 8, here’s another edition of my favorite, underdog, and longshot selections to throw into the furnace at BetRivers Sportsbook, enjoy!

I plan to offset both losing tickets below with more shares of the Bills QB1 knowing full well throwing bankroll on anyone not named Josh Allen is fool’s gold. Buffalo has looked every part the Super Bowl contender the current odds to hoist the Lombardi Trophy suggest. With only a tough loss in South Beach to its credit, Buffalo looks leaps and bounds better than everybody else in the NFL. While the defense has had a large hand in the end results, it’s Allen that stirs the drink. He’s far and away the best fantasy option this season, and is playing with a confidence unseen in his previous four seasons.

He’s on pace to throw for 5,610 passing yards and 48 touchdown passes. Should he attain those marks, they would shatter his prior outputs by a decent margin. The kid just seems to be a different breed, and he’s got a tremendous supporting cast in Stefon Diggs, Gabe Davis, Isaiah McKenzie and Devin Singletary making his job that much easier. There isn’t a doubt in my mind that No. 17 brings home the bacon. Plus-money returns to do so won’t be around for much longer, so take advantage of the charity!

A day late and a dollar short. We’re a week short in Joe Burrow’s case. Cincinnati’s offense had struggled to get into a groove through the first month of the season. Much of the struggles had to do with Zac Taylor wanting to establish the running game ad nauseum for one reason or another. But since dropping a tough 19-17 decision to the rival Ravens in Week 5, Cincy has been letting it fly. Over the last two weeks, Joey Brrr has stepped back to sling the pigskin a total of 79 times. He completed 79 percent of those passes for 781 yards and a perfect 6:0 TD/INT ratio.

Armed with the likes of Ja’Marr Chase, Tee Higgins, and Tyler Boyd, the Bengals sport one of the most lethal passing attacks in the league. It ranks No. 11 overall heading into Week 8, but I think there’s still much more room to grow and challenge the likes of the Bills, Chiefs, and Saints for the No. 1 overall ranking. In terms of yardage (2,097), he currently sits only behind Patrick Mahomes and his 15 touchdown passes clock in as the third most. With his 13-1 offering still higher than the initial offering, the time to throw some beer money on the Bengals QB1 is now!

Many an NFL bettor has been left scratching their head trying to figure out what’s going down in Tampa Bay. The Buccaneers hardly look the part of a Super Bowl contender. Heck, it’s tough to envision them winning the NFC South let alone hoisting the Lombardi Trophy! I don’t think it lasts though. Injuries and a lack of practices are largely to blame. Things will get turned around at some point. The NFL has it scripted as such ;) With that, it only makes perfect sense to throw a dart on “The GOAT” who’s offering up an attractive 80-1 return after initially hitting the board at 8-1.

The Bucs still own one of the easiest schedule strengths in the league, and I’m not too sure that’s being taken into account with this bloated offering. We’re probably better off taking a flamethrower to the funds thrown on this bet, but it’s worth a taste just in case the switch flips and Tom Brady goes HAM.