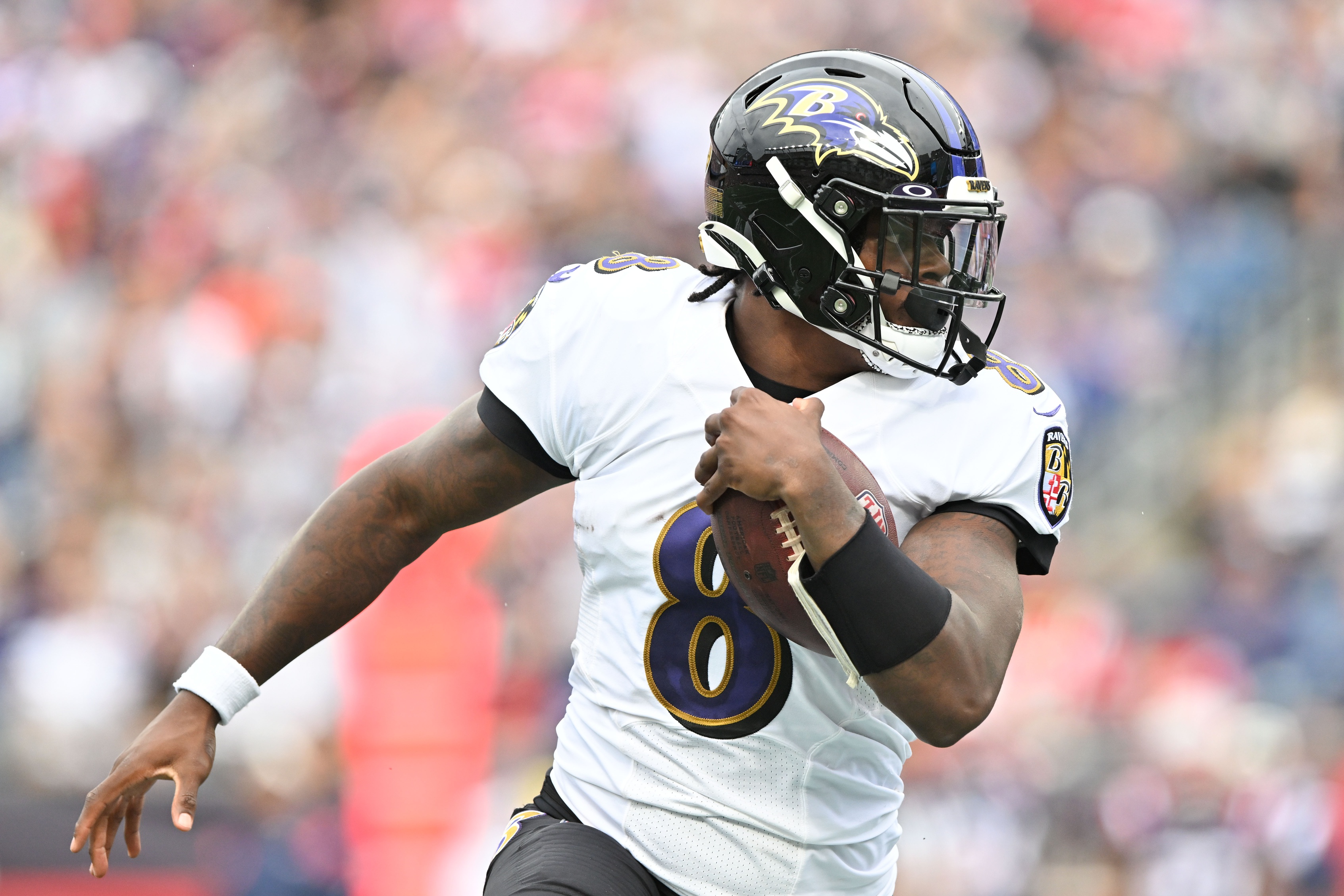 A quick look at the current MVP Award futures odds lets NFL bettors know all they need to about where to throw their money throughout the 2022-23 NFL betting season. This award has been won by a quarterback each of the last nine seasons, and it doesn’t look like that trend is going to end with the top-15 options on the board at BetRivers Sportsbook just so happening to be field generals.

As great a start to the season Lamar Jackson and Jalen Hurts have had, they’re still not getting in the way of Josh Allen remaining the alpha at the top of the heap. If looking to make bank on a flex-type player, look the way of Offensive Player of the Year Award futures.

My favorite, underdog and longshot selections in the offseason included Allen, Tua Tagovailoa, and for laughs Micah Parsons. Now that we’re entering Week 4, I thought it to be the perfect time to throw some more of my bankroll into the furnace with three more selections, enjoy!

All other players listed with odds of greater than 125-1.

Lamar Jackson is on pace to throw for over 4,200 yards and rush the pigskin for nearly 1,400 more. After throwing 10 touchdown passes through the first three games, he’s estimated to throw a whopping 56 touchdown passes. If able to continue this torrid pace – something that is entirely unlikely – he would shatter his career marks and be in line to win his second MVP Award. He took the hardware home back in 2019 after throwing for 3,127 yards and 36 touchdowns while adding another 1,200+ yards with his legs.

After having nobody but Mark Andrews to get the rock to last season, the ascension of Devin Duvernay and Rashod Bateman has given LJ a plethora of options that he’s taken full advantage of early on. Though we’re not getting the best of the number right now, I still think there’s value in backing the Ravens QB1 to take home a second MVP. Remember, this dude is going all-out to get paid this season after failing to come to an agreement with Ravens brass before the season started.

So what if the Jaguars are set to pull off another one of those worst-to-first types finishes reminiscent of the 2017 season that saw them go down to the New England Patriots in the AFC Championship game? If that’s to be the case, you can’t help but think the former No. 1 draft pick is going to play a large role in the team’s overall success. He’s done exactly just that through three games in throwing for 772 yards and a solid 6:1 TD/INT ratio that’s equated to a 103.1 QB rating.

The pass-catching reinforcements upper management brought in during the offseason in Christian Kirk and Zay Jones have already paid off handsomely through three weeks. The duo has combined for 37 receptions on 51 overall targets which means this trio is connecting better than 72 percent of the time. Talk about efficiency! I pegged Jacksonville as an underrated team that could surpass its win total and possibly qualify for the playoffs in the off-season. If Jacksonville really pulls both scenarios out, I can’t help but think Trevor Lawrence is in the running for this award the whole way through!

I know I made it seem like you’re better off taking a Bic to any funds you plan to throw on a non-quarterback when attacking the MVP futures odds at BetRivers, but I simply can’t help myself in this scenario. Lest we forget, Justin Jefferson put forth one of the best fantasy performances in the history of the game in Week 1 when he lit the Green Bay Packers up for 184 yards and 2 TD while snaring nine of 11 targets. Since then, he’s only combined for 62 scoreless yards on nine receptions the last two weeks.

Because of it, oddsmakers currently have his odds to win the award clocking in at 80-1 and that’s a rate of return I simply can’t ignore being of the belief that No. 18 is by far the most explosive wide receiver the NFL currently has to offer.

For reference sake, Jefferson only sits behind Lamar Jackson on the odds to win the Offensive Player of the Year Award (+500). It’s certainly within the realm of possibility that he puts himself in a position to win both awards if he starts churning out more efforts like the one put forth the opening week of the season.

At some point, he’s going to figure out a way to contend with the constant double teams he’s faced since ripping the Packers a new one. When he does, look out! This kid is simply just too good and way too explosive to be offering up a price tag like this knowing full well that he has the ability to put together an overall body of work that Ja’Marr Chase threw at us last season to win the OROY Award.