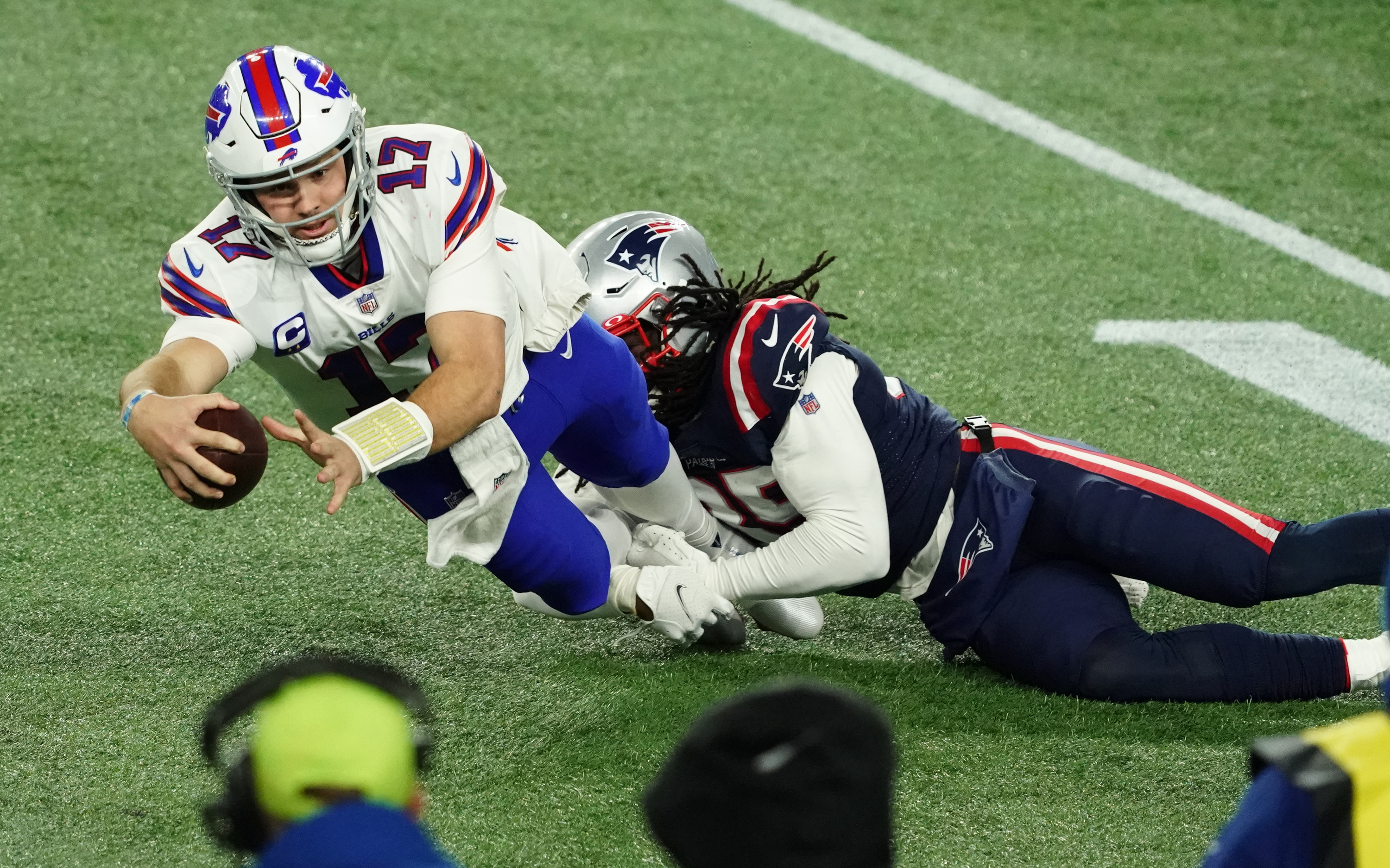 AFC East rivals Buffalo and New England square off Monday night with bragging rights on the line. The winner of the matchup will take a slight lead in the division standings while the loser falls into the wildcard race.

As of now, the Patriots sit a half-game up of the Bills at 8-4 on the year. They’ve won six straight to move into first place while the Bills are currently 7-4 following a 4-1 start to the season. The Bills have lost three games by six points or less while each of their seven wins has been decided by double digits.

Which of these AFC powers will move closer to a division title and which will fall further down the line in the playoff race? Check out BetMaker’s preview and prediction before placing your NFL wagers.

Let’s start with the Patriots, a team that’s been on an absolute tear over the last two months of the year. Led by Mac Jones on offense, New England is on a six-game winning streak. They’ve averaged more than 35 points per game during this current run, winning five of those six contests by 16 points or more.

While the offense has been rolling, the defense is holding their own, too. In five of those last six wins, the Patriots have surrendered just 13 points or less. That includes wins over some very capable offenses in Tennessee, Atlanta, and Cleveland.

Those strong performances are showing up in the stats sheets. New England boasts top 10 rankings in scoring offense, points allowed, total defense, and turnover margin. The Patriots are allowing just 15.8 points a contest, tops in the NFL. It will be tough sledding for the Bills on a cold night in Buffalo.

Speaking of Buffalo, the Bills have showcased one of the top offenses in the league themselves. Josh Allen has lived up to the billing as a first round selection, helping his team eclipse the 30-point mark in seven of their 11 contests.

Buffalo leads the AFC in scoring at a clip just under 30 points per game. The offense also ranks as a top five unit in yards gained. If anyone has an answer for the Patriots’ stingy defense, it’s the Bills.

On defense, Buffalo ranks right behind New England allowing 16.5 points per outing. That’s good for the second-best mark in the NFL. That group has held four of its last five opponents to 17 points or less. Can Mac Jones and Co. figure this defense out? It could be the key to the game.

New England has been the NFL’s best bet over the last six games, covering the spread in each. As we mentioned before, most of those games have been decided by three scores or more.

Another trend to look at in New England games is the point total. The over is 6-2 over the last eight games with the Patriots scoring at least 24 points on each occasion. This weekend’s total is set at just 43.5 at SugarHouse sportsbook.

Now let’s flip over to the Bills. They’ve not fared nearly as well against the spread over the last two months, posting a 2-4 record since mid-October. That number could be a bit deceiving considering they’re seeing much larger lines than just about any other team in the NFL but it’s still worth noting.

Three of those last six games saw Buffalo enter as two-touchdown favorites. They’ve seen mixed results with a win and cover over the Jets, a push against the Dolphins, and an outright loss to the Jaguars.

While Buffalo is capable of scoring at a high clip, the under is actually 6-5 in Bills games this year. That’s due in part to a defense that is one of the NFL’s best in preventing scores.

This should be a tight matchup as noted by the three-point spread. With the Bills playing at home, they’ve been given slight advantage but this game is essentially a toss-up.

Both defenses have the ability to shut down opponents while the offense can light up the scoreboard at any minute. For that reason, we’ll stay away from the point total.

We’ll focus in on the spread and take the Bills to cover at -3. The offense has too many weapons and the defense continues to play at a high level. While we’re never confident betting against Bill Belichick, we’ll take Buffalo in a close one.