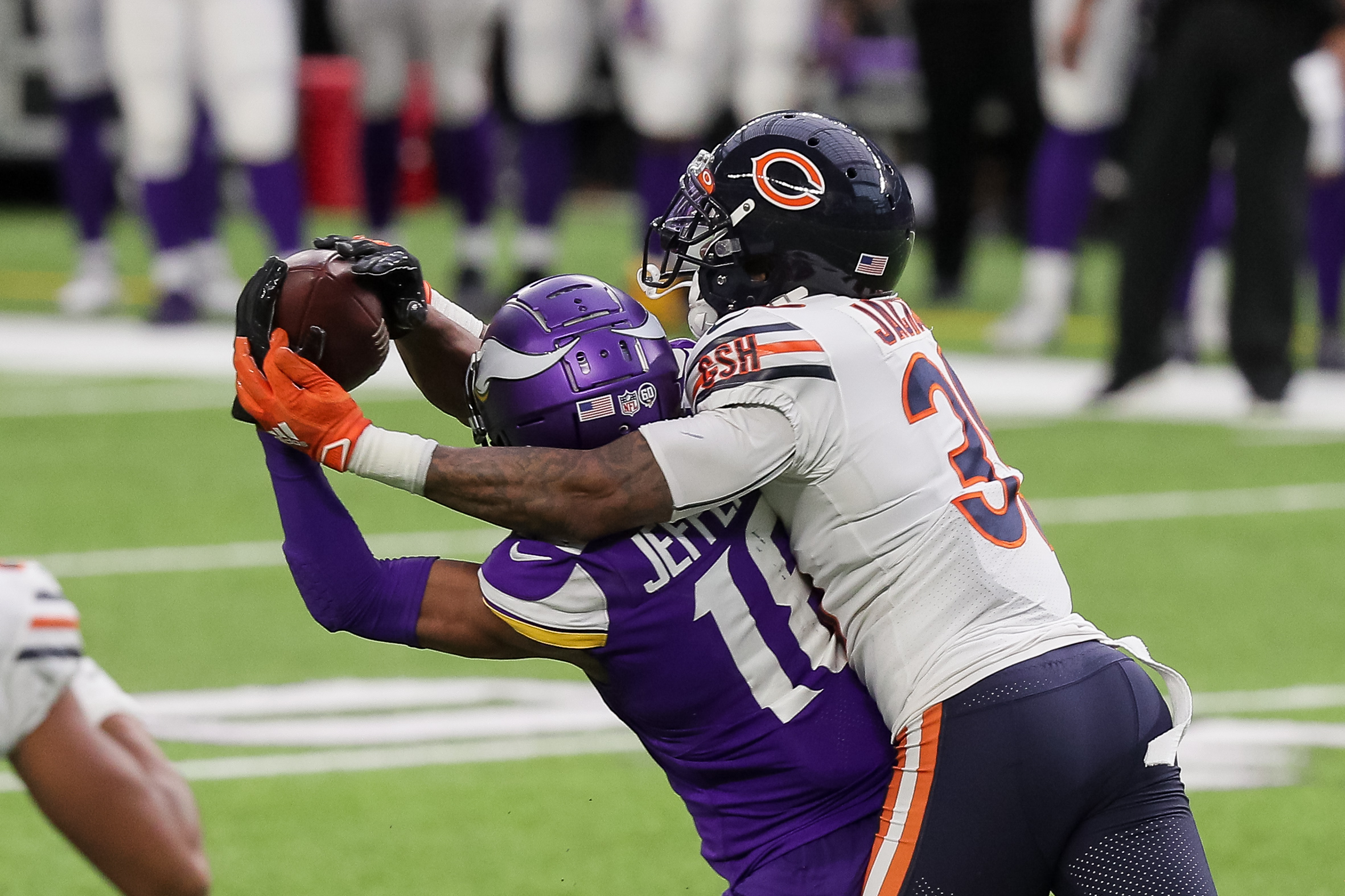 An NFC North battle takes place on Monday night between two old rivals in the Midwest. Minnesota enters in 2nd place in the division race as they currently sit at 6-7 on the year. Chicago, meanwhile, is just 4-9 having lost seven of their last eight contests.

These two foes have yet to square off this season but Chicago is 5-1 over the last six matchups. Can they keep up the recent dominance in 2021 or will the Vikings get back in the win column?

Check out our preview and prediction on BetMaker and head over to SugarHouse to place all of your NFL wagers.

Minnesota enters this matchup with hopes of slipping into the NFL postseason. As it stands today, the Vikings sit one game out of the final seed in the NFC playoff picture.

If you’re looking for an NFL best bet, it’s the Vikings keeping things close. Twelve of the Minnesota’s 13 contests have been decided by just one score, easily the most in the NFL. Minnesota is 5-7 in those one-score matchups.

The knock against Minnesota is their tendency to keep opponents in games. Take last week’s 36-28 win over Pittsburgh. The Vikings jumped out to a 29-0 lead early in the third quarter but were outscored 28-7 the rest of the way. They had to rely on a dropped touchdown on the game’s final play in order to pull out the close win.

While they do tend to play down to competition, they’ve also given some of the league’s top teams scares. Minnesota dropped a one-point matchup to Arizona early in the year. They took the Dallas to the wire in a 20-16 defeat. They fell in close contests to Baltimore and San Francisco, too, while beating the Packers and Chargers.

Chicago, on the other hand, has been beaten by double digits in five of their last eight contests. The Bears have been inconsistent scoring on both sides of the ball, ranking 28th in offense and 24th in defense.

Justin Fields has experienced growing pains as a rookie under center but he’s starting to see some success on the field. In his last four starts, he’s twice thrown for more than 200 yards, including a 291-yard performance against Pittsburgh last month. He also passed for and rushed for over 100 yards in a loss to the 49ers. Over these last four games, Fields has thrown for 769 yards while totaling five touchdowns and four interceptions. He’ll have a great opportunity to add to those numbers when facing a Minnesota defense that allows 252 yards per game through the air.

The Vikings enter this matchup as 3.5-point favorites as SugarHouse. They’re 7-6 against the spread this year, including a 4-2 mark in their last six outings. We mentioned that Minnesota likes to keep games close but they’ve struggled as favorites.

The Vikings are 2-4 against the spread when favored with outright losses to Dallas and Detroit. That number could easily be 1-5 had the Steelers been able to haul in that last second score last weekend. Even when favored big, Minnesota tends to play down to the competition.

Chicago, meanwhile, has entered as underdogs in 10 of 13 matchups. The Bears are just 2-8 in those outings. This might come down to who you trust least as opposed to who you’re more confident backing.

The total in this one is set at 44 points. Minnesota has seen the over hit in eight of 13 contests as they possess a ton of talent on offense. The over is just 5-8 in Bears’ outings though that number is 4-2 over the last six games.

Weather conditions may be a little chilly in Chicago with temperatures slated to fall below freezing Monday night. Still, wind and snow don’t appear to be a factor meaning these offenses should be able to operate with their typical gameplans.

Both of these defenses have struggled, allowing more than 25 points a game. With Chicago’s offense gaining confidence, don’t be surprised if they wind up reaching the 20- to 24-point range.

Minnesota should be able to put up points. They’ve notched at least 26 points in six straight matchups while the Bears have surrendered 78 points over the last two weeks. Bank on the over to hit in this one.