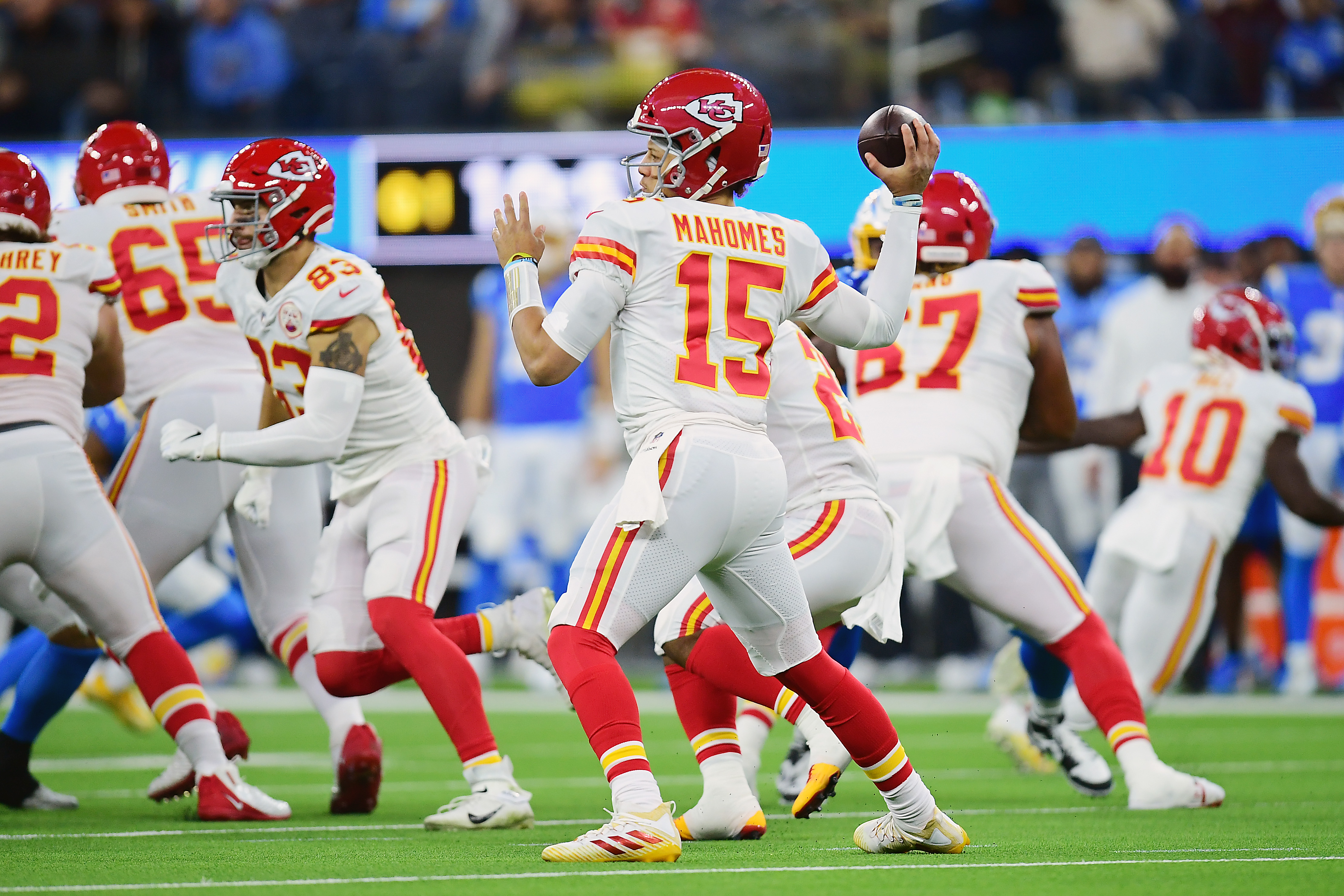 The season is creeping closer and closer to its conclusion as the postseason race continues to heat up. Holding the No. 1 spots are Green Bay in the NFC and Kansas City in the AFC. Had the season ended today, both would receive a first-round bye in the playoffs.

Thankfully, the regular season doesn’t end today, meaning you have three more weeks to place your NFL wagers before the playoffs begin. There are a ton of great games in the mix for the weekend’s slate. Division rivalries between the Bills/Patriots and the Ravens/Bengals will have major implications in the postseason race.

Before placing your NFL bets, make sure to check out who’s hot and who’s cold at BetMaker.

The Chiefs have been an NFL best bet over the last two months, reeling off seven straight wins to take over the top spot in the AFC. That includes a huge overtime victory against division rival Los Angeles last week.

The Kansas City defense had been leading the charge, but it looks as though the offense is now finding its footing, too. In its last five games, Kansas City is scoring 32.8 points per game. Pair that with a defense that’s allowed just one of its last seven opponents to eclipse 20 points and you see why they’ve been so successful in the win column.

The Chiefs are treating bettors nicely, too. They’ve beaten NFL betting lines in five straight games and will enter this weekend’s matchup against the Steelers as 7.5-point favorites at SugarHouse sportsbook.

The Cowboys started the year 6-1 before running into a midseason rut. After dropping to 7-4, Dallas seems to be back on track, ripping off three wins in a row. Two of those wins have come against division foes as they continue to build their lead in the NFC East.

The Cowboys’ potent offense has been just that over these last six games, averaging just under 27 points a night. They’re 4-2 against the spread in that time and have covered large lines in each of their last three outings. Another massive spread is on deck next week as they take on Washington as 10.5-point favorites Sunday night.

The Dolphins have launched themselves onto the fringe of the playoff hunt by winning their last six games. Miami’s offense has been clicking, averaging 24.5 points a game over this streak. They’ve topped 30 points in two of their last three.

The Dolphins are seeing success against the spread, too, posting a 5-1 record their last six times out. That includes outright wins over Baltimore and Carolina where they entered as underdogs. Another potential upset bid awaits as they look to a Monday night meeting with New Orleans. Miami is currently listed as a three-point underdog.

The Giants are just 1-4 over their last five matchups and they’re struggling mightily on offense. New York has failed to reach 14 points in four of their last five games. The offensive ineptitude has led the under hitting is six of the Giants’ last seven contests.

Oddsmakers are adjusting to New York’s limited scoring attack, setting the over/under at just 40.5 points this weekend against the Eagles. The last times these two teams met, New York won 13-7.

Baltimore has lost three straight games to fall out of the lead in the AFC North. Two of those three losses have been by a single point, with the other being a two-point defeat to the Browns.

While Baltimore is struggling in the win column, they’re actually 4-1 against the spread in their last five matchups. Even more surprisingly, they’ve done it with Lamar Jackson out of the lineup the last two weeks.

The ball hasn’t bounced the Ravens’ way of late but a chance to get back in the AFC North driver’s seat awaits with a matchup against division leader Cincinnati on Sunday.

Arizona is in freefall, losing two straight games. The last was a 30-12 beatdown at the hands of a one-win Lions’ team. After starting the season 7-0, the Cardinals now sit at 10-4. They’re clinging to a slight lead in the AFC West standings, owning a tie-breaker over the Rams.

Hopes of holding that lead seem slim as they end the year with contests against the Colts, Cowboys, and Seahawks. The Cardinals are likely to make the playoffs as they do have those ten wins, but a few more slipups down the stretch will push them to the wildcard.