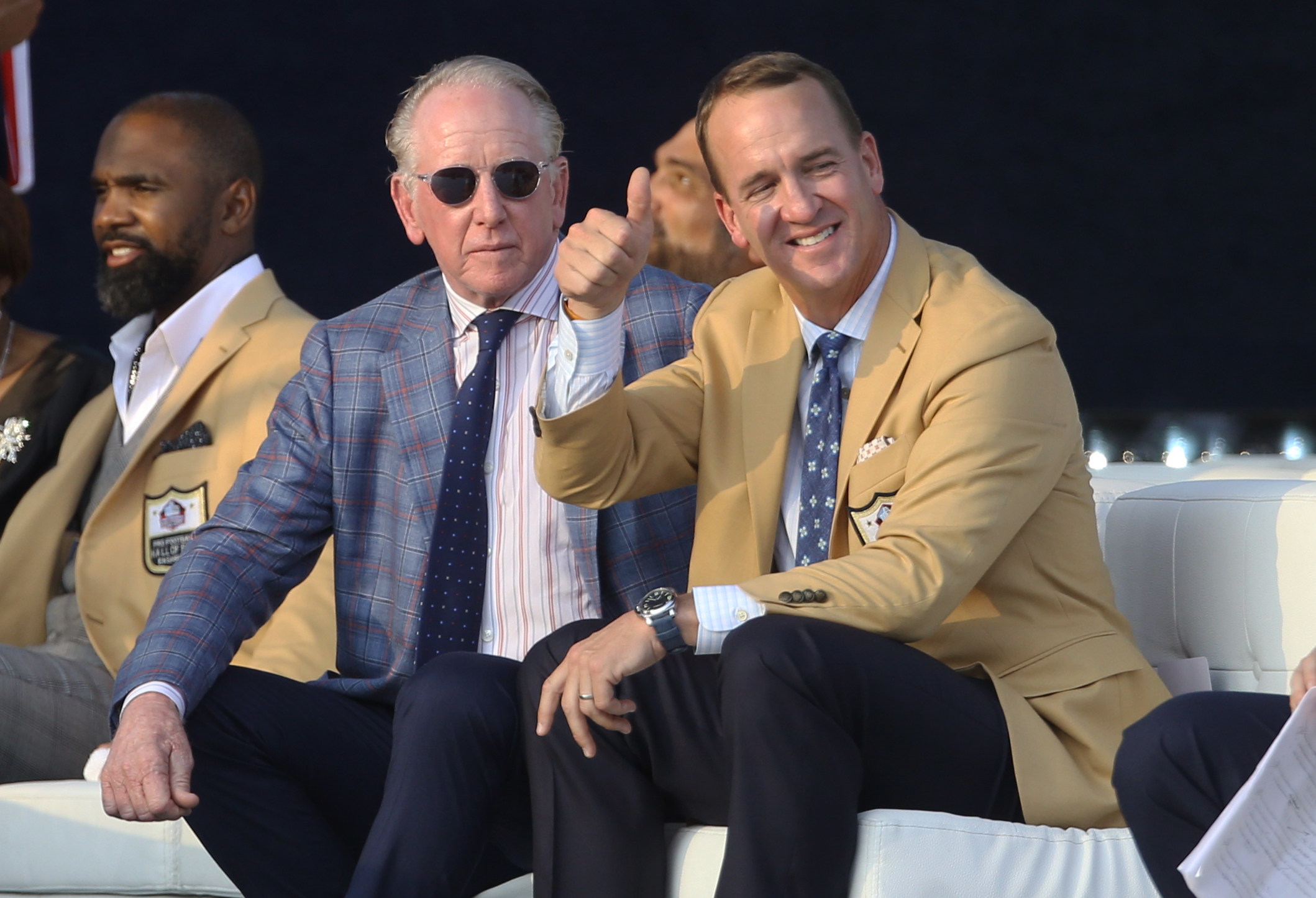 The National Football League has a rich and glorious history. Thus it is tragic that NFL commissioner Roger Goodell, many owners, and much of the media blow it off to instead focus on political correctness and matters that have nothing to do with the actual games. Some of the biggest names that factored into an NFL wager had family ties. These legacy families have done more to grow the popularity of the NFL than anything Goodell or his media flacks could ever dream of. The NFL legacy families helped make the game a generational sport on the gridiron, at the box office, in the TV ratings, and the betting window. And no family is more emblematic of that than the Mannings.

If the Manning family isn’t the first family of NFL greatness, they are close to whoever is on top. The Mannings are three of the greatest quarterbacks in NFL history.

It all begins with Archie Manning, who gained national fame as the quarterback of the Ole Miss Rebels. Archie was the 1969 SEC Player of the Year and a first-team All-American that season too. During his time at Ole Miss, Archie became such a hero that folk songs celebrated his greatness.

The game that triggered the Manning Mania was the first prime time TV broadcast of a college football game in 1969 when Ole Miss faced Bear Bryant and the Alabama Crimson Tide. Manning threw for 436 yards and three touchdowns while rushing for 104 more yards in a 33-32 loss. But as far as the country was concerned, Archie Manning was the MVP and winner of the game.

Manning was the second overall player taken in the 1971 NFL Draft by the New Orleans Saints. New Orleans was a 1967 expansion team that continued to flop with NFL picks and parlays. Manning was touted as the franchise's savior and the man that would take New Orleans to a Super Bowl.

Manning was cursed from the start of his pro career for NFL football betting picks. New Orleans was one of the worst run franchises in pro football history. In 1976 the Saints proved they were sincere at improving when they hired former Kansas City Chiefs coach Hank Stram to run the entire operation. Stram, a Hall of Fame NFL coach, said he took the job only because Archie Manning was on the team. But as luck would have it, Manning missed all of Stram’s first season, which was symbolic of his Saints career. Stram was fired after his second year. And Manning never played for a winning NFL team.

Despite his lack of a good surrounding cast, Manning was a two-time Pro Bowler. He retired in 1984 to pay attention to his growing family and talented sons.

Peyton Manning was expected to follow in his father’s footsteps and attend Ole Miss. Over 60 top college programs recruited him. But Peyton chose to play for the Tennessee Volunteers instead. Manning won more college awards than we have space for, including 1997 SEC Player of the Year.

Peyton was the first overall pick of the 1998 NFL Draft by the Indianapolis Colts. While there, Manning re-wrote the Indianapolis record book and was a 4-time NFL Most Valuable Player as a Colt. Manning endured numerous playoff debacles and was labeled a choker. But he finally broke through and led the Colts to the 2006 world championship. Later he moved on to the Denver Broncos, where he went out as a Super Bowl winner in the 2015 season.

Peyton is a College and NFL Hall of Famer.

Eli Manning followed his father and played at Ole Miss, where he won SEC Offensive Player of the Year honors as a senior. Subsequently, he was the first overall pick of the 2004 NFL Draft. Eli is best known for scoring two Free NFL picks Super Bowl wins against the New England Patriots. Of course, the Giants Super Bowl XLII win ruined the Patriots' undefeated season.

During his time with Big Blue, Manning was a four-time Pro Bowler and led the Giants to their best Bet on NFL games success in the modern era. Eli is an almost certain future Hall of Famer.