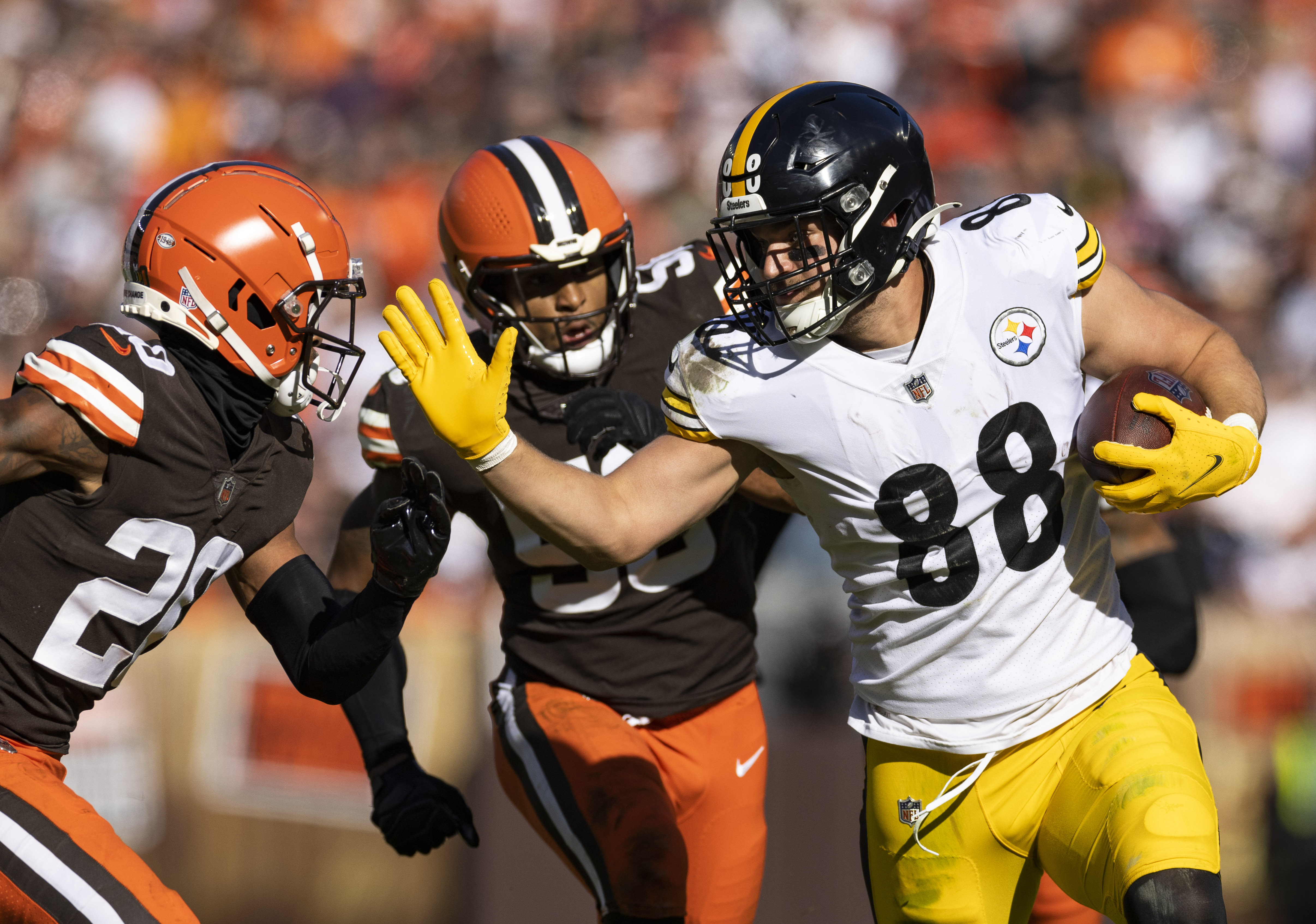 Two of the most disappointing teams in the NFL this year are the Cleveland Browns and Pittsburgh Steelers. Both the Browns and Steelers were popular NFL wager choices on the summer futures market. Cleveland was coming off their first playoff season in two decades. And a near upset of the #1-seed Kansas City Chiefs stoked hopes for the future. Meanwhile, the Steelers took Najee Harris in the first round of the 2021 NFL Draft as the ultimate LeVeon Bell solution. Instead, both teams are fighting for their playoff lives and frustrating gamblers like few other teams.

The Pittsburgh Steelers will host the Cleveland Browns on Monday, January 3, 2022, at Heinz Field in Pittsburgh, Pennsylvania. Kickoff time is set for 8:15 p.m. ET with television coverage on ESPN.

The Cleveland Browns opened at the SugarHouse Sportsbook as a 3.5-point favorite over the Pittsburgh Steelers with the NFL Vegas lines. The total opened at 41.

Many gamblers were surprised at the Browns being favored, but the Steelers’ COVID list is massive, and their lineup remains uncertain. Of course, the Browns have their own lineup issues as well.

Another factor in the betting line is a fatigue factor with the Steelers. Pittsburgh has been one of the worst betting values on the board and is showing no signs of that reversing itself. Cleveland has come away with the cash in their two most recent games. Thus, gamblers are in a more forgiving mood with the Browns.

Both the Steelers and the Browns are on the AFC Playoff bubble but are logjammed with a host of other teams, including three teams (the Las Vegas Raiders, Los Angeles Chargers, and Baltimore Ravens) that are ahead of them in the “Bubble Class.”   The Miami Dolphins currently hold the final playoff spot with a record of 8-7.

Brown Out for Playoffs in Cleveland Likely

Last Sunday, the Browns were close but with no cigar in a 24-22 loss at the Green Bay Packers as 7.5-point dogs. The game went under the NFL football betting picks total of 47. Now the Browns are 7-8 straight up, 7-8 against the spread, and 7-8 under the total. Overall metrics show Cleveland 16th for total offense and 19th for points allowed. Defensively the Browns rank 7th overall and 17th for points allowed. Cleveland has covered the spread in two consecutive games, with four of the last five games going under the total.

Last Sunday, the Steelers suffered a disheartening 36-10 loss at the Kansas City Chiefs as 10.5-point dogs for Free NFL picks. The game went over the total of 44.5. As a result, Pittsburgh is 7-7-1 straight up, 6-9 against the spread, and 6-9 under the total. Overall, the Steelers rank 22nd in the NFL for total offense and 22nd for scoring. Defensively the Steel Curtain has taken on considerable rust with metrics of 26th overall and 22nd for points allowed. Pittsburgh has covered only three of its last eight games. Four of their most recent six matchups went over the total.

The loss at Arrowhead Stadium outed the Steelers as a pretender and a putrid one at that. Pittsburgh has no business being in the 2021 NFL Playoffs, and it’s an insult to intelligent fans and gamblers to infer otherwise. The networks and owners simply want more TV money with an expanded playoff format. While that is understandable, there is no need to pretend that the extra wild card teams are Super Bowl-worthy. Just think of the Chicago Bears as the last team in the NFC last year.

The Steelers have covered the spread in four of their last five games with the Browns in this series. Further, the Steelers are 17-1 straight up when hosting the Browns.

In this Bet on NFL games situation, the Browns are getting too much credit from the masses. The dog makes the most sense in a potentially even setting, especially playing at home.