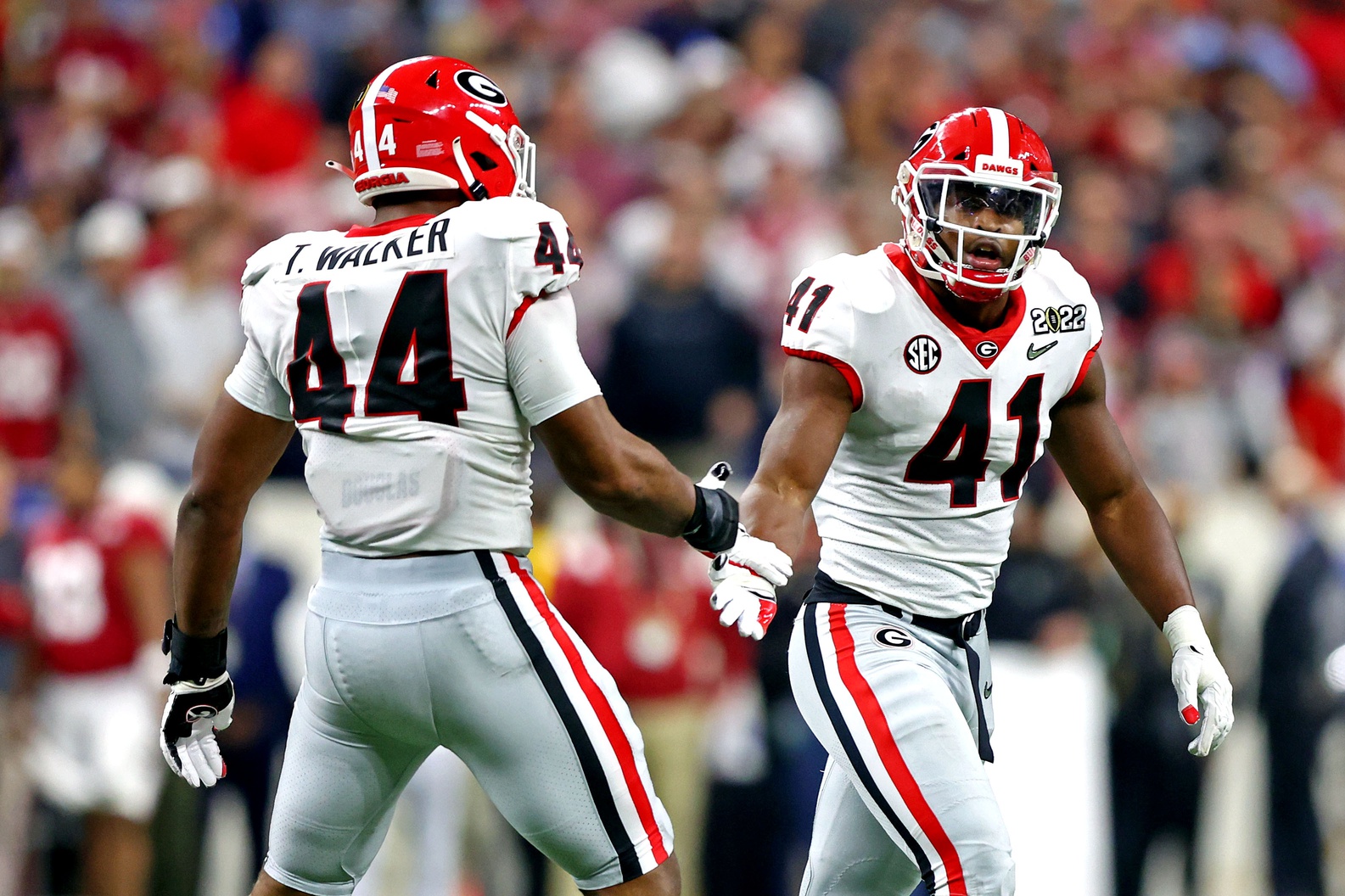 With a team from the SEC taking home the national championship each of the last three seasons, it comes with little surprise to see players from the conference routinely going off the board in the first round of the NFL Draft. A whopping 12 players were selected amongst the first 32 selections in 2021 NFL Draft betting, and FanDuel Sportsbook expects another double-digit tally for the upcoming 2022 draft. The number to beat currently sits at 10.5 with heavier -132 juice attached to the high side of the impost. As spectacular a conference the SEC has proven to be year in and year out, I’m thinking linemakers have this offering just a tad bit inflated. With multiple trades likely to put this year’s draft on its head, everything and anything can happen in the opening round. Though I’m not sold on fading the SEC; if forced to choose a side in this fight, I’ll lean to the low side ever so slightly and force the GMs and coaches to prove me wrong – gimme the under!

I’ve seen former Georgia Bulldog Travon Walker going as high as the No. 1 overall pick and as low as No. 12 in a number of mock drafts. I personally think Kayvon Thibodeaux is the EDGE every team looking to add a pass rusher will be kicking themselves over not selecting down the road. Be that as it may, Walker has catapulted himself up the draft position odds enough to the point that FanDuel currently has it locked in at 3.5 with gargantuan -275 juice attached to the under. He’s also a -700 favorite to hear his name called within the top-five picks. An athletic freak no doubt, he’s still figuring out how to become a lethal pass rusher. I guess whoever selects him in the first round is fine with him fine-tuning his craft at the next level. I’m not taking him No. 1, but it’s not for me to decide. Regardless, he’s a lock to go in the first round.

On the other side of the ball, Alabama’s Evan Neal is arguably the best and most polished offensive linemen in the 2022 NFL Draft. His ability to play both the guard and tackle positions will have teams badly in need of plugging holes along their respective offensive line drooling at the prospect of adding this kid’s versatility to their roster. His draft position odds clock in at 4.5 with midrange -140 juice supplanted on the over, and he’s also a -135 fav to be a top-five pick. He checks in back of only NC State’s Ickey Ekwonu to be the first OL selected (+150). Bottom line, Neal’s going in the first round.

The SEC has sent some tremendous wide receiver talent into the NFL in recent seasons. Ja’Marr Chase and Jaylen Waddle set the fantasy world ablaze last season, and Bama’s Jameson Williams is likely to do the same once drafted in the first round. His draft position prop currently finds him at 13.5 with -130 juice attached to the under, and he offers up a nice +175 return if drafted within the top-10 picks. If he didn’t tear his ACL in the national championship game, he’d likely be the odds on favorite to be the first pass catcher selected in this draft. At +200 to do just that, he still might be!

Back to the defensive side of the ball with the next SEC candidate who comes in the form of Derek Stingley Jr. The former LSU Tiger traveled a similar path as likewise alum Ja’Marr Chase in that they both missed a multitude of games throughout their stay in Baton Rouge. Arguably the best cover man in this draft, Stingley’s draft position prop finds him nestled in at 11.5 with bothersome -148 juice still attached to the under. Only Ahmad Gardner has shorter odds to be the first cornerback selected in the first round, and he’s a -110 chalk to get drafted in the first round.

If a team is looking to shore up its run defense *cough* Houston Texans *cough*, then UGA’s Jordan Davis is a player it’ll likely be targeting midway through the first round. The Bulldogs premiere run stuffer’s draft position prop clocks in at 14.5 with even juice attached to both sides of the impost. He’s not even listed on FanDuel’s odds to be selected amongst the first 32 picks, and he offers up a +300 return on investment should he be a top-10 pick. In other words, Mr. Davis is going in the first round!

Those are my personal top-five SEC selections heading into the draft. Names not mentioned include Charles Cross, Treylon Burks, Nakobe Dean, Devonte Wyatt, Lewis Cine, Matt Corral, George Pickens, and Kaiir Elam. If each and every one of these guys does in fact go off the board amongst the first 32 selections, I’ll be forced to rip up my under ticket. There are simply too many question marks littered amongst that bunch for my tastes. Because of it, I’ll stick to my guns and look for the SEC to have a lesser showing in the first round this time around.