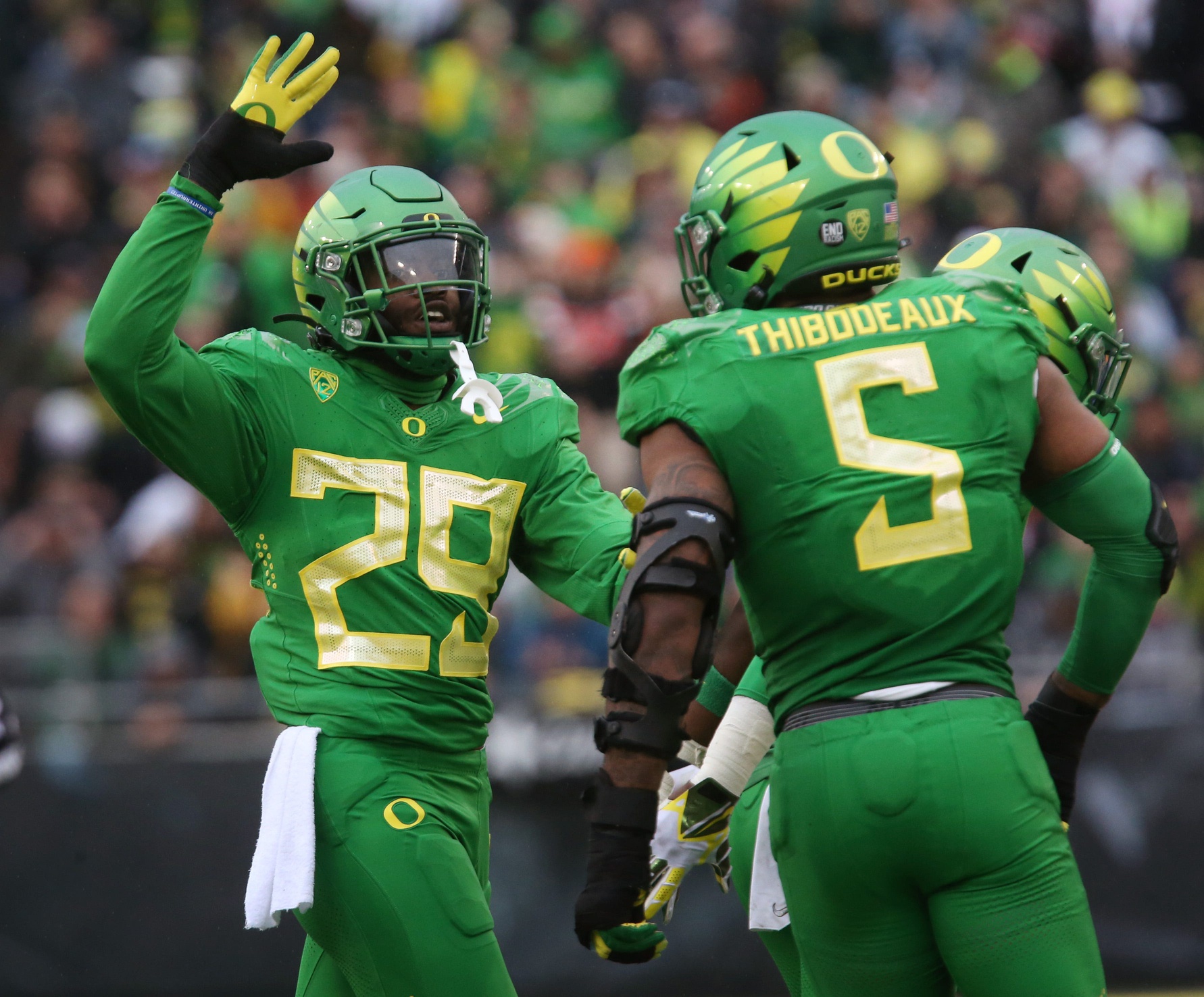 The Utah Utes and Oregon Ducks have been the only two programs to put forth double-digit winning seasons two of the last three years; the 2020-21 COVID shortened season doesn’t count. Like the ACC, the Pac-12 has failed to impress in the eyes of NFL bettors. So much so that the conference only heard three of its players’ names called out in the first round of last year’s NFL Draft. Though linemakers predict some improvement heading into the 2022-23 season, it isn’t much. DraftKings Sportsbook currently has the total players selected in the first round prop set at 4.5 with heavy -165 vig currently attached to the low side of that impost. The lack of impactful playmakers paired with the conference’s overall futility in the bowl season the last two years (0-7 SU) is more than likely playing a huge role as to why. Even so, I’m bullish on the best of the best within this conference and believe there is enough stockpiled to take a stab at the over at a nice plus-money rate of return – gimme the over!

Taking us one step closer towards cashing a ticket on the over of this prop will be Oregon’s Kayvon Thibodeaux. Once ballyhooed as the top overall pick in the 2022 NFL Draft, the EDGE rusher’s draft stock has since plummeted. His draft position prop currently clocks in at 5.5 with heavy -180 juice attached to the under, and he’s also a -180 favorite to be selected within the first five picks at DK. This freak of nature is a sure-fire first rounder that could go even higher than most prognosticators expect.

Up next on the docket is Utah linebacker Devin Lloyd who earned a 90.2 grade at PFF by way of taking on blocks as well as blitzing and covering tight ends at an extremely high level. Lloyd showed extremely well in his pre-draft interview and filled up the stat sheet throughout his four-year stay in SLC. His current 18.5 draft position prop is absurdly high at DraftKings right now, so I’d take advantage if you haven’t already! Whichever team he lands on will reap the benefits of his total package.

Drake London has surged higher on mock drafts after showing out in the regular season before suffering a campaign-ending injury. He only bolstered NFL exec’s belief by showing the ankle injury was no longer a concern at his pro-day. His 10.5 draft position prop is identical to Ohio State’s Garret Wilson though the latter has -170 juice attached to the under while London has -125 juice stuck to the over. Regardless, London’s a first round wide receiver talent that will immediately make whichever pass catching corps he lands on that much better.

U-Dub’s starting cornerback tandem closes the ledger out with both Trent McDuffie and Kyler Gordon slated for the first round in my estimation. The former might be on the smallish side (5’11”), but the kid has the heart of a champion after exhibiting lockdown perimeter and slot defending skills while playing much bigger than his vitals suggest. He allowed a grand total of 16 catches on 36 targets for 111 yards and no scores while also breaking up five passes last season. His draft position prop rings in at 17.5 with heavier -125 juice supplanted on the under, and he sports the third shortest odds (+1500) to be the first cornerback selected in the first round.

His running mate might be an extreme 100-1 underdog to be the first CB selected in NFL Draft betting, but his draft position prop has shortened up from 37.5 to 33.5 over the last couple days. He ranked out right behind McDuffie with an 89.6 coverage rating at PFF this past season, and looks to be yet another stud cover man to come out of Washington over the last decade. Truthfully, Gordon is the key ingredient towards allowing us to cash in on the over of Pac-12 players drafted in the first round simply due to the fact that there isn’t another player from the conference that I believe makes the cut. We’d be dealing with players like Abraham Lucas (OL) and Drake Jackson (EDGE) and it would take for a front office to take an enormous leap of faith to select either within the first 32 picks – not gonna happen!