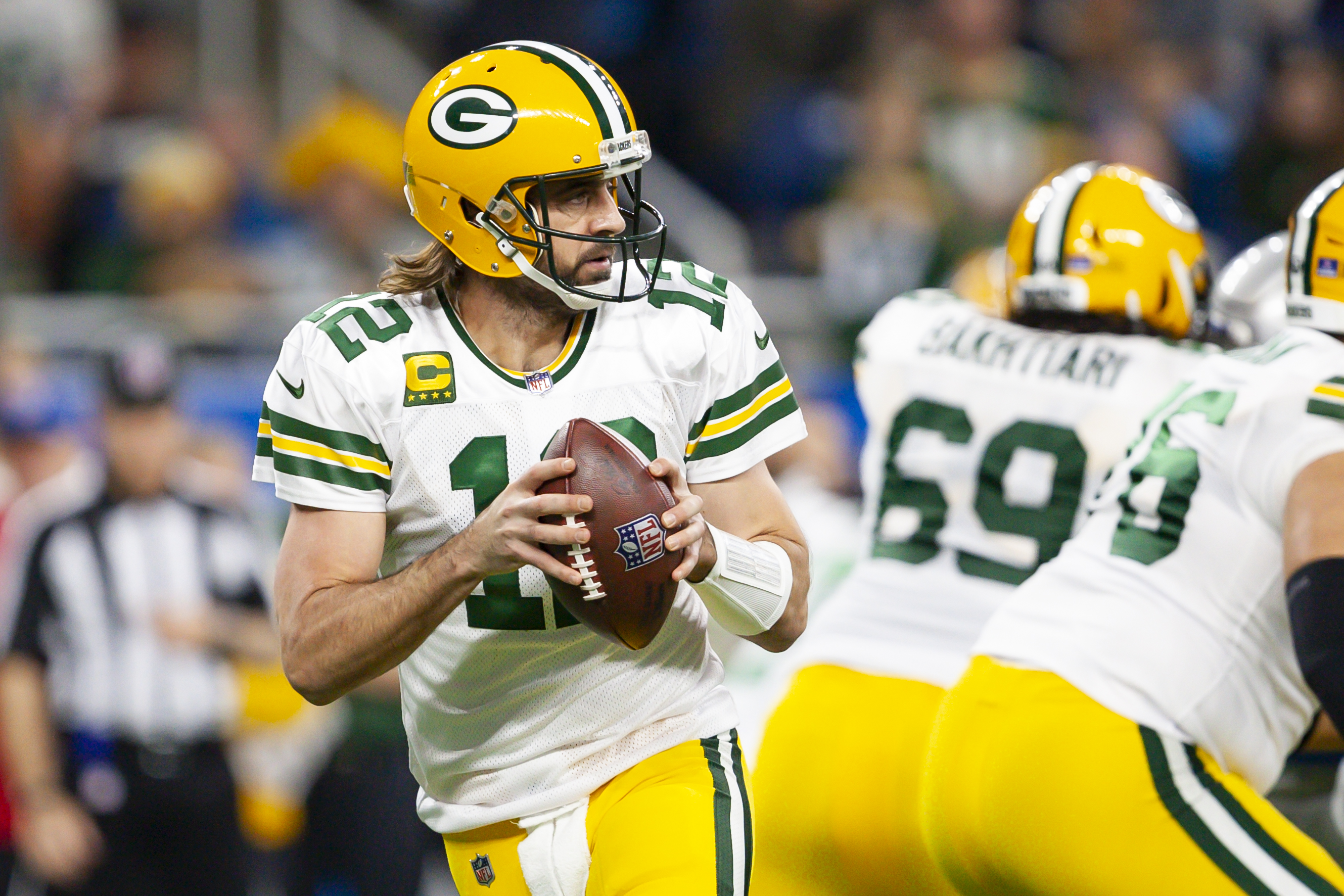 After watching 12 teams battle in six games during Super Wild Card Weekend, the top-seeded teams from each conference are in action this week with the Divisional Round being played on Saturday and Sunday.

There is a reason why teams covet the top-seed and first round bye that comes with it and the Green Bay Packers are the biggest favorite on the betting board because of it.

Aaron Rodgers and the Pack host the San Francisco 49ers on Saturday night laying 5.5-points on the NFL betting lines. The Niners were the only road team to win a wild card game downing Dallas 23-17 as a 3.5-point dog. The Niners got banged up in the process with Jimmy Garoppolo sustaining a “slightly” sprained throwing shoulder. And the defense that did a number on Dallas’ top ranked offense got a scare. Fred Warner sustained an ankle injury and Nick Bosa had a concussion. Rodgers has never beaten the 49ers in three postseason starts against them, but he did engineer a game-winning drive in Green Bay’s 30-28 win in Santa Clara back in Week 3.

With the NFC playoffs going through Green Bay, the Packers have the shortest odds to win the Super Bowl. I guess there’s something about Lambeau Field and the Packers have just been a great team winning 13 games for a third consecutive season. They were an NFL best bet at home during the regular season going 8-0 SU and 7-1 ATS.

The Tampa Bay Buccaneers began defense of their Super Bowl title by smacking the Eagles, 31-15, last week covering the 7.5-point spread. There are some interesting storylines in the NFC with a possible rematch of last season’s championship on the table. Tom Brady and the Bucs went into Green Bay and earned the NFC crown, the second straight conference title game setback for the Packers. Two years ago Green Bay was steamrolled by the Niners in NorCal, 37-20.

Now that Matthew Stafford has a playoff win can he direct the Rams to an upset of the defending champs? Stafford threw four touchdowns passes in LA’s 34-24 payout victory over the Bucs in Week 3. Tampa is a field goal favorite on the NFL latest line to advance.

The AFC side of the playoff bracket has a rematch of last season’s championship game when the Buffalo Bills visit Kansas City in the final game of the weekend. Both clubs were clicking on offense in the Wild Card round with the Chiefs advancing with a 42-21 win over Pittsburgh that likely ended the career of Ben Roethlisberger.

Buffalo scored a touchdown on its first seven possessions with Josh Allen throwing more touchdowns (5) than incomplete passes (4) in the 47-17 win over New England. KC won last year’s game 38-24 and is an NFL favorite this week laying 2-points.

The other AFC semifinal has the surprising Cincinnati Bengals off to Tennessee for duel with the top-seeded Titans. It had been over 30 years since the Bengals last won a playoff game, some six years before Joe Burrow was even born. That didn’t faze Cincy in their 26-19 payout victory.

Several defenders were injured in the Vegas game leaving the Bengals thin on that side of the football. They still managed to hang on against the Raiders and are hoping to have some healthy bodies to try and stop Derrick Henry. Henry missed half the season with a foot injury and is expected to return on Saturday with some favorable NFL betting props. Henry was leading the NFL in rushing yards and touchdowns before going down with a foot injury in Week 8. The NFL football lines have the Titans as a 3.5-point favorite to advance to the AFC Championship.

You can find the latest lines for NFL playoff gambling and bet on NFL games at Sugarhouse.