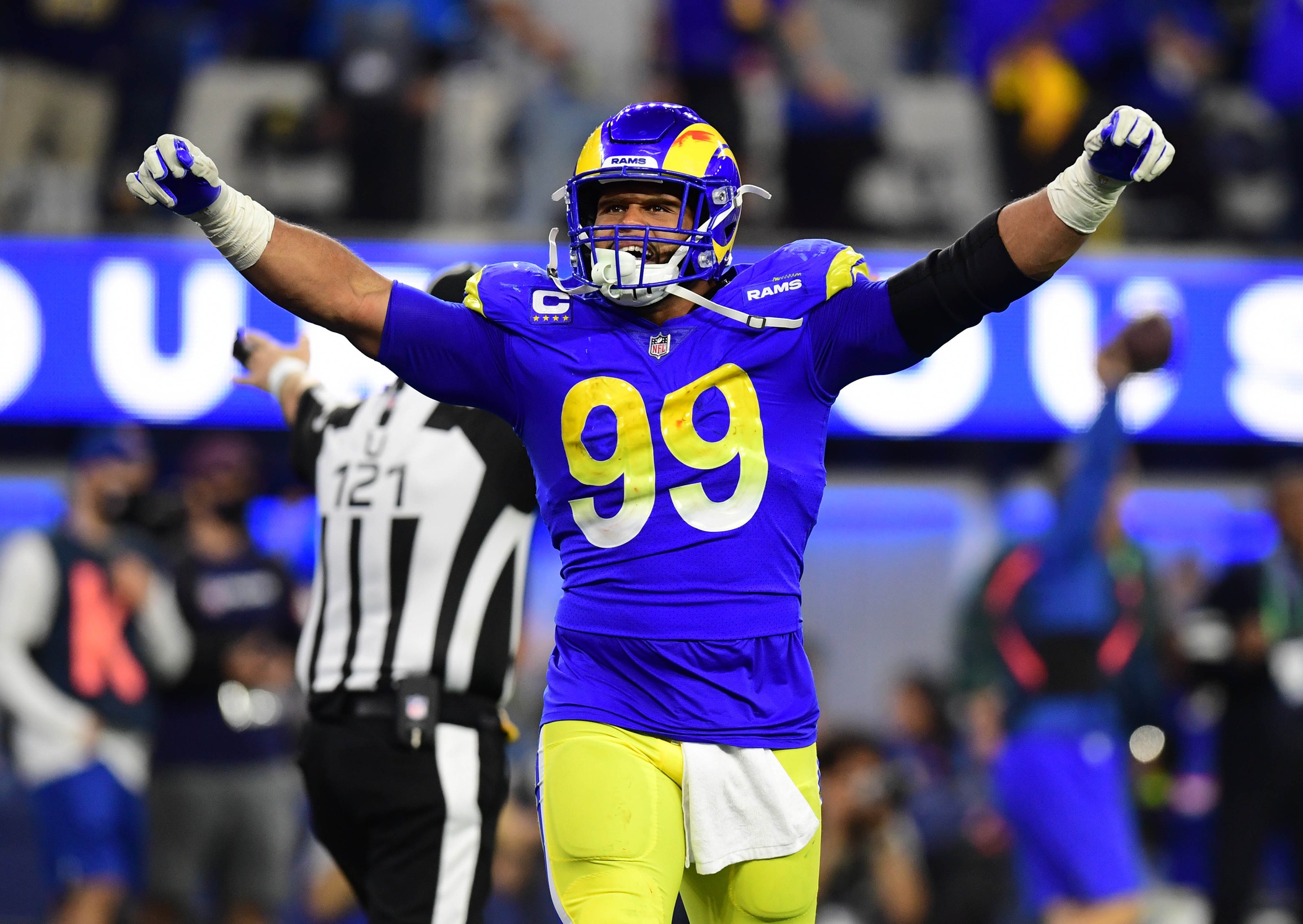 I’m still salty over not cashing my ticket on Myles Garrett to win the NFL Defensive Player of the Year Award last season. The dude hit the board as the odds on favorite to win it and was the running favorite through Week 15. Then he goes and gets injured which opened the door for T.J. Watt to bust through and snatch the award away from him. It got so bad for the former No. 1 draft pick that his name wasn’t even considered in the final voting. It came down to Watt, Micah Parsons, and Aaron Donald with the former taking in 42 of the 50 overall votes to come within two DPOY awards of catching his brother. He’s now atop the leaderboard on the DPOY Award odds at FanDuel Sportsbook, but I want absolutely nothing to do with him. Injuries started to settle in last season, and that Steelers defense might be asked to do even more this year which could open the door for a higher percentage chance of a serious injury occurring. Here are five recommendations to get in on early before their odds start to get bludgeoned by the NFL betting markets.

NFL Defensive Player of the Year Odds at FanDuel Sportsbook

This kid impressed the heck out of me last season! While it wasn’t his presence alone, it sure made the Dallas Cowboys defense a whole heck of a lot better with him on the field. Parsons electrified the moment he stepped onto the field ultimately ending the season with 84 total tackles (64 solo), 20 tackles for loss, 13 sacks, 30 QB hits, and three forced fumbles. Whenever Big D came up with a big play on defense, Parsons was within the vicinity. He won the rookie DPOY Award and I can’t wait to see what he’s got in store for NFL bettors in 2022-23!

The Chargers pass rushing extraordinaire is yet to get any recognition as the DPOY throughout his first six years in the league. He has however been voted to four Pro Bowls with a trio of them occurring in the last three seasons. His high water sack mark is 12.5 which were accrued back in 2017. I’m interested to see what Khalil Mack’s presence does to his overall stat outputs now that LA finally has someone else on the line that opposing O-Lines will be forced to pay attention to instead of double and triple teaming Bosa. This could be his blowout season!

Fresh off being elected to his first-ever Pro Bowl and being rewarded with a huge contract extension from the Raiders front office, I’m thinking Maxx Crosby is on the rise and someone all NFL bettors should be rooting for to take another step forward. The 24-year old was a QB magnet last season in logging eight sacks as well as 30 hits. Though partner in crime Yannick Ngakoue bolted for greener pastures in Indianapolis, the front office brought Chandler Jones in in his stead. His presence should only serve to aid Crosby in becoming the main man in Sin City.

When you get a glimpse of Matt Judon, it automatically registers in the cranium that he is indeed a football player. The 29-year old is a chiseled beast that eats opposing offensive lines for breakfast and washes them down with the juice of freshly squeezed quarterbacks. He made quite the impression playing for Bill Belichick and the Pats last season in logging a career-high 12.5 sacks and 38 solo tackles while logging 25 QB hits. Should Christian Barmore build off a solid rookie season, Judon will have numerous opportunities to terrorize opposing backfields even more!

I’m expecting vast improvement from the Ravens defense. That side of the ball was decimated by the injury bug last year with a bulk of the damage done in the secondary. Baltimore ranked dead last defending the pass ( 280 YPG). With both Marcus Peters and Marlon Humphrey back in the mix, the front seven’s job will be made all the more easy. This Oweh kid impressed me last season; enough to take a beer money flyer on his game evolving into a one-man wrecking crew. If the shoulder injury that cost him two late games is fully healed, I can see this kid taking a huge step forward in his sophomore campaign.