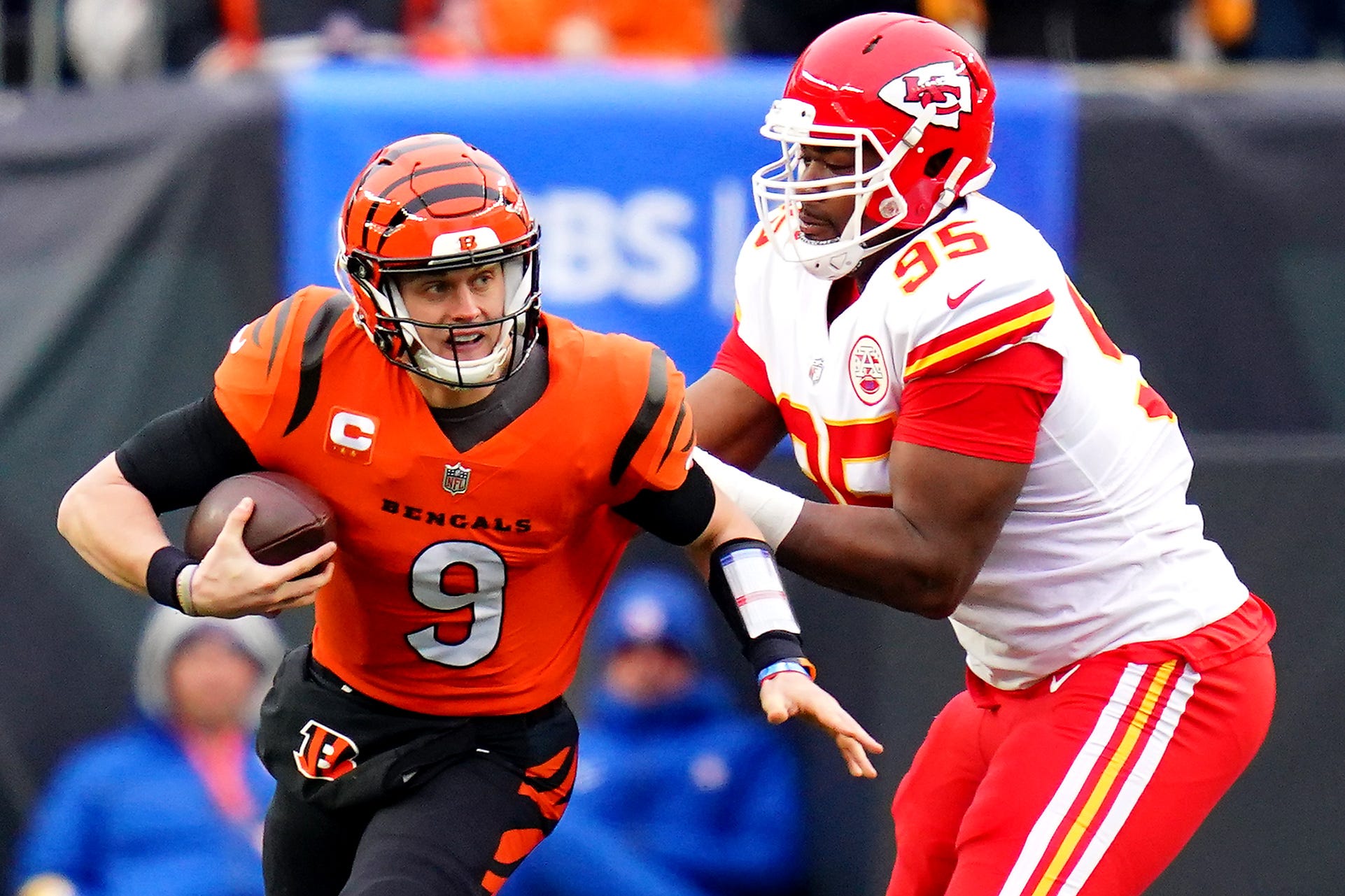 The NFL Playoffs have reached the conference title games with the San Francisco 49ers set to square off against the Los Angeles Rams and Cincinnati Bengals set to throw down with the Kansas City Chiefs.

With the former pairing being of division rivals, NFL bettors have a nice sample size to look at in order to postulate would could possibly occur in the third go-round come Sunday. Same goes for the latter matchup with Joe Burrow and the Bengals outlasting Patrick Mahomes and the Chiefs back in Week 17. That’s exactly what we’ll do for the purpose of finding some prop wagers that could add to the bottom line along with betting on the customary point spreads, totals and money lines. The NFL betting market looks to be of the belief that both games produce copious amounts of points with the four teams battling one another in hopes of landing one of the two available tickets to Super Bowl LVI. As such, the prop markets are inflated for all the heavy hitters. Let’s break through the noise and find some winners! The following are prop bets placed with SugarHouse Sportsbook that I’ll be rooting on throughout Championship Sunday.

I hate to be a Debbie Downer here, but I’ll be betting against the LSU Product going HAM in his first taste of title game competition. Yes, the rookie wide receiver looks to be in a class all his own having surpassed the 100-yard receiving plateau in each of his first two playoff games against the Las Vegas Raiders and Tennessee Titans, but I got a sneaking suspicion that Steve Spagnuolo cooks something up to keep him in check on Sunday; especially after reeling in 11-of-12 targets and turning them into 266 yards and 3 TD in the first go-round with Kansas City’s maligned secondary. While the Chiefs possess the league’s No. 27 ranked pass defense that just got gutted by Josh Allen and Gabriel Davis, look for Chase to have a much rougher go of it in this matchup with Tyrann Mathieu likely to return to the field after suffering a concussion against the Bills.

Though Cincinnati’s strength defensively comes with stopping the run with the unit allowing just over 102 yards per game (No. 5), the Chiefs had no issues running roughshod upon it in the first go round with it combining for 155 yards on 23 carries. Darrell Williams actually stole the show in that game with 88 yards and a pair of touchdown saunters on 14 overall totes of the rock. However, he saw no burn last week against Buffalo with a bulk of the carries going the way of a now healthy Edwards-Helaire who went for 60 yards rushing on just seven overall carries. As readily able Patrick Mahomes should be to pick apart the Bengals No. 26 ranked pass defense, I don’t foresee Kansas City wanting to partake in another shootout with Joey B and company. As such, look for them to utilize their underrated rushing attack and for CEH to get a bulk of the carries. Surpassing this impost could honestly only take one big gainer!

With the 54.5 current total up 3.5-points from the initial opener, it doesn’t take a rocket scientist to figure out that the betting public expects these teams to exchange points against one another with reckless abandon. I’m not so sure about that! I get that these teams combined for nearly 900 yards of combined offense and eight touchdowns against one another back in Week 17, but the rematch is likely to be played a bit closer to the vest with so much more on the line. Even in a game that saw the teams combine for 65 points which flew over the 51-point closing O/U, a total of three field goals were attempted and executed. With the defenses more likely to hunker down on their own sides of the field, I wouldn’t come away the least bit surprised to see double the amount of field goals attempted this time around. With rookie Evan McPherson already possessing the intestinal fortitude of a 10-year vet and Harrison Butker one of the most accurate big game field goal kickers in the game, I’m going to bank on both kickers being called upon much more than over bettors would like come Sunday afternoon.

If the Rams are to finally put an end to their embarrassing 6-game losing streak to the hated rival 49ers, Cooper Kupp is going to need to come up big just like he did in last week’s division round triumph over the Tampa Bay Buccaneers. If not for his end-game contributions, LA might’ve seriously coughed that game up! Personally, I think the Rams WR1 should win the MVP Award this season. He’s already broken countless team and league records and is the one of the main reasons why Los Angeles currently finds itself just one win away from partaking in the Super Bowl for the second time in the last four seasons. Even in both losing efforts to the Niners in the regular season, Kupp went for 122 receiving yards on 11 receptions and 118 yards on seven receptions. With those types of results and figuring to be one of the primary weapons utilized on Sunday, the current offering looks to be short. Take advantage of the underestimation and don’t be shocked when Kupp surpasses the impost with plenty of game time to spare.

While the pay-off does little to get the juices flowing, the rate of return just goes to show how dominant the second year wide-back has been whenever running up against the Rams defense; especially this season! In the first meeting with LA that saw San Francisco cruise to the 31-10 outright victory as 3.5-point home dogs, Deebo combined for 133 yards and 2 touchdowns with one coming by land and the other by air. In the rematch, he combined for 140 yards and a rushing touchdown. Heck, he even threw for one as well! Bottom line, Deebo excels whenever matched up against Aaron Donald and company. I get that he enters this bout nicked up with a myriad of injuries, but the kids a gamer that will still go out and give it his all for the team. If you want to spice things up, go ahead and throw some beer money on him scoring the game’s first overall touchdown at +700, two touchdowns at +600 or three at a whopping +3000!