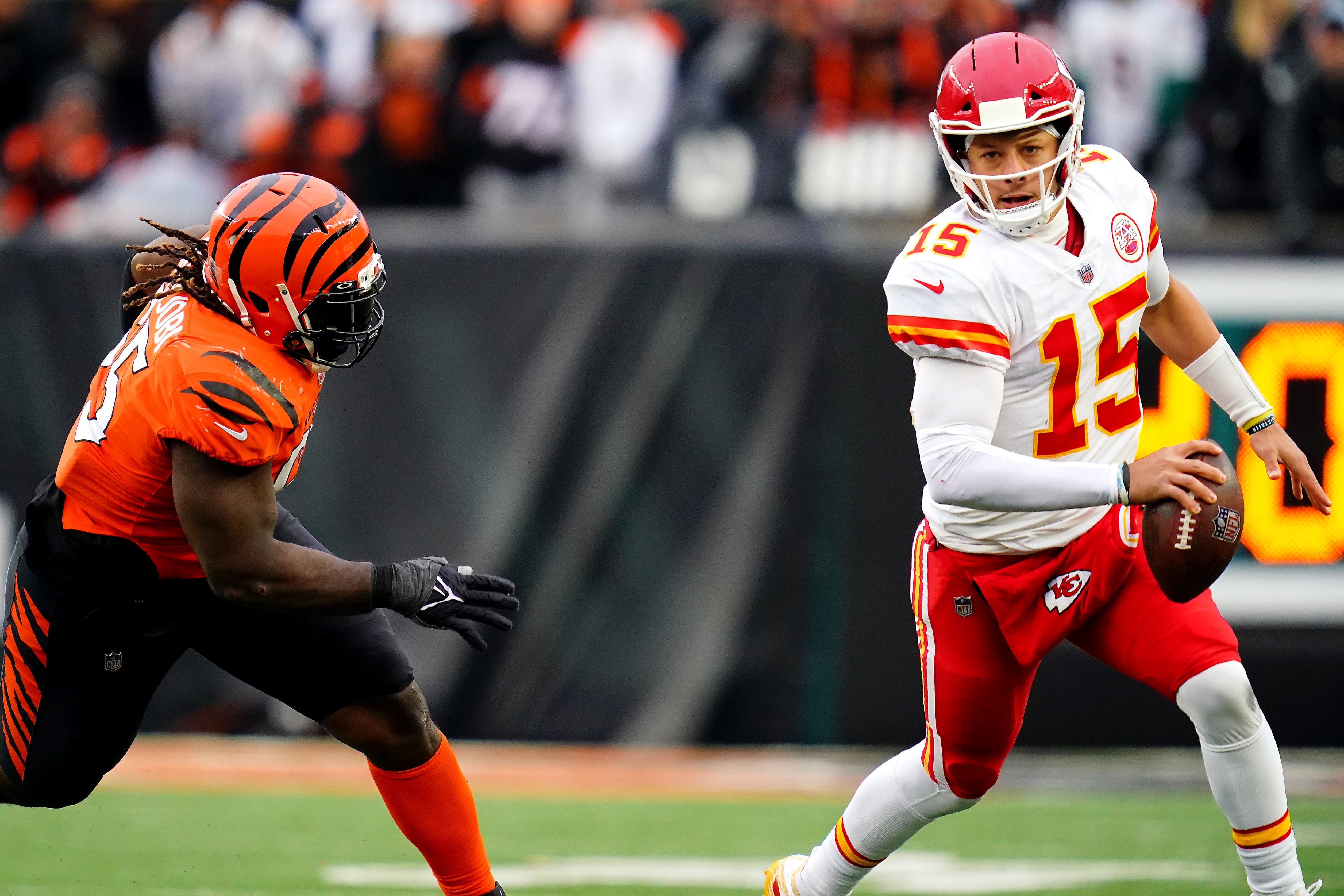 I’m not sure if it can get any better for football fans after an exhilarating weekend of divisional round games. The first three games were all decided by a walk-off field goal with Sunday night’s contest ending with a walk-off overtime touchdown. And after the dust had settled the final four teams remain with the Conference Championship matchups all set for Sunday.

Proving that the first-round playoff bye is basically meaningless, the top seeds in each conference were upset on Saturday. The Cincinnati Bengals continued their magical season upending Tennessee, 19-16, as a 4-point dog on the closing NFL Vegas line. And the Green Bay Packers saw their season end in frustrating fashion once again losing to the San Francisco 49ers 13-10.

One thing we do know is that there will be a new Super Bowl champion after the Los Angeles Rams knocked off Tom Brady and the Tampa Bay Buccaneers in a crazy game. The Rams blew a 27-3 lead but got a game-winning field goal after the Bucs tied the score late in the fourth quarter. The win sets up an all NFC West showdown in the conference title game with the Rams hitting the board as a field goal favorite on the NFL betting lines.

In a weekend full of wild finishes the wackiest came in Kansas City where the Chiefs and Buffalo Bills played an instant classic. KC was the only favorite to win a divisional round game advancing to host its fourth straight AFC Championship. They got a game-tying field goal as time expired in the fourth quarter and won it with a touchdown on the first possession of overtime. The teams combined for 25 points in the final two minutes of regulation with KC getting the game-tying field goal after Buffalo scored and converted the 2-point try to take a 36-33 lead with only 13 seconds left on the clock.

The conference championships will be rematches from games played during the regular season. The Niners swept the season series from LA coming back from 17-points down to win the finale 27-24 in overtime to qualify for the postseason. The Niners have to feel good about their chances having beaten LA in six straight games with four consecutive payouts. They are 5-1 ATS in those six games. Making an NFL wager on SF has been a profitable move. Starting with their home win over the Rams in mid-November, the Niners are 9-1 SU and ATS in their last 10 games overall.

The Rams seemingly have an edge at quarterback with Matthew Stafford playing outstanding football in the postseason. He threw two touchdown passes to beat Arizona in the wild card round, his first win as a starter in four playoff games. He completed over 73 percent of his passes for 366 yards and two more scores against Tampa finding his favorite receiver Cooper Kupp for a big play that set up the game-winning field goal. He’s struggled against the Niners, though, throwing two picks in each of the two regular season meetings.

‘Why not us’ has been the Bengals mantra all season. They were a longshot to win the AFC North and a longer shot to reach the postseason, but here they are playing for a shot at a Super Bowl berth. They covered the spread in their wild card win over the Raiders and pulled off the upset of No. 1 seed Tennessee as a 4-point dog. They’ve been an NFL best bet over the last six weeks going 6-0 ATS in their last six games that included a 34-31 home win over the Chiefs in the penultimate regular season game.

Joe Burrow outdueled Patrick Mahomes in that game completing 30 of 39 for 446 yards and four touchdowns. Ja’Marr Chase had more than half those yards with 266 and three scores on 11 receptions. The Chiefs secondary struggled against Josh Allen after Tyrann Matthieu exited with a concussion and his status for the AFC Championship is unknown. Still, the Chiefs now have the shortest odds to win the Super Bowl, but they have to get past the Bengals as a 7-point favorite on the NFL football lines.

You can find the latest lines for NFL playoff gambling and bet on NFL games at Sugarhouse.