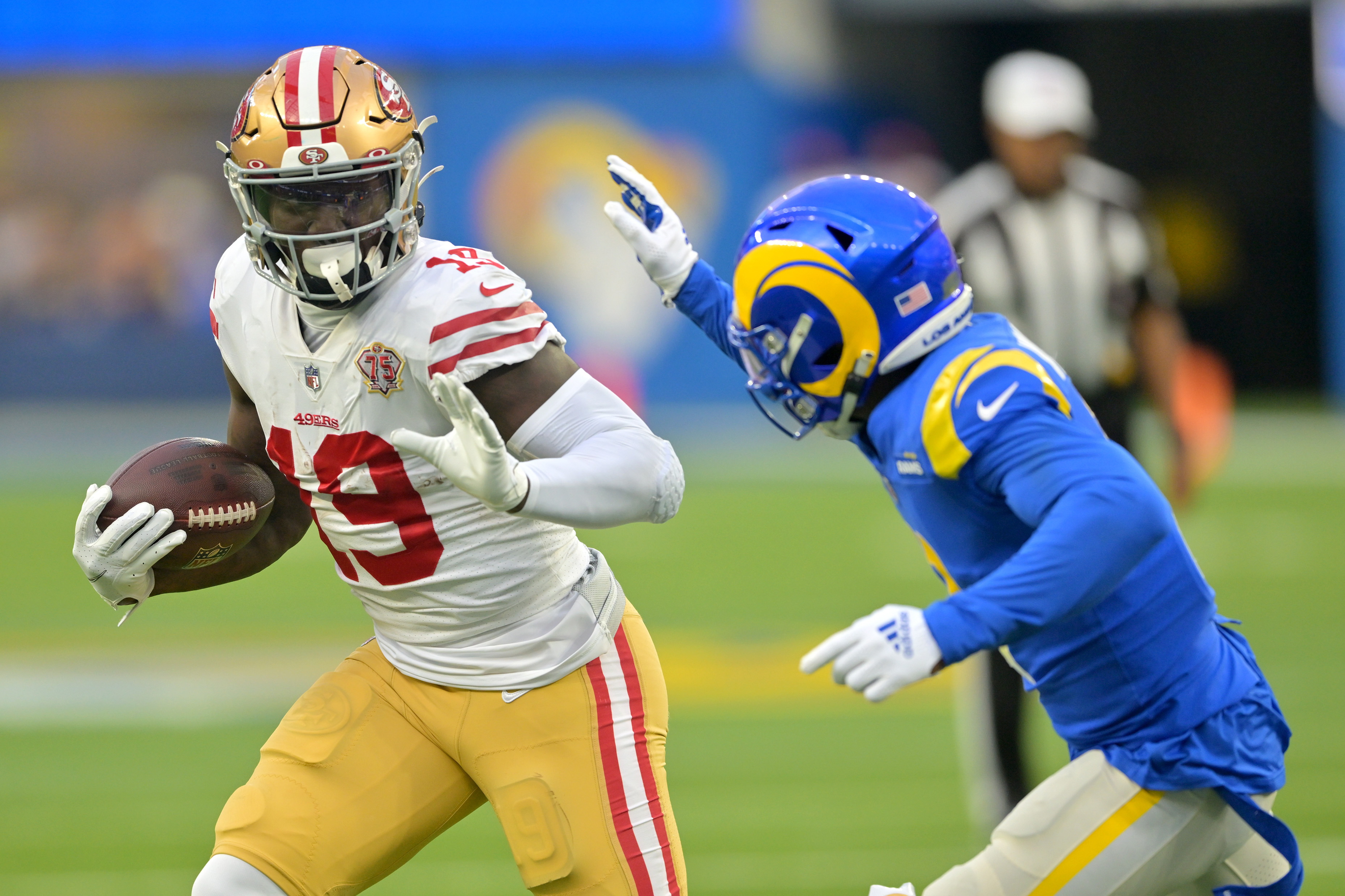 Last weekend provided viewers with maybe the most entertaining round of playoff football in the history of the sport. All four divisional round matchups came down to the final play, with the Rams, Bengals, and 49ers each winning on last second field goals while the Chiefs made an incredible late game comeback to win in overtime.

More interestingly, three of the four home favorites lost. Both Tom Brady and Aaron Rodgers are now on the sidelines for the remainder of the playoffs while young bucks Patrick Mahomes and Joe Burrow take over the spotlight.

Can the Conference Championships top that drama?

We’ll have a pair of rematches coming up on Sunday with the Rams taking on the 49ers for a third time this year and the Chiefs battling the Bengals for the second time in a month.

We’re 4-2 on our NFL best bets thus far in postseason action, posting a 2-1 mark in each round. We’ll try to keep the train rolling in the championship round.

This will be the third matchup between these two rivals, and the second in the month of January. The Rams are favored by more than three points despite the fact that it’s the 49ers that are a perfect 2-0 in the season series.

The 49ers are playing with confidence after knocking off both Dallas and Green Bay as underdogs these last two weeks, so you can bet they won’t be intimidated by the environment in SoFi Stadium this Sunday.

As for this matchup, the Rams are 6-4 against the spread in their last 10 games, but two of those defeats came against these same Niners. San Francisco, on the other hand, is 9-2 against the NFL betting lines dating back to that first matchup with the Rams with a 5-2 mark away from home.

Back the 49ers to get the job done again. They’ll cover this weekend, if not win outright.

The Bengals have been on a surprise run but the dream ends on Sunday. Kansas City’s offense is playing absolutely lights out, notching 42 points in each of their first two playoff matchups. They nearly saw their season end last weekend but rallied for 10 points in the last two minutes of regulation to force overtime.

That overtime session ended quickly with the Chiefs scoring on their opening drive to send the Bills home with a crushing loss. They’re now 2-0 against the spread in the postseason.

Cincinnati, while posting wins in each of the first two rounds, is lucky to be here. They nearly allowed the Raiders to complete a comeback in the opening round, leaving with a 26-19. They made a final stop inside the 10-yard line to secure the victory.

Game two was even more fortuitous, with the Bengals benefitting from three Ryan Tannehill interceptions, including one on the final drive as the Titans drove for a game-winning field goal. They’ve seen a 5-1 turnover advantage over these first two weeks to squeak out close wins, but that’s not a stat you can always count on.

The Bengals beat the Chiefs 34-31 last month with questionable calls aiding Cincinnati on the final drive, setting up a game winning field goal as time expired. Don’t expect Kansas City to forget about that result as they take down the Bengals this week by two scores or more.

We mentioned that the Chiefs have been playing at a high level on offense, averaging 42 points per game in the playoffs. The over has hit easily in each of the first two contests.

Still, 54.5 points is a lot to score. Particularly when considering that Cincinnati has struggled a bit on offense at times this postseason.

The Bengals are averaging 22 points a night through the first two matchups, and we expect that number to be lower on Sunday night. Joe Burrow took a shot earlier this week, saying NFL stadiums aren’t as loud as those he saw in the SEC. Kansas City fans will try to make him eat those words in Arrowhead.

We also believe the Chiefs will see a downtick in offensive production. The Bengals’ defense has been playing at a high level, forcing five turnovers thus far in the postseason. Kansas City has been vulnerable in that department, which could help keep scoring down.

We’re expecting this one to play out like more of a 31-20 with the Chiefs coming out on top. Book the under.