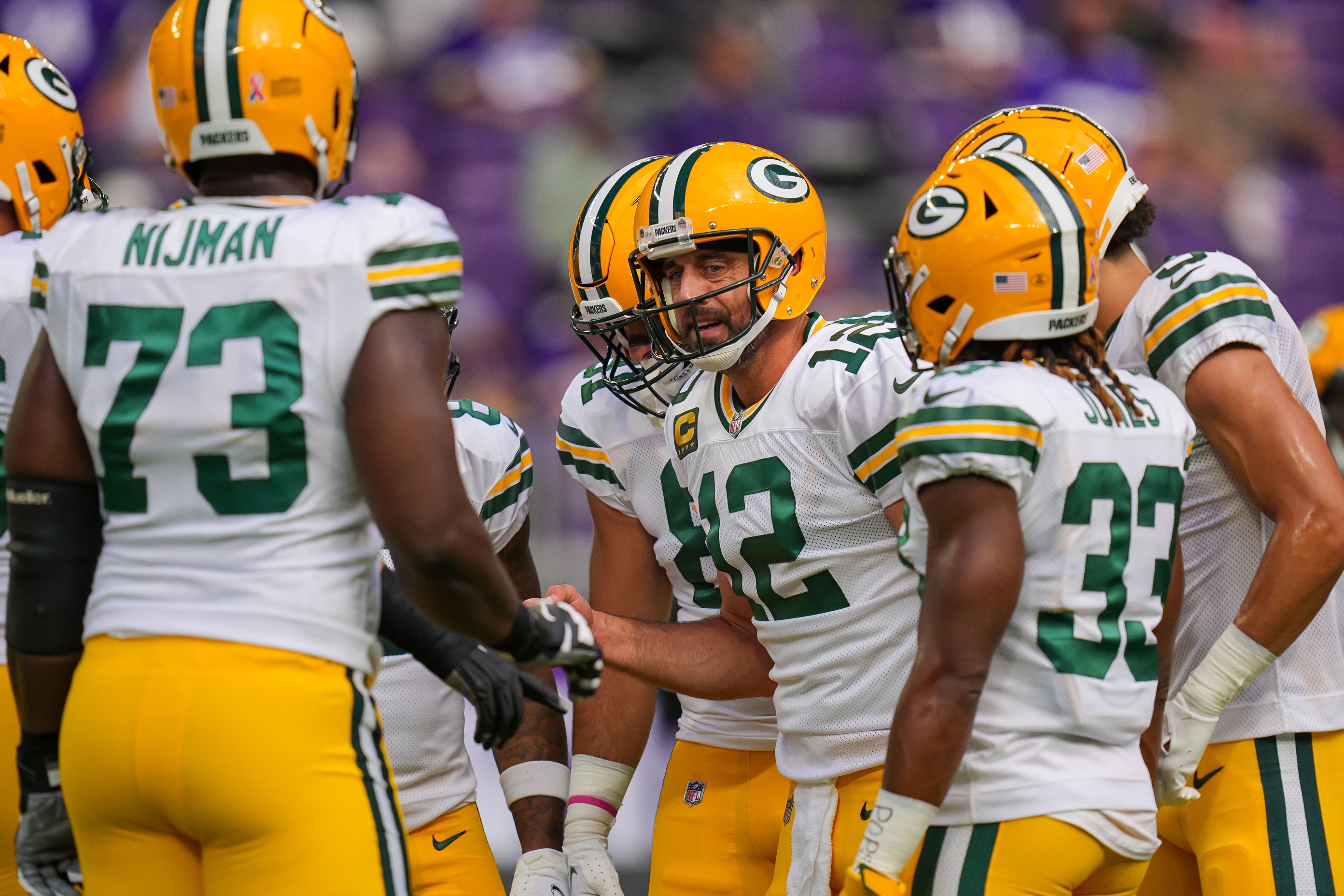 Entering the regular season, the NFC North figured to be dominated by two teams: the Green Bay Packers and Minnesota Vikings.

The odds at PointsBet Sportsbook to win the division saw the Packers installed -155 favorites to take it down a fourth straight time with the Vikings sitting right in back of them at +240. But after the latter smoked the former in the season opener, the two teams are now identical +120 choices to take home divisional bragging rights come to the conclusion of the regular season. But what about the Chicago Bears and Detroit Lions – do they have a shot? Let’s dig into the current futures odds to see if there’s any line value to play with heading into Week 2.

So what are NFL bettors to make of the Green Bay Packers after getting smoked by the Vikes by a 23-7 final tally? My recommendation is to not overreact. Remember, Green Bay got stomped by New Orleans on a neutral field the opening week of last season and then went on to rattle off seven straight victories to pave the way for the franchise’s 21st division title.

Now I get that Davante Adams is no longer on the roster and the pass-catching corps looked wretched without him, but give it time. Aaron Rodgers is a future Hall of Famer and is destined to build chemistry with the youngsters. The running game will eventually become one of the best in the game with the 1-2 punch of Aaron Jones and AJ Dillon punishing all opposition, and the defense is exponentially better than it looked this past Sunday.

Green Bay will be neck-and-neck with Minnesota to win the North the rest of the way. You can arbitrage the two teams every week and guarantee yourself profit should you choose to do so.

I loved what I saw from the Minnesota Vikings this past Sunday after betting them big on the alt lines. Know who loved how that game played out even more than me? Justin Jefferson, that’s who! Think Minny’s WR1 liked the new offensive game plan in the season opener? After reeling in nine of 11 targets and turning them into 184 yards and a couple scores, it’s pretty safe to assume he’s a fan of new head coach Kevin O’Connell’s offensive philosophy.

Could JJ become the first wide receiver to win the NFL MVP Award should the output continue? It might be worth throwing some pizza money on him at +5000 at PointsBet to find out!

Regardless, the Vikings share a similar schedule strength as the Pack the rest of the way. As such, it makes perfect sense to load your portfolio up with Vikings and Packers futures bets at plus money to guarantee profit. No other team in the division has the roster makeup to come from out of nowhere and throw a wrench in those plans.

There was a ton to like about the Lions from an offensive viewpoint in Sunday’s 38-35 loss and point spread cover against what proved to be a better Philadelphia Eagles outfit. D’Andre Swift proved to be the Real Deal Holyfield by going off for 175 scrimmage yards and finding the end zone. Amon-Ra St. Brown was peppered with pigskins by Jared Goff (12 targets) while newcomer D.J. Chark proved to be a viable No. 2. The excelled offensive line also held up well against Philly’s furious pass rush in allowing a lone sack and limited pressure.

However, there was much to dislike when looking through a defensive lens. Detroit allowed Jalen Hurts and Co. to combine for 455 total yards of offense with 200+ coming on the ground. Aidan Hutchinson did little to put a jolt in an anemic pass rush, and the secondary allowed A.J. Brown to carve them up for 155 yards on 10 receptions.

You’re not winning this division with a defense that owns a 12.0 defensive yard per point average (No. 26). Detroit’s going to be a fun team to watch this season. They’ll be in most games and likely be cover darlings once again. They just won’t be taking home any hardware. Not. Just. Yet.

Being a die-hard Chicago Bears fan, I absolutely loved seeing the Matt Eberflus era kick off with an outright win and cover as touchdown dogs. That being said, I’m taking that final outcome with a grain of salt due to the monsoon both the Bears and 49ers were forced to play in the entirety of the game.

I’ll have a much different outlook on the team should they go into Green Bay and beat the Packers in front of a nationally televised audience. Show me what you truly got Chicago!