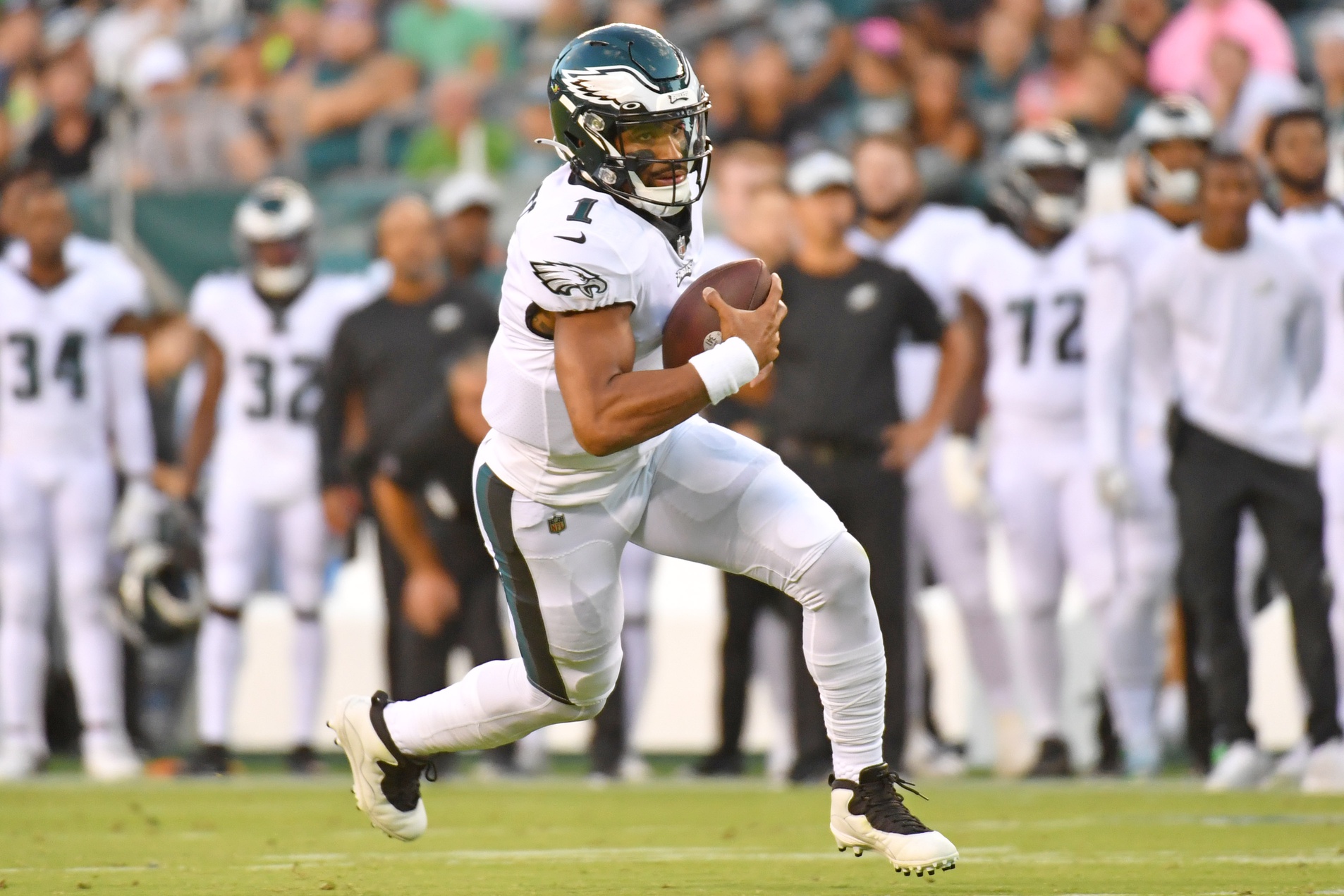 Oh, how the mighty has fallen - exactly as planned! While it took an opening week defeat to Tampa Bay paired with an unfortunate injury to Dak Prescott, there’s a new team perched atop the NFC East title odds entering Week 2. It was a foregone conclusion it would occur at some point in my opinion, just not this soon.

I never once believed Mike McCarthy had a team in place to win the division for the second straight year. As such, I heavily faded the Cowboys and looked the way of the other three teams when adding to my off-season futures odds portfolio.

Now that Big D is no longer in the mix, do the Commandos or GMEN have what it takes to hunt down my favorite team of the bunch? Let’s dig into the current offerings at BetRivers Sportsbook and see if there’s any line value remaining to take advantage of.

From a +220 dog to the -155 favorite in a matter of a week, Nick Sirianni’s Eagles are now the toast of the division. Even if Dallas didn’t lose its starting quarterback for the next month-plus, the Eagles would’ve still been lined the odds-on favorite to take home NFC East bragging rights entering Week 2. I said as such back in the offseason that it would only be a matter of time until Philly was deemed the favorite.

Unfortunately, it ended up being the shortest amount of time possible. Even so, the Eagles are still worth an investment at this price point. Though it ultimately coughed up the cover in Detroit this past Sunday, the Eagles still exhibited the championship caliber DNA needed to win this division. More importantly, it displayed the chops to possibly hoist the Lombardi Trophy!

Should it hold serve in Monday night’s home opener against Minnesota, the Eagles’ odds of winning anything will shorten up dramatically with @Washington, Jacksonville, @Arizona, and Dallas on the docket going into the Week 7 bye. Coming out of it, they got Pittsburgh, @Houston, and Washington before the schedule toughens up. Now’s the time to strike!

Entertaining Week 1 comeback win versus the upstart Jacksonville Jaguars! But how did Riverboat Ron’s troops ever find themselves in comeback mode in the first place? Remember, Washington held what looked to be a commanding 14-3 lead at the break, but then allowed Trevor Lawrence and Co. to rattle off 19 straight points to take a 22-14 lead.

This defense continues to be an issue even though it once again wreaked havoc up front with its dominant defensive line. The pieces are there offensively with Terry McLaurin and Antonio Gibson. The insertion of rookie Jahan Dotson into the huddle already paid off with the former PSU Nittany Lion likely to be the biggest get-off fantasy waiver wires this week.

But are we buyers in Carson Wentz? I’m not. He’s too inconsistent for my blood. That paired with the issues in the backend of the defense relegates Washington to third place in my book. That could come to fruition as early as this Sunday.

If you read my offseason article dissecting the NFC East betting odds, you know I’m a big fan of the 2022-23 New York Football Giants. And no, it’s not only because I’ve got a man crush on Brian Daboll’s offensive mind. NY’s new head coach going for two and the win last week in Tennessee only affirmed my feelings for this man.

And yes, it had everything to do with GMEN +220 moneyline and +6 point spread tickets being clutched in my hand!

Saquon Barkley is now two full years removed from that nasty knee injury and a year removed from his fluke ankle sprain. Think he was running with power and determination ripping off 164 yards and a tuddy against the Titans defensive strength?

Danny Dimes scares the hell out of me, but this 5-1 offering is still worth a squeeze at BetRivers. The rate of return is set to get even smaller with each of the teams next three games coming at home against Carolina, Chicago, and Dallas.

Now is the time to snag a taste if you haven’t already!

No team’s odds to win this division plummeted more following Week 1 than the Dallas Cowboys. Rightfully so! I’m even more bearish on this team than I was entering the regular season now that the offense doesn’t possess a viable quarterback on the roster. I don’t care if Jerry goes out and mortgages the future to bring in Jimmy G.

Did you see how it competed with a Tampa Bay team still finding itself with Dak Prescott healthy and under center? Put a fork in this team – as well as McCarthy – it’s done!!