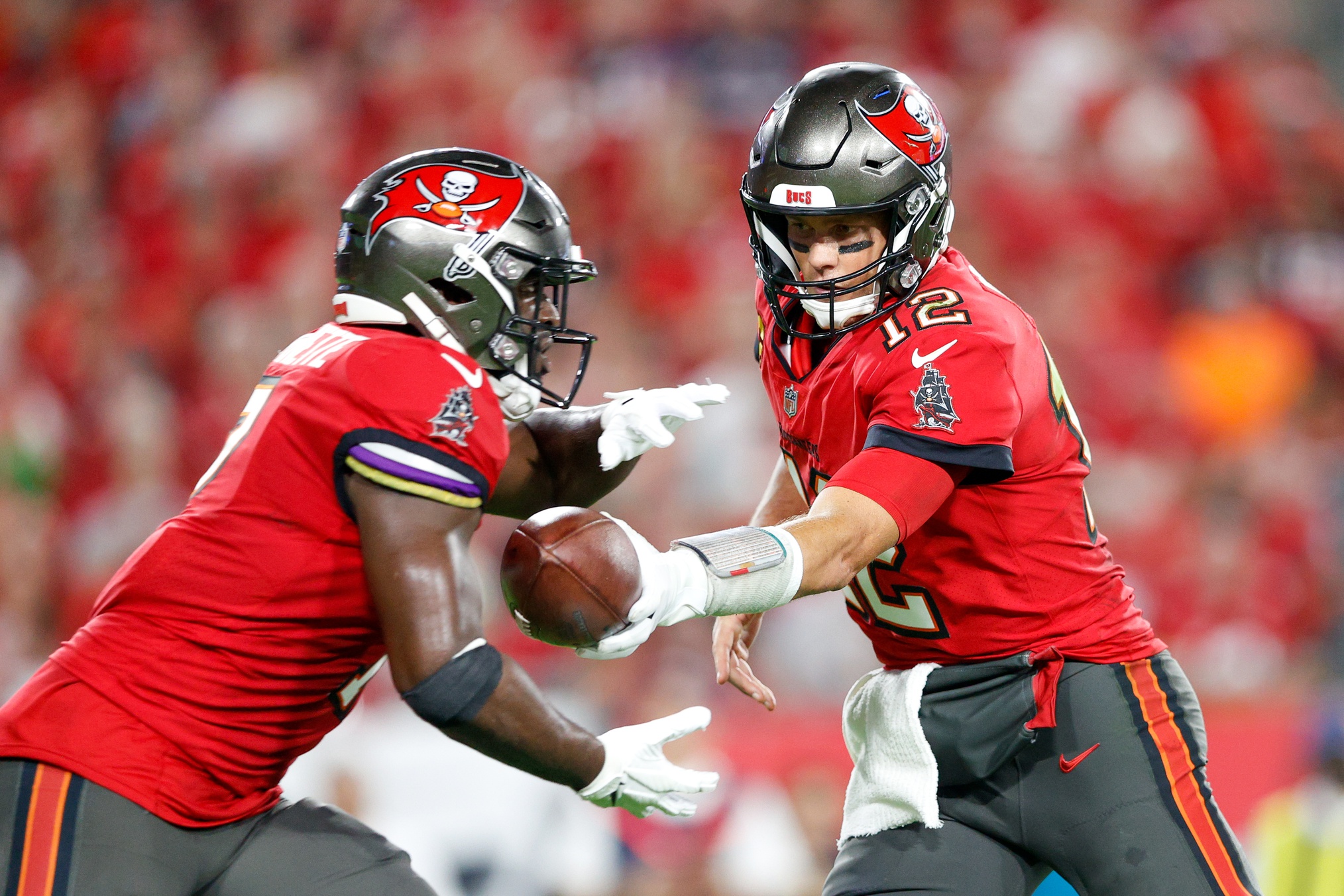 Of the four teams comprised in the NFC South, three currently possess plus-money returns to qualify for the playoffs at SugarHouse Sportsbook. The one that doesn’t? You guessed it; the Tom Brady-led Tampa Bay Buccaneers who linemakers expect to run away with the division title lining them decided -305 chalk to pull off the feat a second straight season. As it stands right now, the Bucs sit only behind the Buffalo Bills (+650) as the second choice to come out victorious in Super Bowl LVII.

They’re also one of only 10 teams that currently possess double-digit season win totals. As such, the Bucs look to be the runaway victor when seeing just how bullish those booking the bets are with them heading into the regular season. And to think Brady almost called it a career a few months ago!

Any investments on any of the other three teams that include the New Orleans Saints, Carolina Panthers, and Atlanta Falcons should be made with no more than beer money. All three teams have more questions than answers at this point off the offseason, so I don’t endorse any monies being thrown at any of those squads. So long as Brady doesn’t suffer a catastrophic injury in his age 45 season, I simply can’t envision any team but the Bucs ultimately sitting atop the standings come the season’s end

The Bucs tied the Green Bay Packers for the best record in the NFC but lost out on the No. 1 overall seed due to tiebreakers. Three of its four regular season losses occurred on the road where it dropped a 34-24 decision to the Rams, 36-27 decision to the Saints, and a 29-19 decision to Washington. The fourth defeat came in the form of a head scratching 9-0 shutout loss at home to New Orleans. For one reason or another, the Saints just know how to get under the GOAT’s skin. While Tampa had no issues disposing of the Philadelphia Eagles in the wild-card round, its season came to an end the following week after dropping a 30-27 decision to the Rams as 2.5-point favorites in the Division Round. However, they weren’t playing with a full deck in that game with WR Chris Godwin sidelined due to injury and Antonio Brown kicked off the team.

Still, the Bucs still found a way to make a game of it even after trailing 20-3 at halftime. Bottom line, this team is stocked with exceptional talent on both sides of the ball. So much so that Brady actually second guessed his decision to hang up his cleats. Though Todd Bowles proved to be nothing short of a train wreck throughout his stay in New York as head coach, this team is simply too good to be held back by his shortcomings. With Bruce Arians now out of the way, it’s now 100 percent Brady’s team to do with as he pleases. Let’s hope he has more success than LeBron James has had with the Los Angeles Lakers!

The offense is likely to once again tear it up through the air after the unit boasted the No. 1 ranked passing attack that averaged better than 307 yards per game. Back to reel catches in are the aforementioned Godwin, Mike Evans and Cameron Brate. To make up for the omission of Brown, the Bucs inked Russell Gage away from the rival Falcons to a three-year $30 million contract. Also back to build off last year’s bust out campaign is Leonard Fournette who combined for nearly 1,400 yards and 10 touchdowns. While the offensive line has been tinkered with, it’s still plenty good to give Brady the time needed to once again rank out as one of the best field generals in the game.

Though the defense could be without Ndamukong Suh, it’s still plenty nasty with DT Vita Vea up front and LB Devin White manning the middle. Logan Ryan was brought in from the Giants in hopes of improving a Bucs secondary that proved to be the weak link of the defense. Some nice defensive depth was also brought in via the draft with DE Logan Hall expected to snag a starting job immediately. Not much had to be fixed on this team over the offseason. So long as there’s improvement defending the pass and injuries are limited, there simply isn’t a team in this division that can threaten Tampa’s supremacy.

I was bullish on the Panthers making some noise in Matt Rhule’s second full season overlooking the franchises day-to-day. While the season kicked off with three straight wins and covers against the Jets, Saints, and Texans, none of those teams went on to qualify for the second season. Once the schedule got tougher, Carolina was no longer able to get it done with smoke and mirrors. It went on to win just two games the remainder of the year to bring up the rear of the AFC South standings for the second time in the last three seasons. Even so, I still like the makeup of this team on both sides of the ball heading into this season.

Of utmost importance however is the overall health of RB Christian McCaffrey. He only participated in seven games last season a year removed from missing 13 due to a myriad of injuries. Badly in need of a road paver to open holes for him as well as limit opposing defensive pressure, upper management made the right choice and selected a difference maker in Ikem Ekwonu with the sixth pick in the 2022 NFL Draft. The running game should thrive with him in the mix immediately! If Matt Corral manages to run away and hide with the QB1 gig, Carolina’s offense could be dangerous. How could it not with D.J. Moore and Robby Anderson also back in the mix? And don’t forget about Terrace Marshall Jr.!

Carolina is also much better defensively than its No. 21 scoring average suggests. It was routinely put into bad situations due to Sam Darnold once again being paid to be a professional turnover machine. The Panthers turned it over a league-high 29 times last season! Look for some positive regression to come in that department in 2022-23. Of the three teams competing with Tampa Bay, Carolina is the only one I can envision giving the Buccaneers a run for bragging rights.