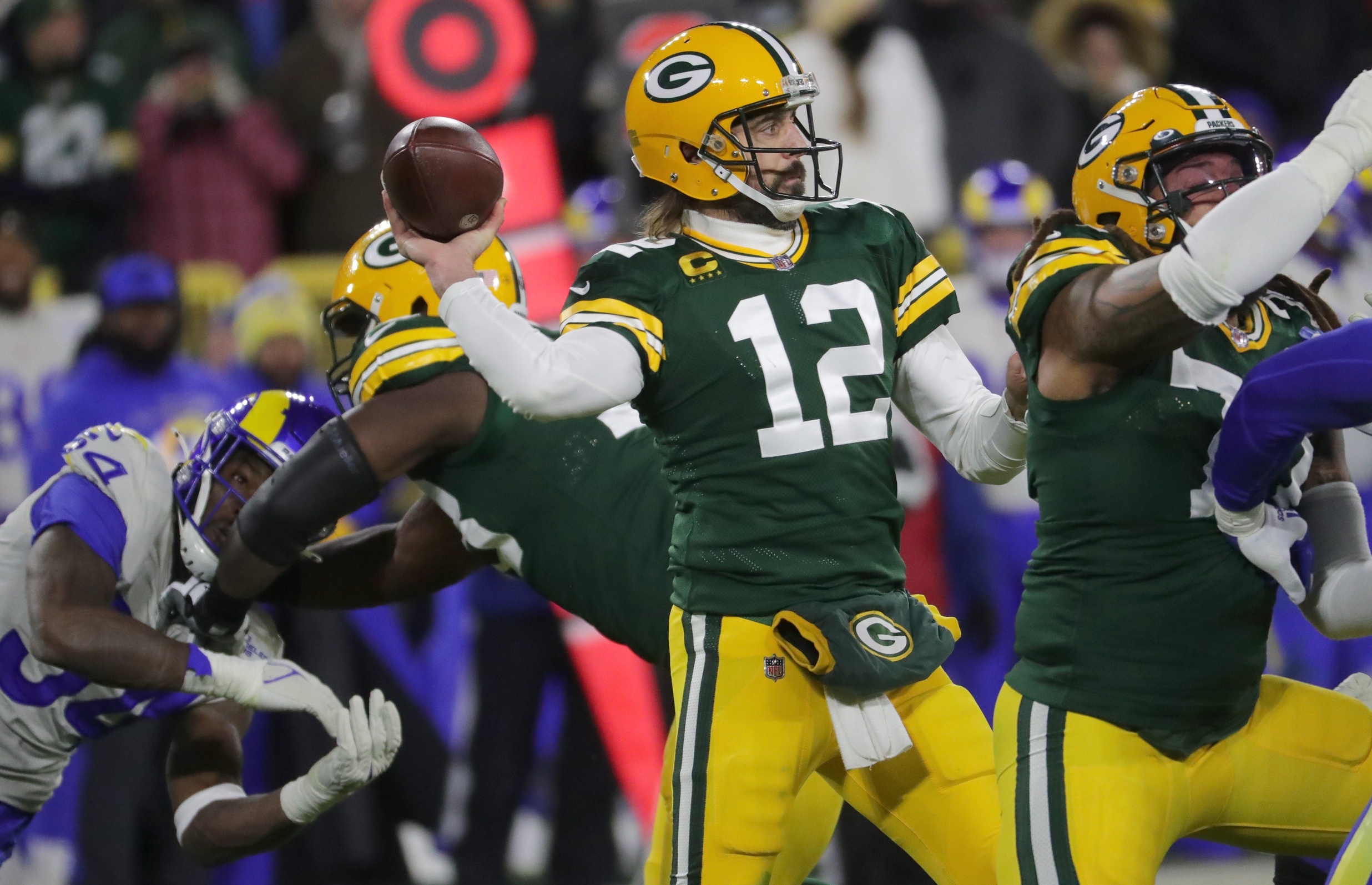 Dating back to 2011, the Green Bay Packers have taken home NFC North bragging rights in eight of their last 11 opportunities. Aaron Rodgers let the Chicago Bears know that he still owned them in a win at Soldier Field last season. Maybe it’s more than ownership of just their fledgling division rival considering the team’s only dropped three of its last 18 tussles within division play. With that the case, does it come as any shock to see FanDuel Sportsbook installing them the decided -180 favorites to take home the division title for the fourth straight season? Though the media and social media dumped on upper management for not selecting a wide receiver with either of their two first round picks, I think the team did just fine later on in hopes of replacing some of the production currently playing out in the desert. Being a diehard Bears fan, I’d love to tell you that any team but the Cheeseheads have the inside track towards winning the division once again. That however isn’t the case. With Rodgers still at the helm, Green Bay is still the team to beat – with or without Davante Adams.

Green Bay won 13 of its 17 played regular season games to lock down the NFC’s No. 1 overall seed. Hilariously, the effort amounted to a Division Round exit to the San Francisco 49ers in a game played under the lights at Lambeau Field. San Fran won that game without scoring a single offensive touchdown. It blocked a punt for six and also kicked a pair of field goals; the last of which came off the right leg of Robbie Gould at the gun from 45-yards out. A proud moment for suffering Bears fans and another sickening end to a season for Green Bay who saw its campaign end in a home playoff game for the second straight season. But with No. 12 back under center in the “Land of Cheese” for at least this season, the Packers are destined to sit perched atop the standings provided the injury bug doesn’t take a bite out of the offenses most important 38-year old. Even with rookie WR Christian Watson, Randall Cobb, and Allen Lazard the headliners of the wide receiver corps, Rodgers and head coach Matt LaFleur will find a way to make it work. Personally, I have a higher affinity for Nevada WR Romeo Doubs, so make it a point to see if he shines with any early-season opportunities. But remember, the offense still possesses a pretty dynamic 1-2 punch in the backfield in the forms of Aaron Jones and A.J. Dillon, so the offense will be fine.

It’s the defense that always has me questioning whether the Packers are just bullies of the NFC North and nothing more. Because let’s face it, the division hasn’t produced many impressive teams save for the Packers since the turn of the century. The additions of Georgia teammates Quay Walker and Devonte Wyatt will add a toughness to a unit that exhibited stark improvement a year ago in ranking No. 9 overall while allowing fewer than 22 points per game (No. 14). The injury bug wasn’t kind to this outfit last year, so better health is likely in store moving forward. While the division looks improved, each of the other three teams has only taken baby steps at becoming a divisional powerhouse. Green Bay – even without arguably the best wide receiver in the game – still has enough in the tank to once again take home NFC North honors.

There’s probably no shot in hell of this near 10-1 ticket cashing at FanDuel, but man do I have a man crush on the offense that’s been put together by GM Brad Holmes and Dan Campbell. You got PPR stud RB D’Andre Swift in the backfield, big target T.J. Hockenson at tight end, Amon-Ra St. Brown potentially headlining the wide receiver corps, and one of the more underrated offensive lines spearheaded by Penei Sewell making it all go round. If only the offense had a QB worth his weight in salt. If they did, utilizing the deep ball to new speedster WR Jameson Williams would likely play out a whole heck of a lot better than it will once he’s deemed healthy enough to return to the playing field; likely mid-season. Even so, I love the potential of this Detroit offense which ranked out atop the bottom third of the league. It likely would’ve finished much higher in the end of season rankings had Swift and Hockenson not been saddled with injuries a bulk of the season. Should the light go on for Jared Goff, the sky’s seriously the limit for this team with the offense likely having an ability to hang crooked numbers on any defense that gets in its way.

But is there enough on the other side of the ball to help earn the franchise its first division title since 1993? Knowing full well preventing opponents from racking up yardage and denting the scoreboard with points was a grave concern, upper management used six of its eight overall 2022 NFL Draft picks to select defensive players – headlined by none other than Aidan Hutchinson with the No. 2 pick. If nothing else, his presence should help change the work ethic and explosiveness of this group. Pair that with a potential lightning rod for an offense, and the Lions are certainly worth a beer money investment just to see if they can turn this title race on its head.