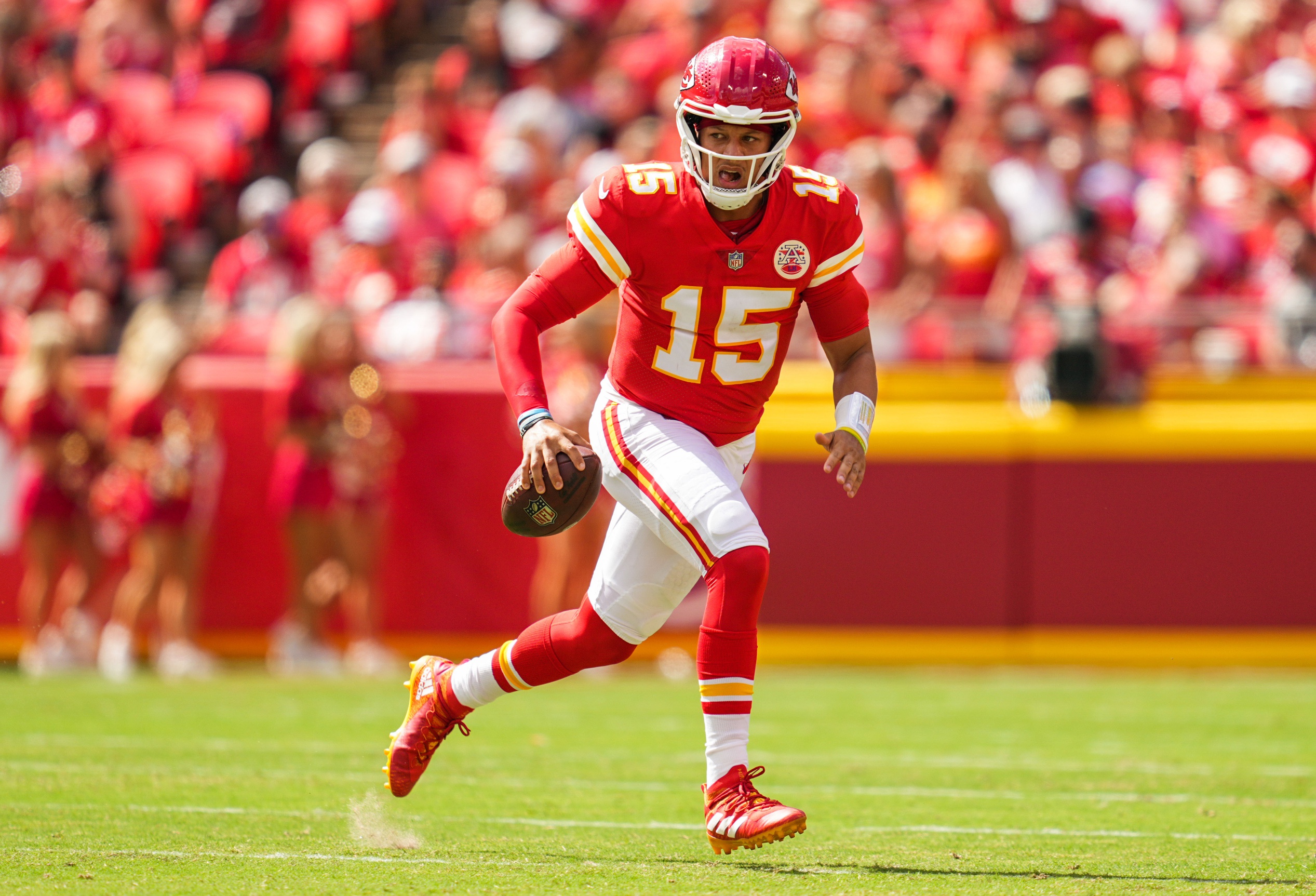 The AFC West has been dominated by a one-trick pony from the state of Missouri regardless of whether it was Alex Smith or Patrick Mahomes running the show.

The 2022-23 season finds the Kansas City Chiefs in search of their seventh straight division title, and the folks over at PointsBet Sportsbook currently have them installed the slight odds-on favorites to get the job done. That being said, this division got a whole heck of a lot more competitive in the offseason with Russell Wilson, Davante Adams, and Khalil Mack entering the fray.

If ever there was a time to dethrone the current champs, this is it. This is likely to be the most insane division title race in the league, and you’re going to want to more or less live bet it all the way through Week 18! Three teams all nearly qualified for the second season a year ago, and it wouldn’t shock me in the least if it came to fruition this time around. Buckle up, kiddos; it’s going to be a wild ride!

Even with all the losses this team must deal with on both sides of the ball, the Chiefs get the full respect of linemakers. I get that Mahomes is a phenom and that Andy Reid has experienced nothing but success since taking over the reins back in 2013, but the defections are simply just too much to overlook. No. 15 is working with his worst wide receiver corps since entering the NFL.

Instead of utilizing Tyreek Hill’s game-breaking skills, he’s now forced to build rapports with JuJu Smith-Schuster, Mecole Hardman, and Marquez Valdes-Scantling. The offensive line has question marks at both tackle spots. Then there’s the meh backfield spearheaded by the injury-prone CEH. Steve Spagnuolo’s worked wonders with the defense in years past, but I think it all catches up to him this time around.

The opening schedule is horrific: @Arizona, Chargers, @Indianapolis, @Tampa Bay, Las Vegas, Buffalo, @San Francisco. Sorry, but I want none of that!

One can only pray that Brandon Staley learned his lesson in the offseason. His decision to call that timeout in overtime against the Raiders cost his team a trip to the playoffs. Hopefully, he’s headier in year two of his Tinseltown reign. Even if he continues to utilize idiotic 2-point conversion attempts and make poor judgment calls, the Bolts have enough in the tank to persevere this time around.

Have you taken a look at this loaded roster?! As great the offense is going to be, I’m actually more excited about what the Chargers bring to the table defensively entering the regular season. Mack was brought in to give Joey Bosa a running mate, while J.C. Jackson and Bryce Callahan were inserted into the secondary.

Of all the AFC West teams, it’s the Bolts that have by far the best defense, in my opinion. Pair that with year three of Justin Herbert’s ascension, and it’s a no-brainer in my book – LA should be favored to win this ultra-competitive division!

It was painful watching the Broncos trip and stumble all over themselves en route to logging a 9-8 SU record a season ago. As I sat and watched every passing week, it became apparently clear that all the team needed was a stud quarterback to lead the charge.

Well, upper management noticed it too, and did something about it by making the trade to bring Russell Wilson in from Seattle. He gets the benefit of leading a likely potent offensive attack with a nasty 1-2 punch of Javonte Williams and Melvin Gordon in the backfield, as well as an excellent wide receiver tandem in Courtland Sutton and Jerry Jeudy.

With some multiple scores leads to work with, Pat Surtain and the defense could shine. The schedule is expected to be the easiest of the four division members as well. Everything lines up for Denver to excel in Nathaniel Hackett’s first go-round as head coach. I’d take a small flier now since the team’s likely to be 2-0 heading into Week 3.

The Raiders qualifying for the playoffs was almost as unbelievable as Tennessee coming from out of nowhere to win the AFC. Chucky not roaming the sidelines at the tail end of it all made it that much harder to believe.

The needle looks to be pointing up in Sin City with the front office not just counting all the extra season ticket money that came in because of it. The inking of Davante Adams and Chandler Jones lets it be known that Vegas is going for the glory. Even so, I’m not sold on the silver and black having enough in the tank to compete with the Chargers or the other two teams for division bragging rights.

This is a solid squad that will flirt with another wild-card bid, but it’s not winning the division. Josh McDaniels needs to show me he possesses the head coaching chops first before I buy in.