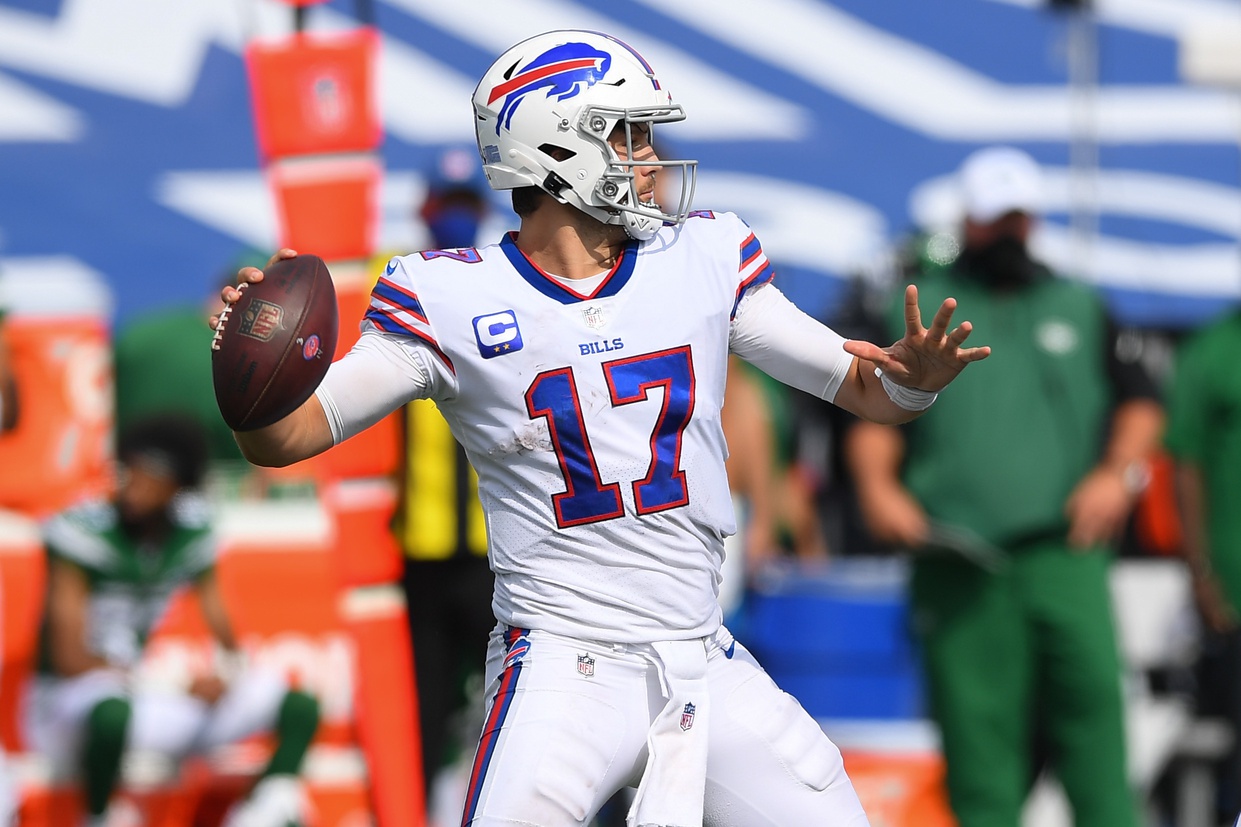 Kick-off for the 2022-23 NFL betting season is set to kick off this Thursday night when the Buffalo Bills invade SoFi Stadium to tango with the defending Super Bowl champion Los Angeles Rams. No better time than now to go back and take a look at how the AFC East title odds shake out! BetRivers Sportsbook already had Josh Allen and Co. installed decided favorites to win the division a third straight time, but those odds have gotten even chalkier since reporting back in early May.

Though the division looks pretty cut and dry on paper, anything can happen. Let’s dig into the offerings and see if there’s anything worthy of investing in before the regular season begins. Spoiler alert – there isn’t!

The Bills enter Thursday night’s road tilt the odds-on +600 favorites to win Super Bowl LVII as well as +325 favs to represent the AFC in the big game. Josh Allen is also the running 7-1 favorite to take home his first MVP Award. Though the Buffalo Bills face what’s expected to be a middle-of-the-road schedule strength (No. 18), it’s hard not to like what the team brings back to the fold even though some key personnel and coaches have since moved on.

That being said, there’s absolutely no reason to jump on the bandwagon right now. Sorry to say, but that ship has sailed! It makes more sense to target them winning the division once the first month is in the books. Back-to-back road games at Miami and Baltimore could allow for a slight discount, so stay tuned!

Playing second fiddle to the Bills is a Miami Dolphins team that completely revamped its offensive roster by making a big splash to bring in Tyreek Hill from KC and Chase Edmonds from Arizona.

It’s also got an entirely new coaching staff headlined by none other than Mike McDaniel whom I believe NFL bettors will become smitten with sooner rather than later.

Of the Kyle Shanahan tree, expect the Fins to bring an entirely different offensive mindset to the field right from the outset. But will the defense have enough in the tank to become a division contender? Linemakers aren’t buying it with their odds of winning the AFC East for the first since 2008 clocking in at a semi-attractive +475.

They must snap a seven-game losing streak to the Bills to have any shot, which means that Week 3 standoff in front of the hometown faithful will be huge!

The only reason the former division dominators are getting any kind of love right now is because of Bill Belichick. For the life of me, I have no idea why or how they’re offering up the same rate of return as Miami to win this division. I wouldn’t scoff if the number was closer to 10-1 than 5-1. The New England Patriots did very little in the offseason to improve the roster.

With so many new faces on it, I expect it to take some time for the team to fall into a rhythm. That doesn’t bode well for them at the outset with games slated to go against @Miami, @Pittsburgh, Baltimore, and @Green Bay over the first four weeks. Best to hold off for now, and I’ll eat a huge helping of crow if they solve the riddle that’s been Hard Rock Stadium in the season opener.

I was bullish on the J-E-T-S Jets! Jets! Jets! back in May, when Zach Wilson was healthy and Mekhi Becton was still expected to protect his blindside for an offensive line, I felt would be greatly improved this season.

As of now, it’s still unknown if Wilson will even be able to suit up for Week 1’s home clash against the Baltimore Ravens, and Becton is once again lost for the season. As fantastic a draft this franchise churned out, it’s going to take time for the new faces to get used to the speed of the NFL.

As such, I fully expect their odds to win the AFC East at BetRivers to only get fatter right from the outset. I want to be wrong. I’d love to be wrong, as big a fan of Robert Saleh I am.

Fortunately, this author never bets with his heart - it only proves costly!