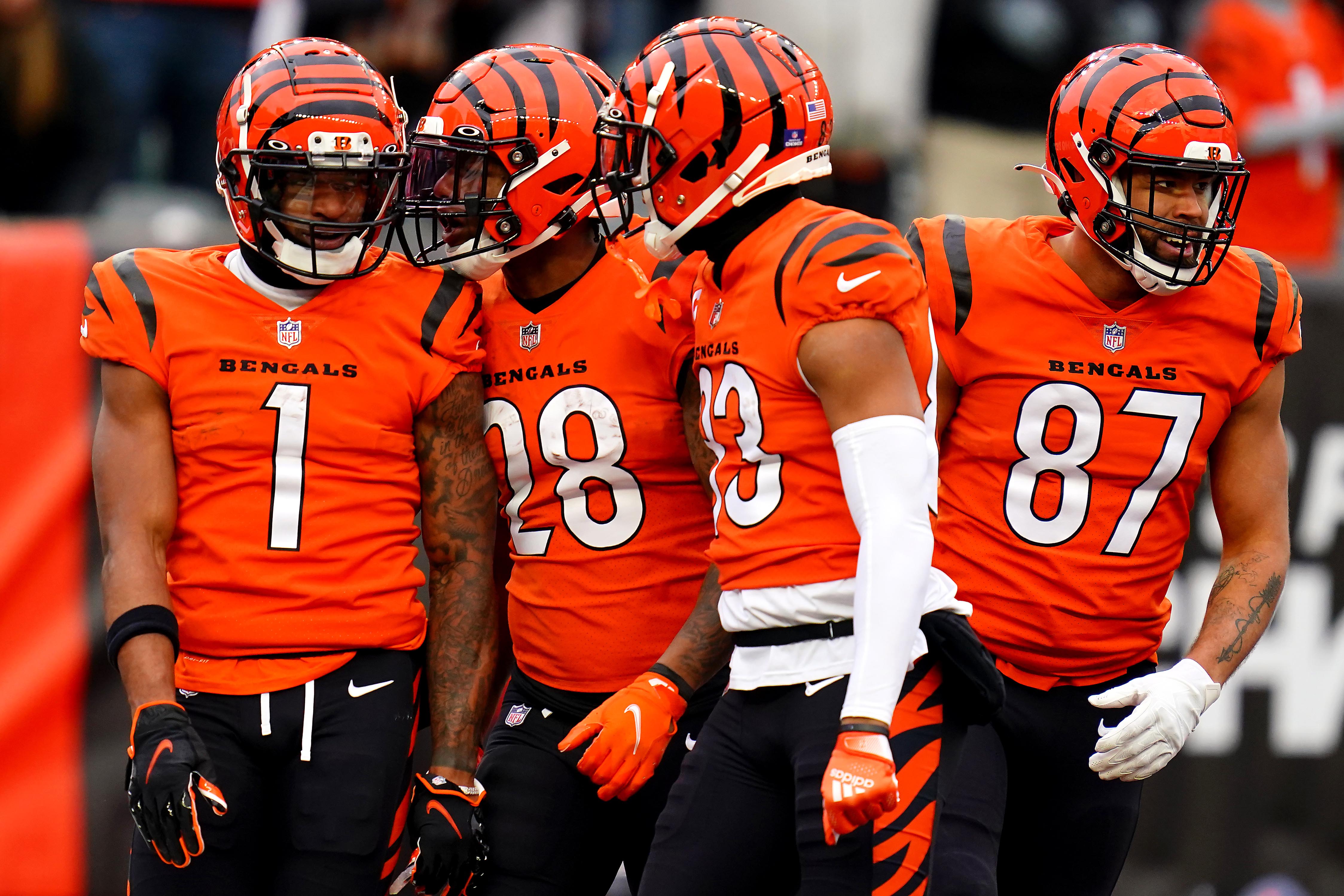 It’s Week 18 of the NFL regular season with teams vying for playoff positioning in their season finales.

Four teams still have a chance to land the first-round bye in the AFC. Tennessee currently holds the top spot, sitting at 11-5, but Kansas City, Cincinnati, and New England are all within striking range. The Titans can lock up that No. 1 seed with a win over the Texans.

The NFC race isn’t quite as interesting. Green Bay has locked up the top seed while six of the seven postseason spots are spoken for. The Cardinals and Rams have homefield advantage on the line as the NFC West division is still up for grabs, but both are safely in the playoffs.

In the wildcard, the Saints, Steelers, Ravens, and Raiders are on the outside looking in. A huge Sunday night matchup sees Las Vegas square off against the Chargers with the winner booking their ticket to the postseason. Pittsburgh and Baltimore match up Sunday, too, as both hope to keep their slim playoff hopes alive. Each will need some help to overtake Indianapolis and Los Angeles, who currently own the No. 6 and No. 7 seeds.

New Orleans is hoping for a 49ers loss to slip into the final NFC spot. They’ll also have to take down Atlanta to make that happen.

It’s setting up to be a fun weekend of football, but there are a few games that could make it even more joyful for NFL bettors. Let’s look at this week’s NFL best bets ahead of the postseason.

The Bengals still have something to play for as there’s still an outside shot at the No. 1 seed. They have already locked up the AFC North title, meaning they’ll get home field advantage in the opening round, but the top seed would land them home field throughout the playoffs.

The same cannot be said for Cleveland.

The Browns have dropped three straight games and will be without quarterback Baker Mayfield for the season finale. They’ll have little motivation to take down their division rivals, even playing in front of the home crowd.

If Joe Burrow and the rest of the starters play, this one could cash in rather easily. It might get dicey if the Bengals rest up for the postseason, but there’s still a good shot that they can take down a Cleveland unit that will be without their starting signal caller.

Los Angeles is fighting for home field advantage in the opening round of the playoffs. Division rival San Francisco can lock up a wildcard bid with a victory. It should make for an interesting matchup between two potentially potent offenses.

Let’s start with the Rams.

Los Angeles is on a five-game winning streak in which they’ve averaged 27.4 points per game. While the over is just 2-3 in the Rams’ last five games, the total in three of those matchups hit the 44-point mark. With the division title on the line, expect the Los Angeles starters to stay on the field.

As for the 49ers, there is some uncertainty at quarterback, but not enough to scare off over bettors. Head Coach Kyle Shanahan said that he’d start a healthy Jimmy Garoppolo over rookie Trey Lance, but both are capable.

In the seven games prior to Garoppolo’s recent injury, the 49ers averaged 27.4 points a contest with four 30-point outputs. One of those outputs came in a 31-10 win over this Rams team in Week 10. If Garoppolo is able to go, the offense should continue to roll.

If not, Lance has shown that he’s capable of leading the unit. San Francisco took down Houston 23-7 last weekend with the rookie signal caller throwing for 249 yards and a pair of scores. The Rams defense would provide a tougher test, but this game should hit the over if the 49ers can get around the 20-point mark.

This game has the potential to be an absolute snoozer. Green Bay has already locked up the No. 1 overall seed, meaning they have nothing to play for. MVP favorite Aaron Rodgers will be on the sidelines, as will the majority of the Packers’ key contributors.

The Lions, meanwhile, have been one of the league’s worst teams, limping in with a 2-13-1 overall record. Detroit has managed to top 20 points in just four of their 16 matchups this year and they rank near the bottom of the NFL in most offensive categories.

The only thing the Lions are fighting for is the title of second-worst NFL team, an honor that will be decided between them and the Jaguars.

With all of that being said, look for a low scoring contest that hits under the 43.5-point mark.