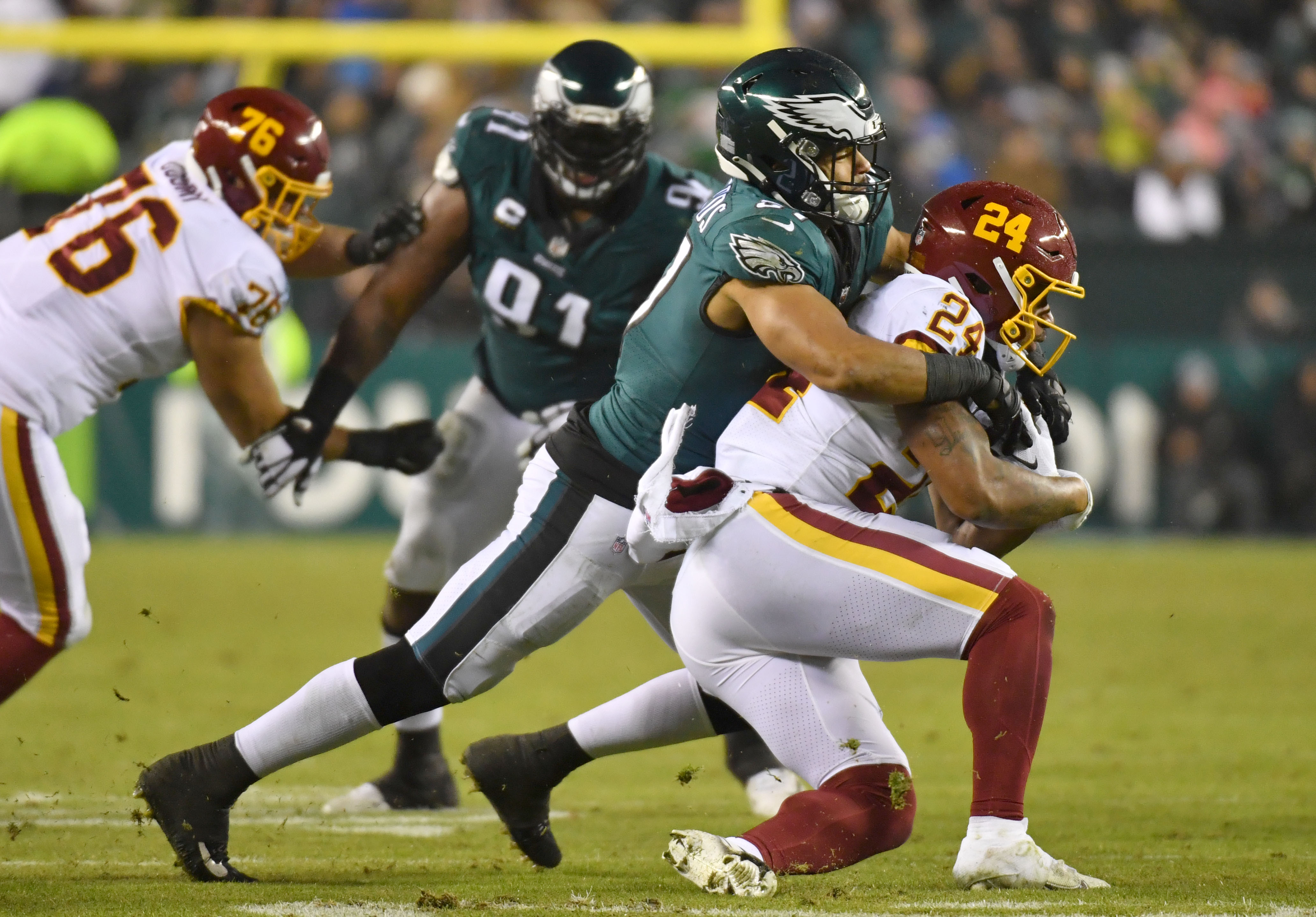 The NFL season is nearly finished as January creeps closer. This final week of the calendar year presents us with some huge divisional matchups as teams continue to battle for postseason positioning. As it stands, Green Bay leads the league with their 12-3 record, but a trio of 11-win teams are still vying for that top spot.

The wildcard race is also heating up. In the AFC, four teams sit within a half-game of the final playoff spot. Miami currently holds the rights to that No. 7 seed, but Pittsburgh, Los Angeles, Baltimore, and Las Vegas aren’t far behind. The NFC is just as tight with three teams sitting a game behind the Eagles for the final playoff bid.

Week 17 offers a delightful spread of interesting matchups that will have major impacts in the postseason race. Let’s take a look at the best bets on this week’s slate before placing your NFL wagers.

On Sunday, the Washington Football Team will face division rival Philadelphia for the second time in three weeks. That last meeting ended with a 27-17 Eagles win, which helped Philly jump into sole possession of the final wildcard bid.

We expect this one to stay relatively low scoring, too.

This week’s total is set at 46.5 points according to SugarHouse online sportsbook. When taking a look at these two offenses, it’s hard to see the total eclipsing that mark. Philadelphia can score, as they’ve notched 30 points or more in four of their last six matchups. They did, however, struggle against this same Washington defense a couple of games ago, turning the ball over twice. You can bet that that defense is looking to redeem itself after allowing 56 points to the Cowboys last weekend.

On the flip side, Washington has been stagnant on offense. They’ve scored 20 points or less in five straight games. The Eagles held Washington to just 237 yards on offense last time out and will look to do the same in week 17.

When looking at recent history, this game has fallen below 45 points in three consecutive meetings. On top of that, there appears to be rain in the forecast in the DC area this weekend. Look for this one to stay lower than the experts think.

Pittsburgh hosts division rival Cleveland on Sunday as both teams look to better their playoff standing. As of now, each is on the outside looking in. The Steelers sit at 7-7-1 while the Browns are 7-8. A win could have a major impact on the postseason race.

We’ve continued to back the Steelers as underdogs, where they’ve posted a 5-4 record against the spread this season. That number is a dropped touchdown vs. Minnesota away from being 6-3. Cleveland, on the other hand, has struggled as a favorite with a 2-5 mark against the NFL betting lines. That includes a 15-10 loss to these same Steelers earlier in the season, where they entered as five-point favorites.

And this time, the Browns have to travel to Pittsburgh, a place in which they’ve lost their last 17 regular season contests. The Steelers have a better shot at making a playoff run as they sit just a half-game out of the final wildcard spot. Picking up a win this weekend keeps hope alive.

The Panthers are fading fast, having lost five of their last six games. They are just 2-10 since jumping out to a 3-0 start while the Saints remain in playoff contention.

So why back Carolina?

There are a few reasons. One is the fact that the Panthers can all but eliminate New Orleans from the postseason with a win. You can bet they’ll bring their A-game against a hated division rival.

Secondly, the Saints have major issues at quarterback, and they’ve been struggling, too. New Orleans has lost six of eight and have seen three different signal callers take snaps under center over that time.

Thirdly, the Panthers knocked off this Saints team 26-7 earlier in the year. They did have Christian McCaffrey for that matchup but the Saints were a healthy team, then, too.

History is on Carolina’s side, as well. In its last 10 trips to the Big Easy, the Panthers are 4-6 with four of those losses coming by less than a touchdown. Essentially, they would’ve covered this massive spread eight of the last 10 tries.

New Orleans may come out with a win, but we don’t trust them enough to cover more than a touchdown. Back the Panthers.