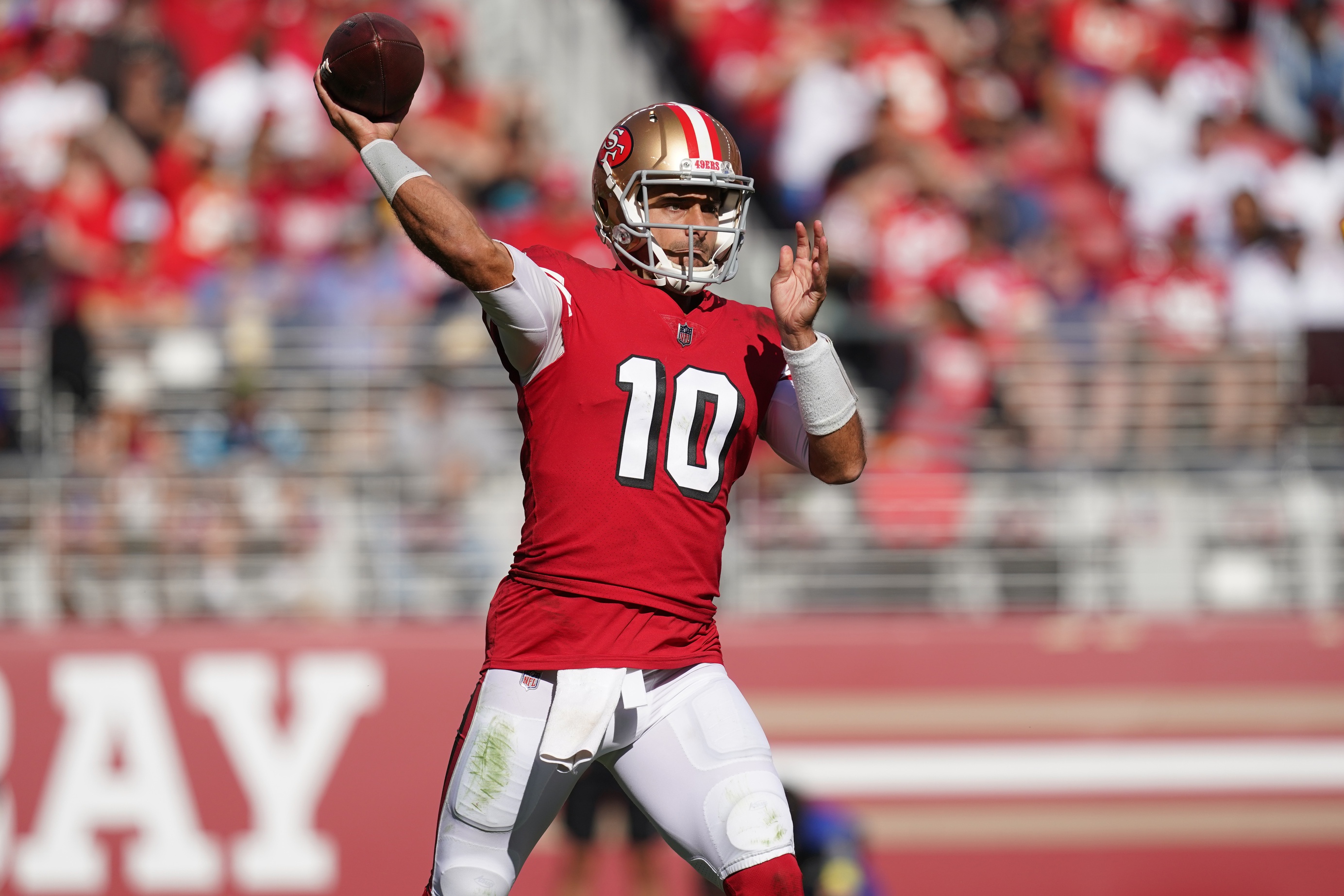 The NFC West has been uber-competitive through the first seven weeks of the NFL betting season with all four teams entering Week 8 with at least three wins to their credit. The biggest surprise however has been the Seattle Seahawks who currently sit atop the heap even though it came into the regular season owners of the longest odds to take home bragging rights. While Pete Carroll and the front office have done a fantastic job transforming the team into a winner, I’m not sold it holds up. The San Francisco 49ers still remain my selection to win it all regardless of getting their salad tossed at home by the Chiefs last week.

I said it looked to be a safe bet that three teams wouldn’t qualify for the playoffs for the second straight year the last time I reported on this division. I’m not as sold on that frame of mind anymore! Let’s put the futures odds over at PointsBet Sportsbook under the microscope and see if we can’t add some winning wagers to the portfolio.

Regardless of getting destroyed 44-23 by Kansas City last week, the Niners are still the cream of this division’s crop in my opinion. Adding RUN CMC to the backfield only makes this team even more formidable by giving it a weapon no other team in the league has at its disposal. If McCaffrey can remain healthy and help push this team towards a playoff bid, it’s going to be incredibly tough to overcome when it matters most. San Francisco was my preseason selection to win this division at the outset of the season. They’re also my choice to represent the NFC in the big game.

Hit the +130 offering to win the division if you don’t already own stock or just add to the investment and also look to back the Niners to win the NFC (+750) and Super Bowl LVII (+1700). The loss to the Chiefs has opened a window for a buying opportunity that must be taken advantage of immediately. Should it sweep the season rivalry from the Rams on Sunday, you won’t have an opportunity to take back a plus-money return for the remainder of the season – BUY NOW!!

So what will the Rams have in store for us against the 49ers coming out of the bye? The first-go round saw them get dominated en route to dropping a 24-9 decision as short 1-point road underdogs. Now they’re catching 1.5-points back home in the rematch. What gives? Nothing’s changed for Los Angeles. They still likely won’t be able to run the football just like they failed to do in the first meeting that saw them go for 57 yards on 18 carries (3.2 YPC). The offensive line is still likely to give up a ton of pressure to San Fran’s formidable defensive front who threw Matthew Stafford to the turf an absurd seven times in the first go round. And now, the defense also has to deal with arguably the most dynamic running back in the game.

I’m making it a point to break Sunday’s tilt down because the Rams can kiss their chances of winning this division goodbye should they get swept. Should it lose, a gauntlet of @Buccaneers, Cardinals, @Saints, and @Chiefs is next up on the docket. Betting “No” at +110 to make the playoffs now might be the last time we get a plus-money return for doing so!

What a story the Seahawks have been! Geno Smith is currently offering up the second shortest odds to win the Comeback Player of the Year Award, while Kenneth Walker III has catapulted himself into becoming the favorite to land the Offensive Rookie of the year Award after bursting onto the scene over the last two weeks. Seattle is simply just a fun team to watch right now, and it’s entirely possible the good times have only just begun.

As great a season it’s been in the Emerald City, I still can’t envision this team challenging San Francisco for bragging rights as bad the up and coming defense looks statistically across the board. It ranks No. 29 in total defense and No. 28 in scoring defense. Sorry, but you don’t win titles allowing opponents to rack up nearly 400 yards and 27 points per game. While the unit has shown improvement in recent weeks, it hasn’t been nearly enough for me to believe this squad ultimately has staying power when it matters most come the end of December – SELL!

Kliff Kingsbury remains the odds-on favorite to be the next coach fired even though the Cardinals just put an end to a two-game losing streak by taking their frustrations out upon the New Orleans Saints. While the team’s 3-4 SU record has it firmly in the mix to compete for the division title, it more than likely isn’t going to happen. The Redbirds owned the toughest schedule strength within the division per the folks at Sharp Football Analysis, and it’s about to enter its toughest stretch of the season with games set to go against @Minnesota, Seattle, @Rams, San Francisco, and Chargers.

Even with DeAndre Hopkins back in the mix and the addition of Robbie Anderson likely to ease the pain of losing Marquise Brown for a good chunk of time, I’m just not buying into what the Cardinals are trying to sell. Even after logging a win last time out and the Niners going down in defeat, “No” to qualify for the playoffs moved from -350 to -450. That tells me all I need to know about this team having a say in how the NFC West plays out.