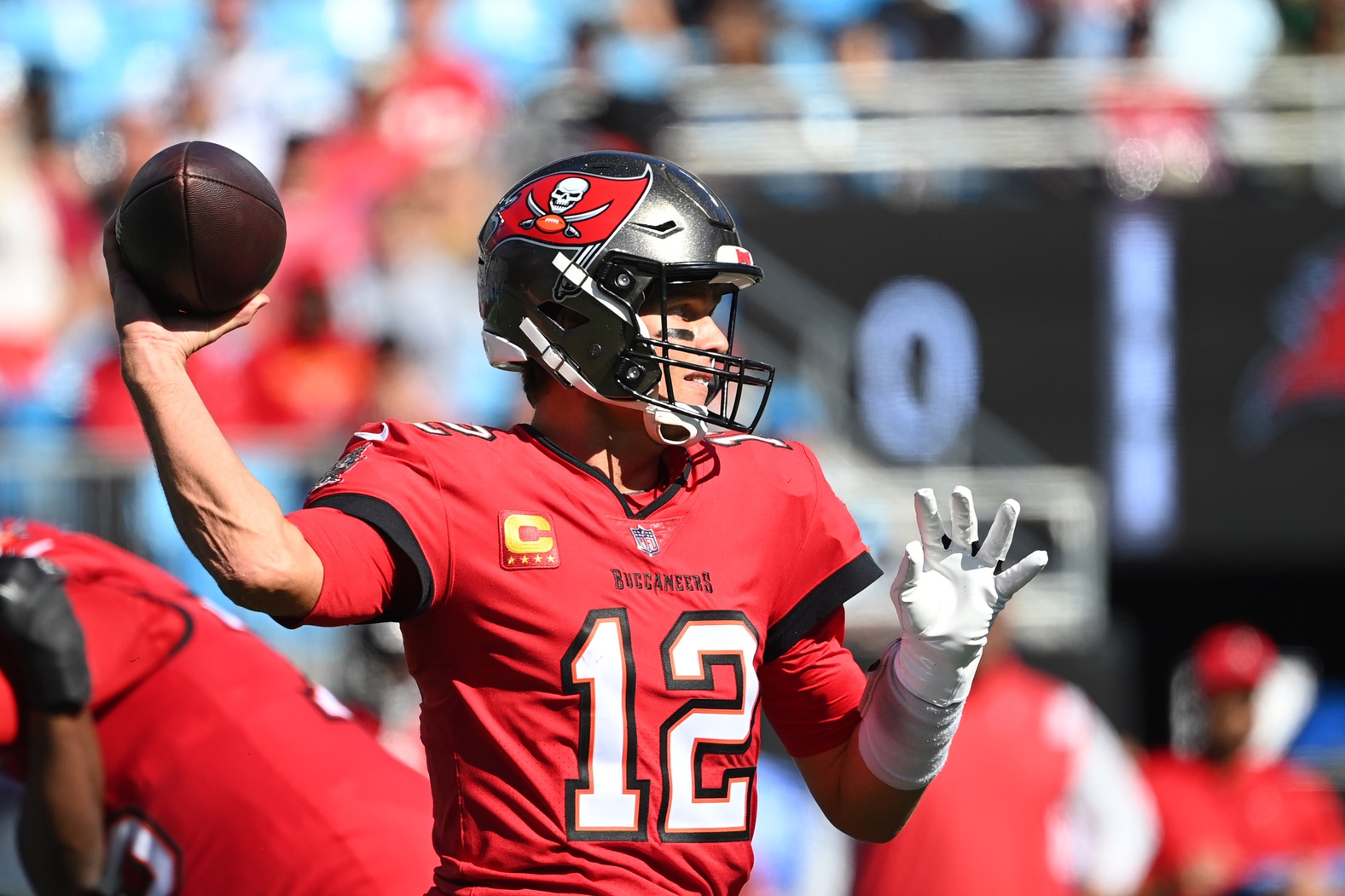 So how many more chances are NFL futures bettors going to give the Tampa Bay Buccaneers before seriously starting to look at other options to win the NFC South title? We’re now seven weeks into the regular season and the reigning division champs own a 3-4 SU record that’s only resulted in a pair of covers against the closing NFL odds at BetRivers Sportsbook. Even so, linemakers still have Tom Brady and Co. lined as the odds-on favorites to take home bragging rights a second straight season. Is it time to back some of the long shots? Let’s break down the current offerings and see if anything screams out at us enough to make an investment.

Last I broke this division down, I had no inclination of thinking any other team could win it. Now, I’m not entirely sure. The Buccaneers have since put forth a pair of stinkers losing outright to the Pittsburgh Steelers as 10-point road favorites and following it up with an even more embarrassing 21-3 loss to a Carolina Panthers team that just traded away Christian McCaffrey and fired its coach the week prior. Now it gets a crucial matchup back home against a Baltimore Ravens team the betting market turned into a short favorite after initially hitting the board as 3-point underdogs.

Are we to truly believe a Tom Brady-led offense is going to continue struggling like it has to this point of the season? The unit hasn’t outscored any of its three division rivals, while the defense has taken steps backwards since getting out to a hot start. All that said, I still don’t see any of Atlanta, Carolina, or New Orleans ultimately challenging them for bragging rights. There is going to come a time that the switch flips and the injury bug leaves the roster alone. Once that happens, it’ll be all systems go! Tampa Bay is currently the cheapest it’s been all season to win this division. Being a bargain basement shopper, that’s an opportunity I can’t and won’t let slip through the cracks!

The Falcons are allergic to throwing the football. That’s something that just doesn’t fly in this day and age of the NFL. Only the Chicago Bears have averaged fewer than the 21.4 passing attempts the Falcons have averaged per game this season. Even last week against Cincinnati in a game it trailed 21-0 early in the second quarter, Marcus Mariota only went on to throw the ball 13 times and ran the ball 29 times. It just makes no sense. Especially with playmakers like Kyle Pitts and Drake London in the huddle.

If Arthur Smith seriously thinks he can just run the ball 58 percent of the time and take home the division crown, he’s got another thing coming. At some point, Atlanta is going to need to throw the ball with regularity. While the “MO” has seen it log three wins and six point spread covers through the first seven weeks, it’s not going to hold up.

I think it’s a joke that it’s odds of winning the South have plummeted from 35-1 to +350! That doesn’t mean we still can’t make some money betting Atlanta futures. I truly believe there’s still at least five more wins on the docket with games still to go against Carolina (twice), Chicago, @Washington, Pittsburgh, @New Orleans, and Arizona. As such, I’m hitting the over of their adjusted in-season 7.5-game wins total and laying the -121 chalk. This team’s got moxie!

I seriously have no clue what to make of the Saints entering Week 8. The defense has been a major disappointment which comes as quite the surprise with Dennis Allen taking over head coaching duties after calling the shots for the stop unit under Sean Payton. Never once did I expect the offense to be the dominant unit entering the regular season. Be that as it may, the Saints have been able to dent the scoreboard regardless of whether it’s been Jameis Winston or Andy Dalton calling the shots.

Until the defense shows me it can stop anyone from doing the same to them, I have no inclination of backing them in the futures market to win the division title.

Wouldn’t it be something if the Panthers fired their coach, traded their best player and still went on to win the division? Yeah, not gonna happen! The team likely just came up with its biggest win of the season after shocking the Buccaneers 21-3 as 13-point home dogs. While the defense looks serviceable and there are some nice pieces on the other side of the ball, I don’t see many more wins on the horizon for this likely cellar dweller.

But are there four? I felt there was enough talent on this roster to go over their 6-game season wins total at the season’s outset, so of course I’m interested in the readjusted 5.5-game win total that has +149 juice attached to the over. I’m gonna take the plunge and throw a beer money investment on it with the hope that I can make a few bucks and still cash my initial investment in.