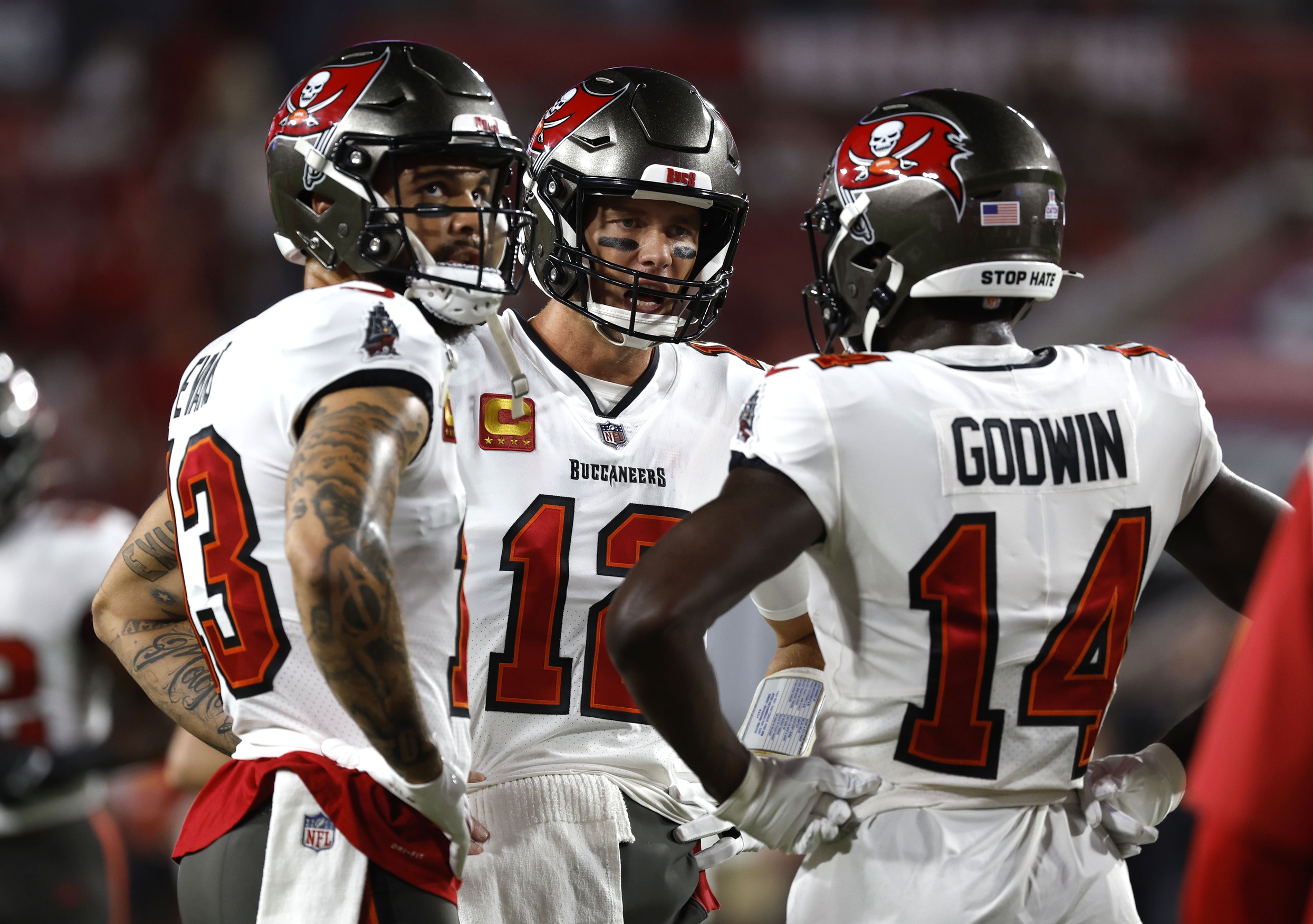 The Tampa Bay Buccaneers initially hit the board as decided -250 favorites to win the NFC South title. Five weeks into the NFL betting season, the story remains the same with BetRivers Sportsbook having Tom Brady and Co. lined the chalkiest of favorites to win their respective division. But it’s not like the Bucs have hit the ground running. Actually, it’s been quite the opposite with the team 3-2 SU and a poor 2-3 ATS. Two of its wins were tallied against divisional opposition with the third coming the opening week against Dallas in a game Dak Prescott was forced out of early. While the overall body of work has been the least impressive of all current NFC division leaders, the best is yet to come. Tampa Bay is without a doubt the cream of what looks to be a very down division.

As such, it’s tough to get excited about backing any other team to challenge them for league bragging rights. Let’s break down the current offerings and see if anything piques our interest.

From -250 all the way to -625 and a pair of losses already under the belt, it’s already time to determine whether or not Tampa Bay has the weaponry to make a serious Super Bowl run instead of winning this division. None of the other members look to have what it takes to end the franchise’s current reign. I expected the Bucs to struggle this year with the roster breaking down and not much in the way of reinforcements brought in to shore up the deficiencies. On top of that, injuries loomed large heading into the regular season.

While my investment on the under of their 11.5-game season wins total looks really good right now, I got the feeling a number of wins will be stockpiled in the middle portion of the schedule. Back-to-back road trips to Pittsburgh and Carolina should only add to the win column. Then it’s two straight home games against Baltimore and the Rams before traveling to Germany to oppose the Seattle Seahawks. The team will then get to lick its wounds on the Week 10 bye to get mentally and physically prepared for the stretch run that finds Tampa on the road for four of its final seven games.

With injuries decimating the offensive line early on, the Bucs have all but scrapped the run in favor of airing it out at the second highest clip in the league (66.8%). It’s amounted to the No. 3 ranked passing attack that’s yet to be fully healthy or fire on all cylinders. If and when the injury bug decides to give the Bucs a break and the walking wounded gets back in a rhythm, this could be a very scary offensive attack. That’s a big if! Even if it doesn’t, the weaponry currently at hand paired with a stellar defense spearheaded by Devin White should see this team waltz to a second straight league title.

The Saints have been one of the tougher teams to read through the first five weeks, but much of that has to do with the offensive side of the ball suffering from a myriad of injuries. Sunday’s crazy back-and-forth affair with Seattle that resulted in a win gave NFL bettors a glimpse of how explosive this team could actually be. That being said, the Seahawks possess one of the absolute worst defenses of all 32 teams. It’s been all or nothing for New Orleans to this point with its two wins seeing it average 33 points per game and the three defeats 17.3. Jameis Winston is not healthy. That’s forced backup Andy Dalton into a semi-starting role. Sorry, but the Saints aren’t winning a thing with the “Red Rifle” leading the charge.

The defense figured to be a strength at the season’s outset, but it’s proven to be anything but thus far in allowing 26+ points per game while getting gashed on the ground (No. 24). The Saints readjusted season wins total currently checks in at 7.5. It entered the regular season at 8.5. Sorry, but N’awlens isn’t winning this division even if it wins eight or nine games. There are more questions than answers and much of that has to do with long time coach Sean Payton no longer roaming the sidelines.

The Falcons enter Week 6 with a pair of wins under the belt and an unblemished record against the closing NFL odds. The Dirty Birds have seemingly come from out of nowhere to be a fan favorite in 2022-23, but it remains to be seen how much sustained success this team can have with a one-dimensional offense that’s backed up by a sieve-like stop unit. Marcus Mariota has been a pleasant surprise for his fantasy and player prop supporters, but one can only expect the move to Desmond Ridder being made sooner rather than later. After coming back to put a scare in the Bucs this past Sunday, linemakers have been remiss to fatten their NFC South title odds back to where they initially hit the board at. That’s respect right there for a sub .500 team that’s caught points in all five played games.

I grossly underestimated this team in the preseason by recommending NFL bettors take an under position in regards to the team’s wins total. Its readjusted win total is currently 6.5 with heavier juice attached to the over. But with Cordarrelle Patterson out for at least the next three weeks and Kyle Pitts nicked up it’s possible things start to spiral shortly with three of the next four games set to go against teams currently favored to qualify for the playoffs. While I respect the job Arthur Smith’s done to this point, Hotlanta isn’t competing for division bragging rights!

Matt Rhule was just handed his pink slip and now there’s rumors about the Panthers looking to trade Christian McCaffrey. There have also been rumors of moving D.J. Moore as well. The tankathon is on in a big way in Carolina with P.J. Walker set to step in for the injured Baker Mayfield for the foreseeable future. It all makes perfect sense. This franchise has been going nowhere for quite some time, so the present seems to be the perfect time to blow it all up and start from scratch. Why this team isn’t offering up 100-1 is beyond me – it has no shot!