NFC South Futures Odds - Bragging Rights there for the Taking 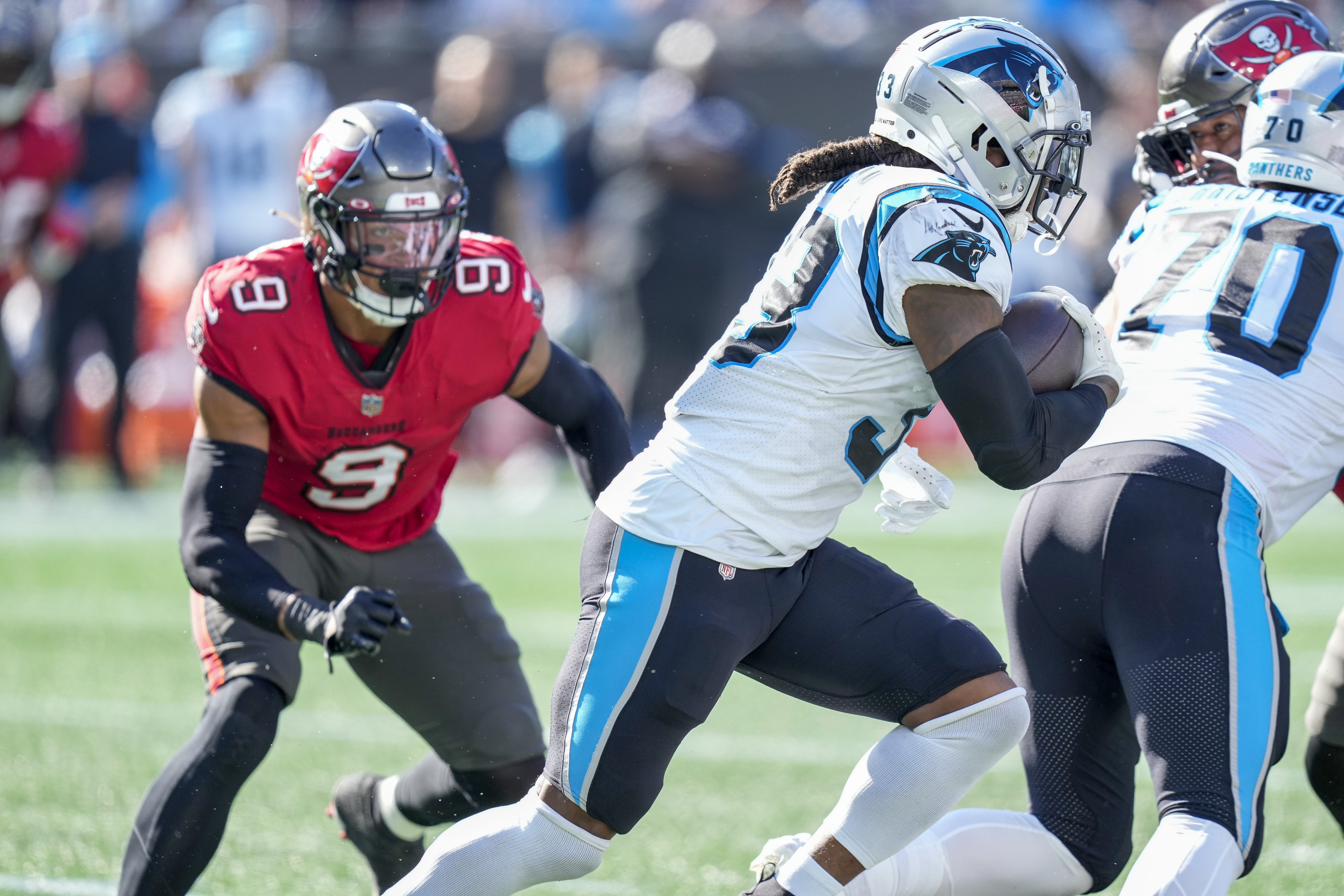 It’s hilarious to me that BetRivers Sportsbook still has futures odds on the board for all four teams to win the NFC South entering the 16th week of the regular season. It just goes to show how massive a train wreck the Tampa Bay Buccaneers have been considering they were the decided favorites to take home bragging rights before Week 1 kicked off. The New Orleans Saints clocked in right behind them, but they’re now the biggest underdog to pull off the feat. There isn’t a single team in this division that owns a positive point differential and that’s just sad! Regardless, someone will win this division and land themselves a playoff berth in the process. We might as well continue betting into this dumpster fire of a division and see if we can’t find a way to churn out a profit!

When I last reported on the Bucs a few weeks back, they were installed decided -715 chalk to win the South for the second straight season. After dropping back-to-back decisions to the 49ers and Bengals, their odds to do so are back to what they were back in Week 2 (-305). With only three weeks remaining on the regular season docket, BetRivers and every other book across the US has taken odds to make and miss the playoffs off the board for this entire division.

Do you feel like ponying up over $700 to see Tom Brady in the playoffs possibly one last time? I sure as heck don’t! I’m completely sold the switch just isn’t going to flip for this team. Even when it looks liked it did, it finds a way to muck it all up as evidenced by the Bucs pissing away a 17-3 halftime lead against Cincinnati this past weekend. I’ve had enough of this team and wouldn’t be the least bit disappointed to not see them again once the final three weeks are in the books. All that being said, Tampa is likely going to be the last team standing in this division when it’s all said and done; unfortunately.

I had the Panthers pegged as the only road block that could get in the way of the underachieving Buccaneers from taking home division bragging rights a few weeks back. Though it just dropped a disheartening 24-16 decision to the Mitch Trubisky led Pittsburgh Steelers last time out, the betting odds continue to hold that same frame of mind. Even so, I’m still not 100 percent sold. While Sam Darnold has done an excellent job of limiting mistakes and playing an efficient brand of ball by completing 59 percent of his passes for 509 yards and 3 TD, he hasn’t done much to move the needle.

The offense has been just as dormant as it was with P.J. Walker and Baker Mayfield leading the charge. The defense has also been way to schizophrenic for my tastes. The death knell is likely to arrive this weekend when the surging Detroit Lions pay them a visit. Then it’s a visit to Tampa Bay in a likely win or go home match. I expect them to go home. Hopefully I’m dead wrong and Steve Wilks wills this team to two more wins so I can cash a ticket on the over of their 6-game season wins total.

Even with Desmond Ridder thrust into the QB1 slot, the Falcons continued their “MO” of losing closely contested matchups by dropping a 21-18 decision in the rematch with the Saints. The hard fought effort resulted in a third straight one possession loss which makes it seven in total for the 2022-23 NFL betting season. While that bodes terribly for the here and now with it a 22-1 underdog to punch a ticket to the postseason, it’s a sign of good things ahead.

There is some talent on this roster. Those nice pieces will be showcasing themselves over the next three weeks with games set to go @Baltimore, Arizona, and Tampa Bay. Unfortunately, my preseason investment on under 5-wins looks cooked due to that home date with the Cardinals, but we’re looking good on the under 6.5 stab we took back in Week 14 before running up against New Orleans.

The Saints check in 4-4 SU at home and 1-5 SU on the road. Two of their final three games will take place away from the Caesars Superdome. While I have no shot of cashing in my ticket on over 8.5 wins placed at the beginning of the season, I think we’re good with under 6.5 of their adjusted in-season wins total snagged before coughing up what looked to be a surefire win against Tampa Bay.

It would take a miracle of epic proportions for Andy Dalton to lead this team to the second season. I don’t foresee it happening, and I’m curious to see what upper management does with the coaching staff as unprepared and bland the team has been under Dennis Allen’s watch. After coming up with 25 takeaways a season ago, New Orleans has only forced a league-worst 10 this season. I get that injuries have played a role, but that’s an absurd amount of negative regression and Allen is supposed to be a defensive minded coach!