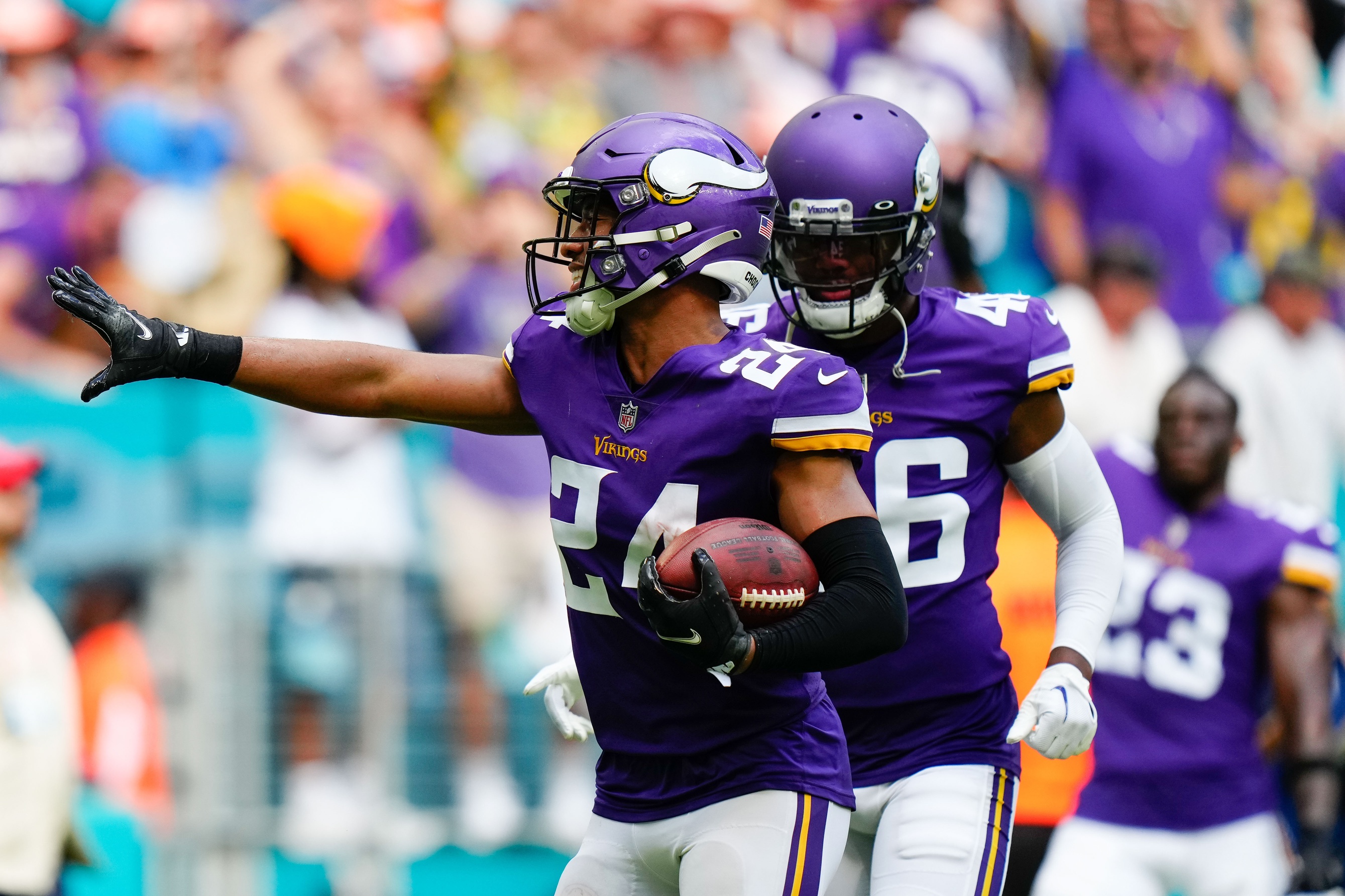 The Minnesota Vikings had themselves one heck of a bye week sitting back and watching their lead atop the NFC North standings grow with the Green Bay Packers spitting the bit in the nation’s capital. While the Bears came up with a huge win in New England – the franchise’s first ever in Foxboro – Chicago’s rebuild is still likely a year or two away from competing for division bragging rights. At 1-5 SU, the Detroit Lions aren’t it. This is the Vikings division to lose as the NFL betting season enters Week 8. Let’s put the futures odds under the microscope and see if there are any other buying opportunities to add to the portfolio over at PointsBet Sportsbook.

The time is now for the Minnesota Vikings to establish themselves as not only the team to beat in the division, but a team to take seriously as bona fide Super Bowl LVII contenders. Kevin O’Connell’s squad will have an opportunity to increase its lead over the next two weeks with games set to go against Arizona and @Washington. Should Kirk Cousins and Co. have two more wins under the belt heading into that Week 10 litmus test against the Bills on the road, NFL bettors will have no choice but to start taking this team seriously.

As such, you might want to think about adding some SB LVII Vikings futures to your portfolio now just in case it finds a way to go into Buffalo and score the upset win. Justin Jefferson and his mates are currently paying +650 to win the NFC and 16-1 to win it all. I personally have no inclination of laying -600 for them to win the North, and would only suggest doing so should you have money burning a hole in your pocket. I warned of their odds getting extremely chalky a few weeks back and they’ve gotten exactly that.

I’d still have a hard time investing in the Green Bay Packers even if the rate of return was 10-1 the way they’ve looked to this point of the season. Aaron Rodgers looks so disconnected right now that the team looks dead in the water. He sorely misses Davante Adams with him yet to build a rapport with any of his new pass catchers. Allen Lazard can’t stay healthy. Romeo Doubs disappears. It’s basically been the Aaron Jones show on the offensive side of the ball, and that won’t hold up over the course of a 17-game schedule.

Most disappointing however has been an underachieving defense that figured to be the strength of the team at the season’s outset. It was supposed to bide time for the retooled offense to gel with one another. It’s done anything but in allowing 21 points per game while allowing opposing running games to ram the ball down their collective throat serving up just under 140 yards per game (No. 27). On top of that, it’s only accrued five takeaways (No. 30).

And look at the schedule over the next six weeks! Instead of investing in this team winning the division, we should seriously start looking at betting against them making the playoffs and also hit the under of their readjusted season wins total. The “No” currently pays out at -167, but the under 8.5 at -121 looks more feasible. Do you see six more wins on the schedule? I sure as heck don’t!

Even after going into Foxboro and skunking the Patriots, I still have no hope for the Bears winning the division or competing for a playoff bid. What I’m most concerned with is the growth of the team, improving what had been a dire salary cap situation due to the prior regime’s malfeasance, and the coaching staff implementing its new philosophies on both sides of the ball. Believe it or not, but we can check all three boxes already and it’s only Week 8!

Ryan Poles has done a masterful job putting the Bears in a position to spend some money next season. Justin Fields is finally navigating an offense catered to his excelled skills. Matt Eberflus didn’t get the fanfare of other coaching hires across the league, but he’s instilled his identity into the team in short order. The Bears are vastly improved, but their in-season wins total still only clocks in at 6.5 with heavy -177 juice on the under. I personally already have an under ticket in hand, and I got a better price before the season kicked off. That tells me all I need to know.

It’s been brutal watching the Lions get destroyed by the injury bug once again. I had high hopes for Dan Campbell’s troops at the outset of the season, but it just doesn’t look to be in the cards. I knew going in that the defense was going to be the Achilles heel, but still figured the potent offense would find a way to lead it to a number of wins. It’s not going to happen. D’Andre Swift hasn’t suited up for a month and doesn’t look to be returning to the fold anytime soon. Amon-Ra St. Brown can’t stay healthy either. It’s a shame, but Detroit won’t be a player in this year’s divisional title race.

However, the team’s adjusted in-season 5.5-game wins total is a joke that needs to be taken advantage of immediately! Six of its final 11 games come against teams currently sporting sub .500 records. I already have an over ticket on their initial 6.5 game wins total, and I’m hitting the over once again in hopes of getting that money back!