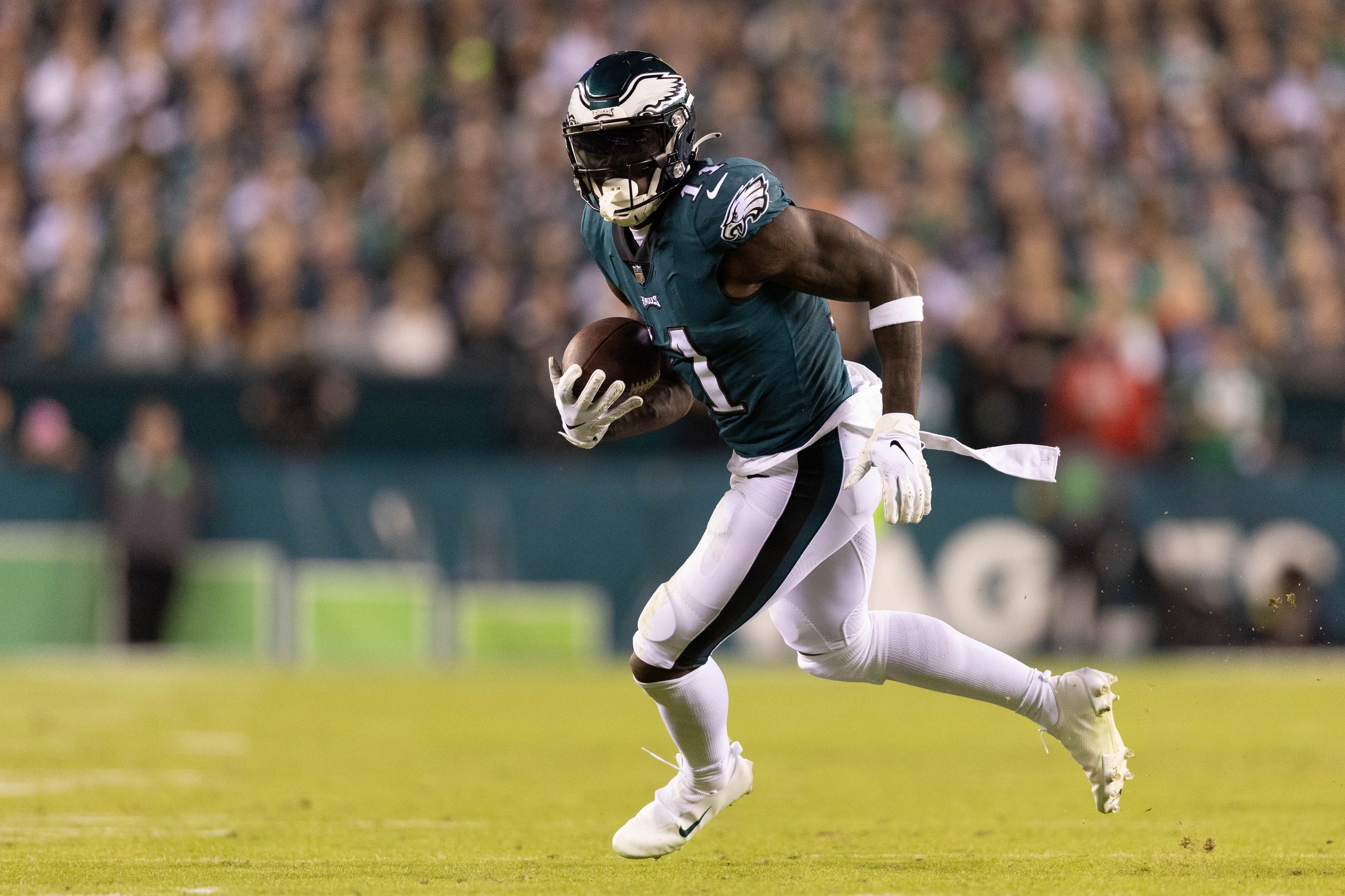 I’m still holding onto my preseason Eagles and Giants tickets to win the NFC East with utmost confidence. Philly remains the decided favorite to win this division, while the GMEN have seen their odds to do so get shorter following that Week 3 loss to the Cowboys. Let’s dig into the numbers at BetRivers Sportsbook and see if there’s any value offered up that should be taken advantage of right now.

The Eagles saw their odds of winning the NFC East get shorter over the course of the bye week (-500 to -375) after all three divisional opponents logged Week 7 victories. It’s still the leader of the roost in my book with an upcoming schedule that reads Pittsburgh, @Houston, Washington, and @Indianapolis over the next month.

With a current +.500 opponent not on the schedule until Week 13 – who knows if that remains the case with the Titans by then – I still have no intentions of fading Jalen Hurts and Co. right now. They might not be able to cover the copious amount of chalk linemakers make them eat along the way, but the true threats to unseat them as division champs don’t pop on the schedule until the middle of December.

It’s laughable how cushy the schedule is for Nick Sirianni’s troops. It’s possible the current price tag is the most affordable we see the rest of the way. I’ll just sit back with my plus-money ticket and see how it all goes down.

Say what you will about Mike McCarthy, the guy’s done a commendable job calling the shots for the Cowboys to this point. So much so that he’s no longer near the top of the heap on the first coach to be fired odds at BetRivers, but instead has a place at the table to earn Coach of the Year honors.

With Dak Prescott now back in the mix, the hope is the offense can finally start living up to the preseason hype. Should that be the case, Dallas is going to be dangerous the remainder of the season as nasty a brand of defense Dan Quinn’s been calling through the first seven weeks.

However, it’s already incurred one loss to the Eagles and runs up against one of the tougher schedule strengths in the division per the folks over at Sharp Football Analysis. Its odds shortened up from +600 to +500 since last week, but I can see a loss or two on the docket over the next month with games against Chicago, @Green Bay, @Minnesota, and New York Giants scheduled. A 5-1 return still doesn’t do it for me with Philly owning an easier path.

The Giants still haven’t lost since I last reported on the team a few weeks back, and it’s odds of winning the NFC East have gotten even shorter because of it. Hopefully you took my advice and bought some shares back in Week 6 when the rate of return was the highest it had been all season!

Brian Daboll has got this team playing with extreme confidence. Saquon Barkley is back to being Saquon Barkley. Most importantly, Daniel Jones is starting to look like a viable QB1 with his dual threat abilities no longer hindered by his past propensity to turn the football over. NY’s shot caller sits only behind Sirianni on the Coach of the Year betting odds!

If ever there looked to be a team that can keep pace with the Eagles the rest of the way, it’s the GMEN who sport the easier schedule strength. The sky will be the limit if this team can head into the bye with a win in tow after going into the 12th Man and handing the upstart Seahawks a loss! With the team owners of a near identical record to the Eagles with a pair of meetings still on the docket, I’d buy some shares if you haven’t already. The team is playing too confident a brand of ball not to right now!

I was clamoring for Taylor Heinicke to get back under center the last time I reported on the Commanders. I got my wish. His presence allowed for Washington to pull out a 23-21 comeback win against the Packers. Even so, Green Bay is a mess right now so I’m not putting much stock into that end result. Bottom line, Ron Rivera’s squad has a steep uphill climb ahead of it if it’s to actually compete for division bragging rights. I don’t foresee it coming to fruition. Playoffs - maybe. Division title - Nope!

The Commanders still have numerous problem areas on the roster to think they have what it takes to get back into this ultra-competitive division race, and Heinicke isn’t the answer either. I think the odds of rookie Sam Howell getting his first start in the near future are shorter than Washington making a run at the title.