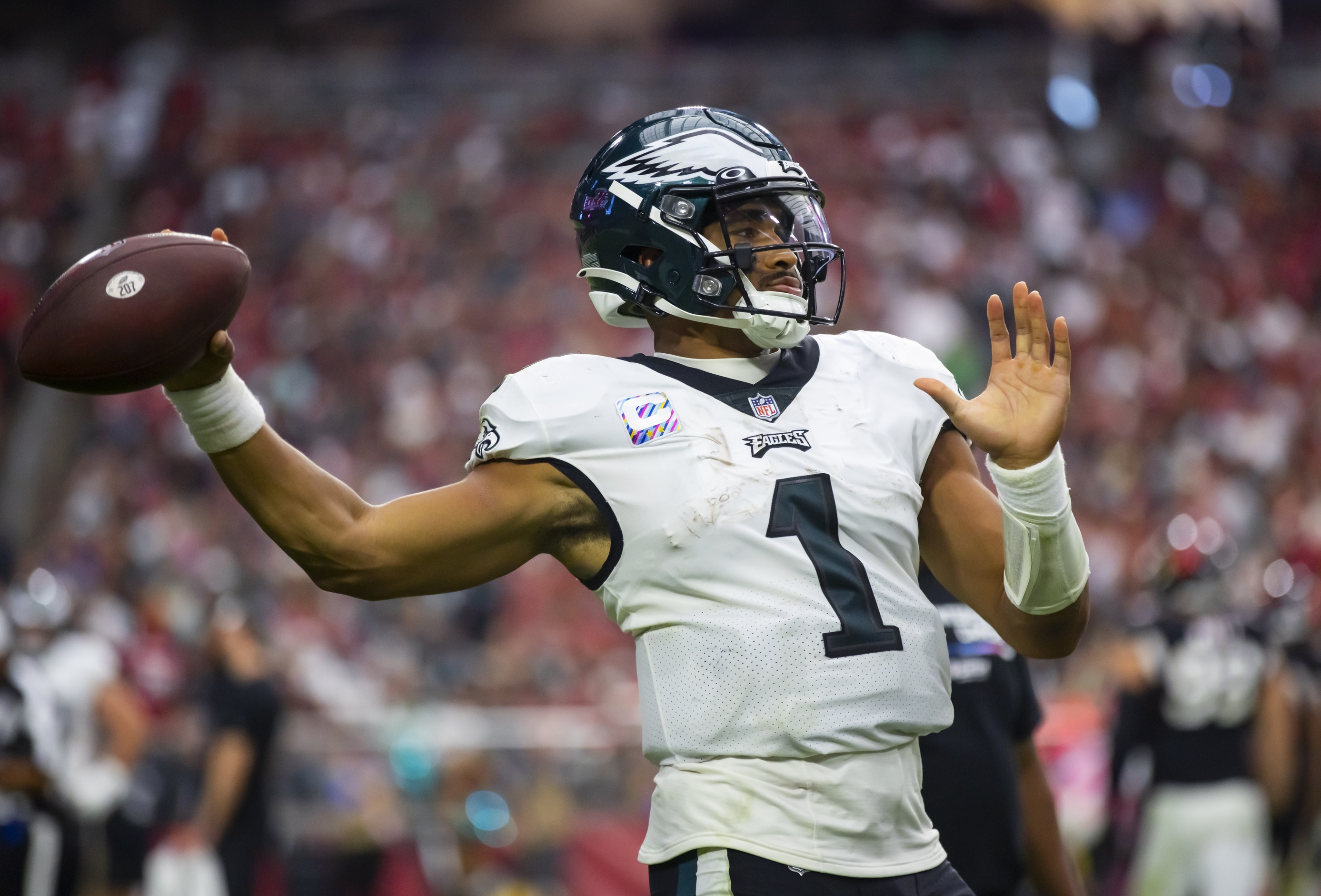 The two teams I recommended to invest in to win the NFC East at the outset of 2022-23 NFL betting season were the Philadelphia Eagles and New York Giants. With five weeks in the books, the Eagles are the odds-on favs to take home bragging rights. The GMEN are actually offering up more value now than they were when their odds of winning the division first hit the board over at BetRivers Sportsbook. And then there are the Cowboys who’ve dramatically overachieved to this point. Let’s dig into the numbers and see what they got to offer.

The Eagles remain the only undefeated in the league after going into the desert and getting a much bigger challenge from the Arizona Cardinals than most NFL bettors would’ve liked. Even so, Jalen Hurts and Co. certainly have the look of a team that’s going to be awfully tough to dethrone moving forward.

Along with being the decided +300 chalk to win the NFC, Nick Sirianni is currently the running +150 favorite to take home Coach of the Year honors. The Eagles possessed the highest season wins total of any team in the division (9.5) entering the regular season. The readjusted number to beat at BetRivers currently clocks in at 13.5 with heavier -118 juice attached to the over. Makes sense considering the Giants were the only team predicted by Sharp Football Analysis to run up against an easier schedule strength than the Eagles heading into Week 1.

If the Eagles get the best of the Cowboys at home this Sunday night – they’re currently 5-point favorites to do so – it’s tough to envision anyone chasing them down. Immediately after, they got the Steelers, @Texans, Washington, @Colts, Packers, and the Titans before closing out NFC East play with two against New York and the final meeting with Dallas. The schedule is a cakewalk! Fingers crossed Big D finds a way to win the Sunday nighter and offer us up a reduced price to come back over the top with Philly.

The Cowboys saw their odds to win the division get shorter this week after going into Tinseltown and dominating the reigning Super Bowl champion Rams. I talked all kinds of smack about Mike McCarthy heading into the regular season, but I’ve come away impressed with the way he and his coaching staff have handled the team with Dak Prescott out of commission.

That ugly 19-3 season opening loss to Tampa Bay is nothing but a distant memory now that the Boys have rattled off four straight wins against the Bengals, Giants, Commanders, and aforementioned Rams. Like the Eagles, Dallas is the beneficiary of a very easy schedule strength (No. 10). Following this week’s trek to the City of Brotherly Love, Dallas gets a pair of NFC North opponents at home in the Lions and Bears.

There’s honestly no rush to get Prescott back into the huddle as good a game manager Cooper Rush has proven to be over the course of his four starts. Just continue allowing him to take care of the football and bank on that lethal defense that’s held all opposition to just over 14 points per game. Don’t mess with the recipe! It just might lead this franchise to a second straight title if it plays its hand right.

Still, a 3-1 return on investment isn’t enough to get me excited about stepping in front of the Eagles.

Regardless of whether the Giants ultimately compete for the NFC East crown, I’ve come away extremely impressed with the job the team has done to at the very least make it interesting. Last week’s comeback win over the Packers across the pond was a sight to behold! Down 20-10 at the break, New York rattled off the game’s final 17 points before affording the Cheeseheads a safety to get out of London with the 27-22 outright win as 8.5-point underdogs.

The win marked the second time this season Brian Daboll’s troops won a game it likely had no business winning. Remember that season opener against the Titans? Now is the time to add some Giants futures to your portfolio if you haven’t already!

It’s been the Saquon Barkley show and not much else to this point, but there will come a time that the receiving corps finally gets healthy. When it does and Daniel Jones continues to improve under the new tutelage, this team can really make a run at the title. If the GMEN can keep the win streak going over these next three weeks against the Ravens, @Jaguars, and @Seahawks, their odds of taking the NFC East down will be much shorter than they are now. Don’t let the value escape you!

Anyone with a Commanders ticket in hand have any confidence in Wentz ultimately getting the offense into the end zone with point blank cracks at it in the closing seconds? Yeah, I didn’t think so! And of course he throws the pick to add insult to injury. The loss to the Titz saw their odds swell from +5000 to +15000. Enough said!

This franchise is cursed under the current ownership and you want no shares of it now or anytime down the road unless mass changes are made across the board.