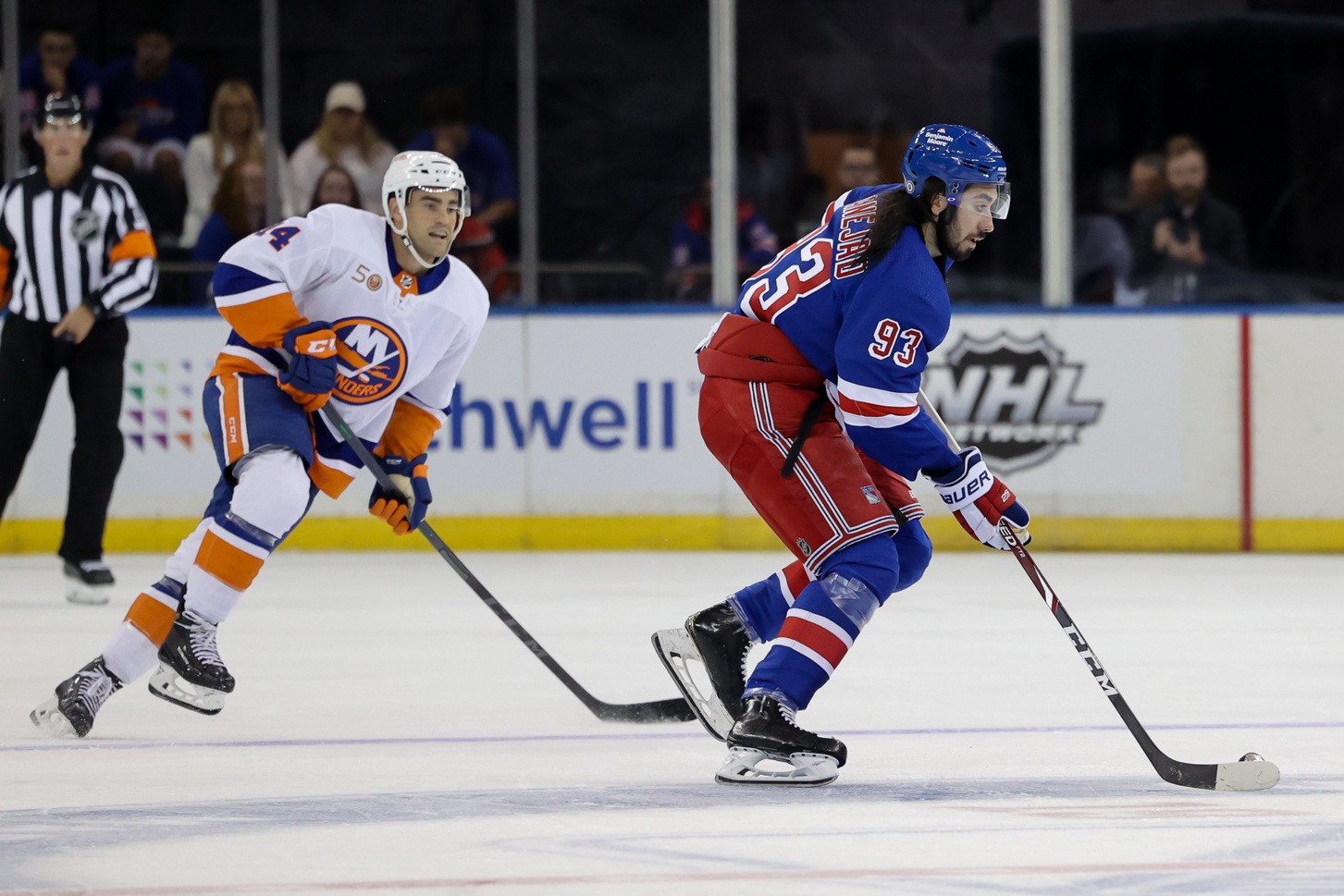 The New York Rangers visit the New York Islanders on Wednesday night in a game that can be seen on TNT. This rivalry matchup has gone the way of the Islanders lately, as they have taken 7 of the last 10 meetings. That could be changing, however, as the teams split their four meetings last season and there is no question that right now the Rangers have the better team. The Rangers started the season 3-2-1 in their first six games, while the Islanders were just 2-4. This is a back-to-back for the Rangers, but at least they don’t have to travel, as they were home against Colorado on Tuesday night. The Islanders will be well rested, as they haven’t played since losing at Florida on Sunday. Let’s look at Rangers at Islanders picks.

The Rangers looked good to start the season, winning three of their first four games, but they had lost two straight before Tuesday’s game against Colorado. The concerning part about the two losses is that they came against two supposedly weak teams in San Jose and Columbus. The loss to Columbus was inexcusable, being blown out 5-1 at home. It will be interesting to see how the Rangers bounce back this week.

We are coming off a good win last week, as we had the Red Wings over the Ducks. The scheduling in this game favors the Islanders but will it matter? There is no doubt that the Rangers are the better team. It is a little concerning that the Rangers have played down to their level of competition and it is possible the Rangers could have a letdown after playing Colorado on Tuesday. Even with that being the case, it is really hard to take an Islanders team that simply isn’t very good. You look up and down the roster for the Islanders and there are simply not that many goal scorers. For the Islanders to win games they simply have to play good defense, get solid goaltending and keep the games low scoring. That is not the way of the current NHL, as goal scoring is up and high scoring games have become the norm. The Rangers have more offensive talent and they also play better defense. This is a back-to-back for the Rangers so they may go with backup goaltender Jaroslav Halak in this game. That may not be all bad, as Halak may still have a chip on his shoulder from his playing days with the Islanders. I’ll take the Rangers to get the road win on Wednesday night.

Check out the latest NHL betting odds at BetRivers