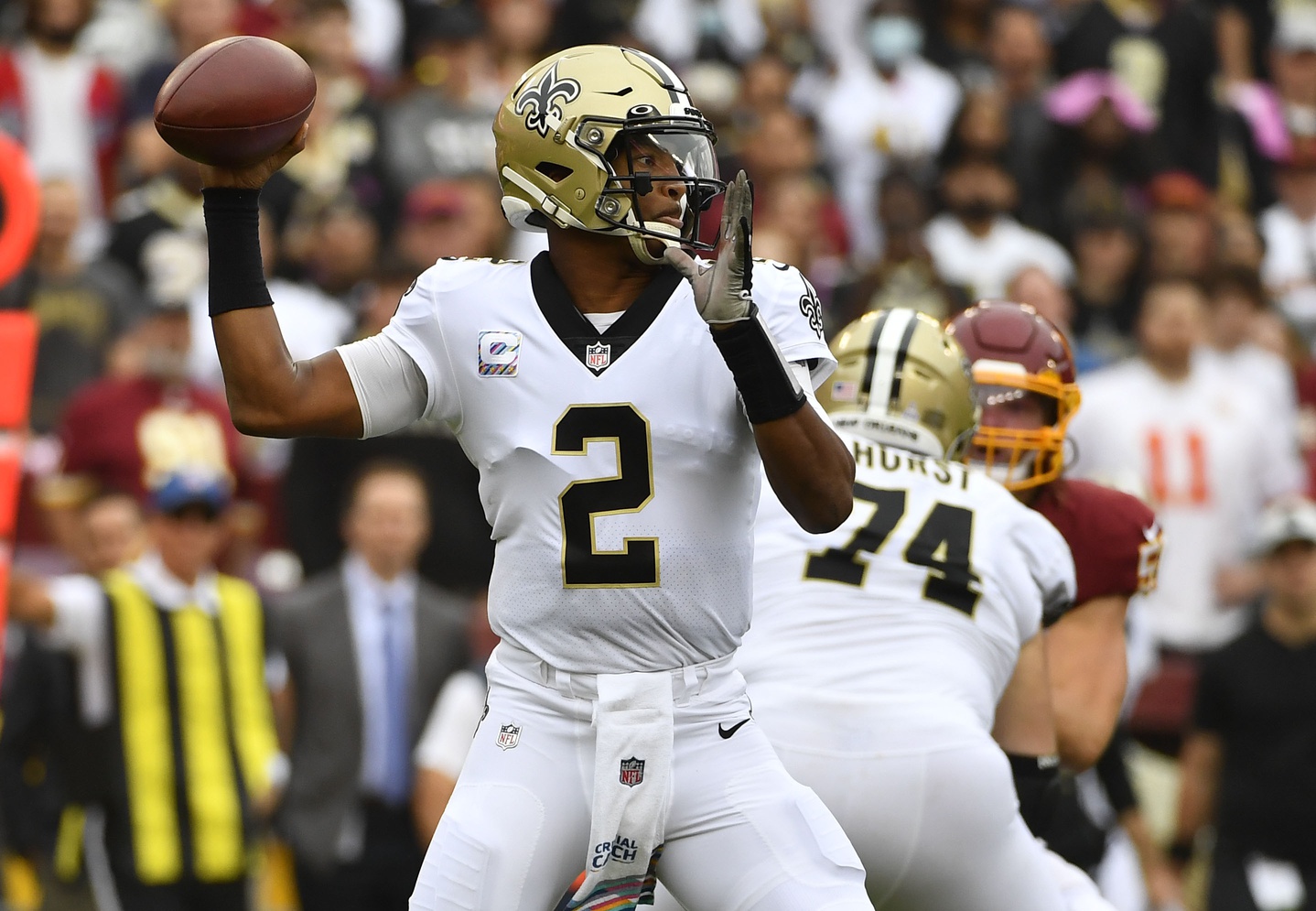 The New Orleans Saints are a tough cookie to decipher from a season wins total perspective entering the 2022-23 NFL betting season. Sean Payton will no longer roam the sidelines after doing so the previous 16 years. Alvin Kamara is set to be handed a lengthy suspension for that unfortunate Vegas skirmish in an elevator from back in early February.

Can Michael Thomas finally give it a go after missing a bulk of the last two seasons? And just how recovered is Jameis Winston’s knee? I don’t know about you, but I’d hate to be chasing nine wins with either Andy Dalton or Ian Book at the helm! Though Dennis Allen has been a part of the coaching staff for the last 12 years, this will be his first go-round as head coach.

Due to all those unknowns, it comes with little surprise to see the betting markets balking at the idea of New Orleans getting back on the over train after doing so the prior four years before settling for a push a season ago. That being said, there are some things to really like about this squad competing for the NFC South title and being a dark horse contender to win Super Bowl LVII at SugarHouse Sportsbook.

One of the league’s best defenses returns virtually intact, while the wide receiver corps was bolstered with a veteran and rookie that could completely change the landscape of the offense. This team won nine games last year with a number of key cogs out of the equation. Most are back now, but was the team just missing out on the playoffs because of the overall talent or the top dog calling the shots? I guess we’re all about to find out!

Believe it or not, but the Saints have defeated the division rival Bucs each of the four times they squared off against the “GOAT” the last two seasons. For one reason or another, N’awlens simply just owns Tampa Bay having taken each of the last seven regular season meetings. As such, it would be wise to throw some beer money on Jameis and Co. taking down the division which has a juicy +380 rate of return attached to it. New Orleans will run up against the ninth easiest schedule per Sharp Football Analysis after winning nine games against the sixth toughest a season ago.

The injury bug was very unkind to this squad last year. It’s rare it sinks its teeth into the same roster two straight years. If that proves to be the case and Kamara does in fact receive a six-game suspension at the minimum as expected, No. 41 will be back on the field for when the schedule looks to be its toughest; at least on paper.

It’s a shame Winston was lost for the season after just seven weeks. With Payton in his ear, the former Heisman winner looked to be a completely different quarterback - one that helped the team with big time throws while actually limiting turnovers; something that plagued him throughout his time in Tampa Bay. Ranked fifth in expected points added through seven full games, he only threw three interceptions to go along with 14 TD strikes working with one of the worst pass catching corps in the business. That won’t be the case in 2022-23 with Thomas, Jarvis Landry, and newcomer Chris Olave at his disposal.

News of his return has been positive thus far with the QB1 going all-out in post-practices, OTAs, and veteran minicamp. "I feel great, getting better every day," he said. "Just ready to get taken off the leash. Listening to the protocol that the team has me on, and honoring that." If good Jameis shows up right out of the gates, we could be staring at the comeback player of the year which would award those with the foresight a 5-1 return at SugarHouse should it come to pass!

New Orleans looks solid in the trenches on both sides of the ball. Though Terron Armstead bolted for greener pastures in Miami, GM Mickey Loomis utilized his second pick in the first round of the NFL Draft to acquire the services of Trevor Penning who figures to be the franchise’s left tackle of the future. He’s inserted into what’s considered to be the No. 16 ranked O-Line per FTN Fantasy. How quickly he adapts to the NFL coming from the FCS will be a key component of the offense’s overall success.

Cam Jordan anchors yet another imposing front line of the defense that racked up the eighth most sacks a season ago (46). The back seven only suffered one departure but filled it up with none other than the “Honey Badger” who will be looking to ball out returning to his home state of Louisiana. The addition of FS Marcus Maye was one the likely went unnoticed by most NFL fans, but his presence should only help an already solid unit become that much better.

The roster looks to be rock solid in every facet. I get there are more questions than answers with the regular season fastly approaching, but this team has the look of one that could make a huge impact. Should everything fall into place and the stars align, it wouldn’t shock me if the Saints found themselves in a battle for home field advantage throughout the NFC playoffs. At worst, I got this team matching last year’s nine wins.