Nets at Knicks Preview and Prediction 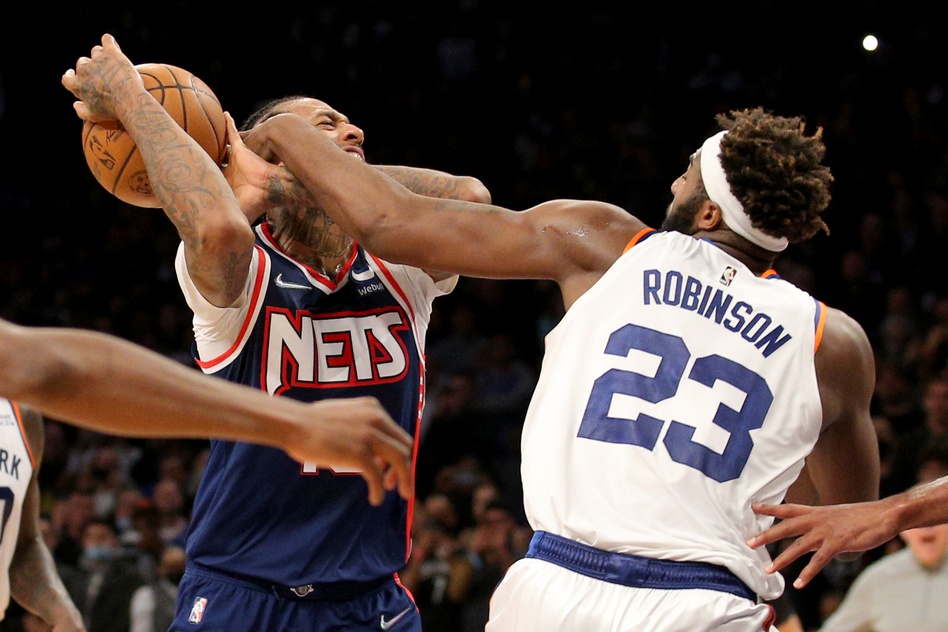 The Brooklyn Nets will make a short trip this Wednesday to play the New York Knicks, with both teams looking for a much-needed win.

This matchup features two teams going in the wrong direction in the month of February.

Things haven’t gone well for the Nets since sharp shooter Kevin Durant went down with an injury. Brooklyn is just 2-12 in the 14 games without their leading scorer, falling from first place in the Eastern Conference standings down to fourth in their own division.

Despite the recent struggles, oddsmakers still consider the Nets the NBA betting favorite to win it all come playoff time. Brooklyn boasts +450 odds to win the championship according to SugarHouse online sportsbook.

The Knicks, on the other hand, enter this game under .500. They’ve lost eight of their last 10 games and have now fallen to last place in the competitive Atlantic division.

New York is on the outside looking in in terms of playoff standing, but there’s still time to get back into contention. They’re currently 4.5 games behind Brooklyn for the final playoff spot in the East.

Let’s take a look at this upcoming matchup of division rivals. Check out BetMaker for a preview and prediction before placing your NBA wagers.

Each of these Atlantic division squads is desperately looking for a win in this Wednesday night meeting.

Both enter with injury issues, which have led to recent struggles.

In Brooklyn, the Nets are playing without any of their original “Big Three.” Kevin Durant and Kyrie Irving remain out of the lineup while James Harden was dealt to the 76ers last week before the trade deadline. His replacement, Ben Simmons, is also currently out of the starting lineup with no timetable for return.

The Knicks are without Nerlens Noel and RJ Barrett. Forward Cam Reddish has missed some time, as well.

With major contributors out, it’s tough to predict how this matchup could turn out. One thing that might be expected is a lower total on the scoreboard.

The Knicks boast a top 10 defensive unit in terms of opponent scoring, allowing just 106 points a night. With the Nets missing key pieces on offense, it’s hard to see them running up the score.

On the other end, Brooklyn isn’t quite as stout on defense, but New York plays a game that a bit slower pace. They rank just 27th in the NBA in scoring, averaging under 105 points a game. Look for them to control the speed of the contest and try to win a slugfest.

The Knicks are just 3-7 against the spread over their last 10 games, including a 1-5 mark in their last six appearances. They’ve struggled as both a favorite and an underdog, making them far from an NBA best bet.

The Nets aren’t doing any better, winning just two of their last 10 matchups against the NBA betting lines.

The over has hit in four of the Knicks last six games, while the same is true for each of the last three Nets contests.

The Nets have struggled to both score and defend over the last three weeks, leading to this current 11-game losing skid.

In that time, Brooklyn is scoring at a rate of 107 points per night while allowing over 119 points an outing.

With Brooklyn’s poor play on defense, it should allow New York to put some points on the board. The Knicks typically play pretty stout on the defensive end, which will make things difficult for the Nets on offense.

Look for New York to control this game at home and leave with a big divisional win.