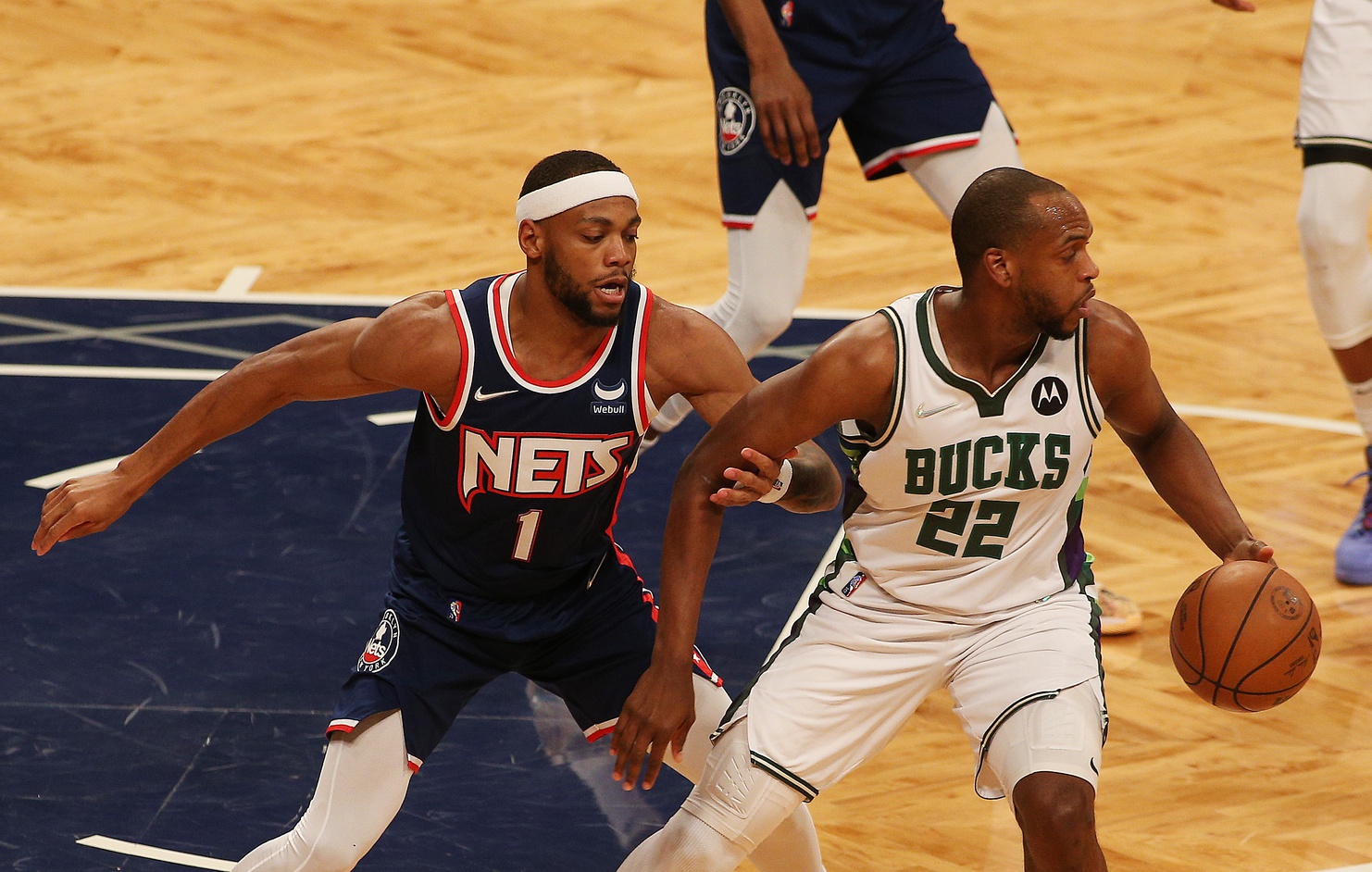 The Brooklyn Nets visit the Milwaukee Bucks on Wednesday night in a game that can be seen on ESPN. It will be a matchup between two of the best players in the league, as the Nets feature Kevin Durant, while the Bucks have Giannis Antetokounmpo. Both players are off to hot starts this season and are among the league’s scoring leaders. The Nets are playing the second game of a quick two-game road trip, as they were at Memphis on Monday. This is also the first half of a back-to-back for Brooklyn, as they are home against Dallas on Thursday night. The Bucks are starting the season slowly in terms of the schedule, as this will be just their third game and they haven’t played since routing Houston on Saturday night. Let’s look at Nets at Bucks picks.

The Nets have their power duo of Kevin Durant and Kyrie Irving. They also have Ben Simmons, but far too often he doesn’t play up to his ability. They also have Nick Claxton who could be a key player for them this season. He has looked good so far this season with a pair of double-doubles. He had 13 points and 10 rebounds in a loss to the Pelicans and 19 points and 11 rebounds in a win against the Raptors. “I’m happy he played well, we want him to keep it up, but now as a young player in the league he has to show consistency,” Irving said to the media, “And we have to be right there with him.”

Head coach Steve Nash is relying on Claxton to play good defense. “I’m not here to say, ‘OK, Nic, now you got to add a step-back [jump shot] to your game,’” Nash said to the media, “I’m more like, ‘Nic, captain us with [defensive] coverages.’ Talking about making sure you know what coverage we’re in, making sure you’re low man when you need to be making sure you’re protecting the rim.”

Claxton has said he wants to be a great defender. “I really want to be the anchor of the defense,” Claxton said to the media, “and be one of the best defenders in the league night-in and night-out.”

Claxton will be tested on Wednesday night against a very good offensive team in Milwaukee. The Bucks won at Philadelphia to start the season and then routed the Rockets last time out. The Bucks are missing Khris Middleton who is injured, but Antetokounmpo is arguably the best player in the NBA.

The Bucks have done well in this series, winning 7 of the last 10 games and going 6-4 ATS with seven games going under the total, two going over, with one push. The Nets have lost 7 of the last 10 in Milwaukee and they are 4-6 ATS with six of the ten going under the total. The teams met four times last season with Milwaukee taking three of the four. The only win for the Nets came in Milwaukee and it was the only one of the four games that went over the total.

We know that the Bucks can play strong defense and Brooklyn is stressing more defense this season. The public almost always likes to play TV games to go over the total so there should be some value in taking the under. As long as we don’t get some crazy quarter like what happened last week with the Lakers and Warriors we should have a good chance cash the under in this game.