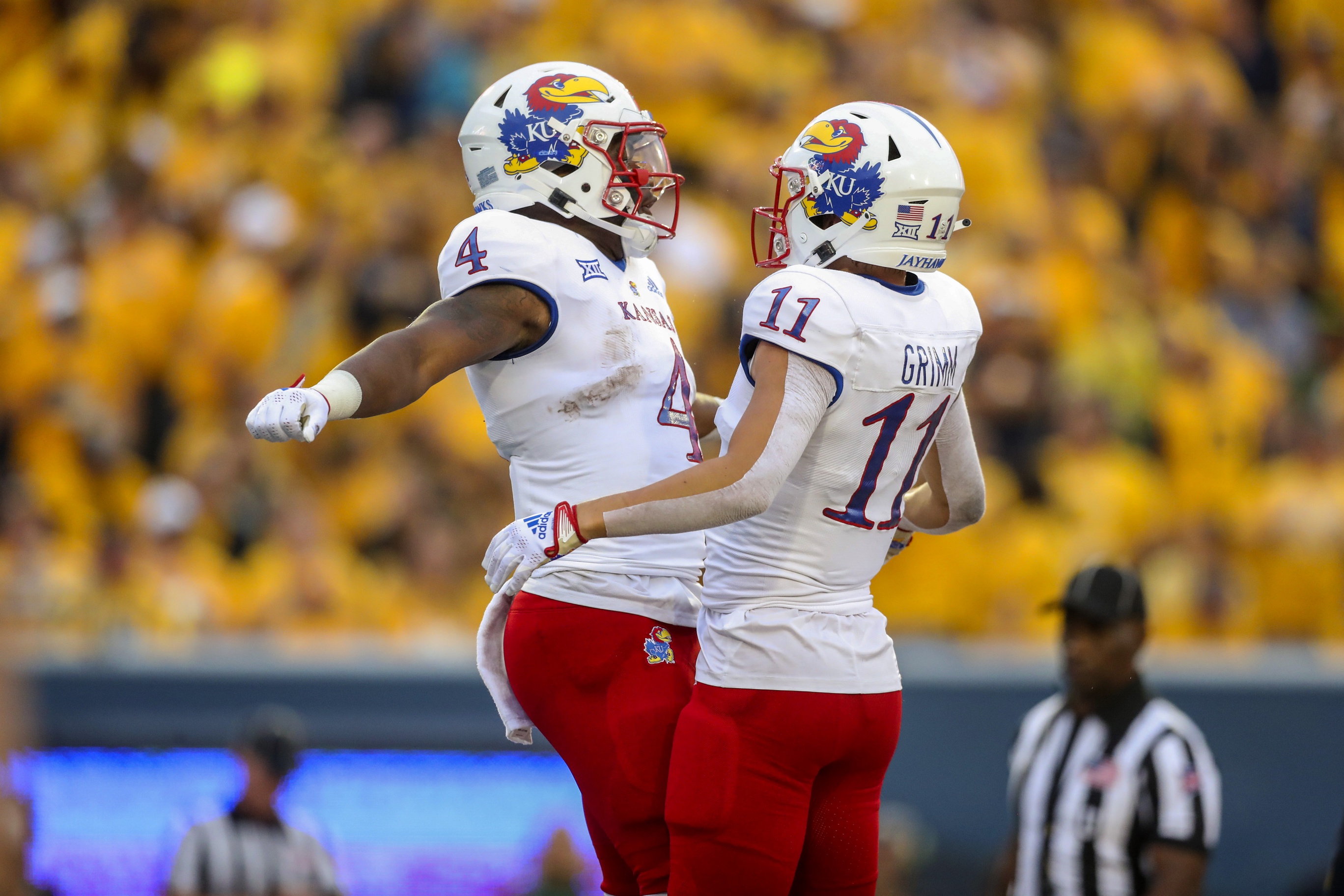 “Never give up. Never, ever give up.” So said Winston Churchill as Hitler’s bombs obliterated London in World War II. Churchill proved right, and eventually, Great Britain prevailed for all the marbles. That lesson applies to college football and one of this week’s top games. At the onset of the season, a matchup between the Duke Blue Devils and Kansas Jayhawks would have been a legitimate Final Four basketball expectation. Instead, these two basketball schools are both 3-0 in football. And it was not that long ago when both programs were hopelessly bad. So bad that everyone gave up on them.

Kansas Jayhawks football fans can’t believe the transformation of their program under head coach Lance Leipold. The Jayhawks boast one of the best offenses in college football. But the Duke Blue Devils have vastly improved, especially on defense, for rookie head coach Mike Elko. Last week the Jayhawks blew out top AAC contender Houston on the road. That is the most impressive win for their side so far in 2022.

Kickoff time is at 3:30 p.m. ET from Kenan Memorial Stadium with television coverage on ABC. North Carolina opened as a -1.5-point home favorite.

The Notre Dame Fighting Irish are lucky to be 1-2 after the Cal Bears nearly beat them on a Hail Mary at the gun last week. Still, rookie head coach Marcus Freeman is struggling to get polished play. This lack of focus is often the plight of a “player’s coach.” Meanwhile, North Carolina will have a packed house and potent offense to throw at the Fighting Irish.

Kickoff time from Neyland Stadium is at 3:30 p.m. ET, with television coverage on CBS. Tennessee opened as a -10.5-point home favorite.

The Tennessee Volunteers have reignited the passion of their passionate fan base. After a big week one win over the Utah Utes, the Florida Gators have struggled. They barely escaped an upset home loss to South Florida last week. The Vol Navy and fans should be singing “Rocky Top” well into the night in Knoxville. Especially with a revamped Big Orange defense to compliment the prolific offense.

Last year the Arkansas Razorbacks stunned the Texas A&M Aggies in this same venue. This year the Aggies are seeking revenge and coming off an impressive win over the Miami-FL Hurricanes. Arkansas is good and undefeated. But they needed a strong fourth quarter to escape disaster against FCS Missouri State last week.

Kickoff from Ohio Stadium is at 7:30 p.m. ET, with television coverage on ABC. Ohio State opened as an 18-point home favorite.

The Wisconsin Badgers are one of the best and toughest programs in college football. But they never quite keep up against elite athletic teams such as the Ohio State Buckeyes. This year Ohio State has a defense to match its already loaded scoring attack. And the Buckeyes have covered five straight games at The Shoe against the Badgers.

Kickoff from Gaylord Family Oklahoma Memorial Stadium is at 8 p.m. ET with television coverage on FOX. Oklahoma opened as a -12.5-point home favorite.

It is true that the Kansas State Wildcats were upset at home by the Tulane Green Wave last week. K-State was likely looking ahead to the Oklahoma Sooners. The Wildcats have been a thorn in the side of OU, with two wins in the last three meetings. K-State has covered four of their previous six trips to Oklahoma.