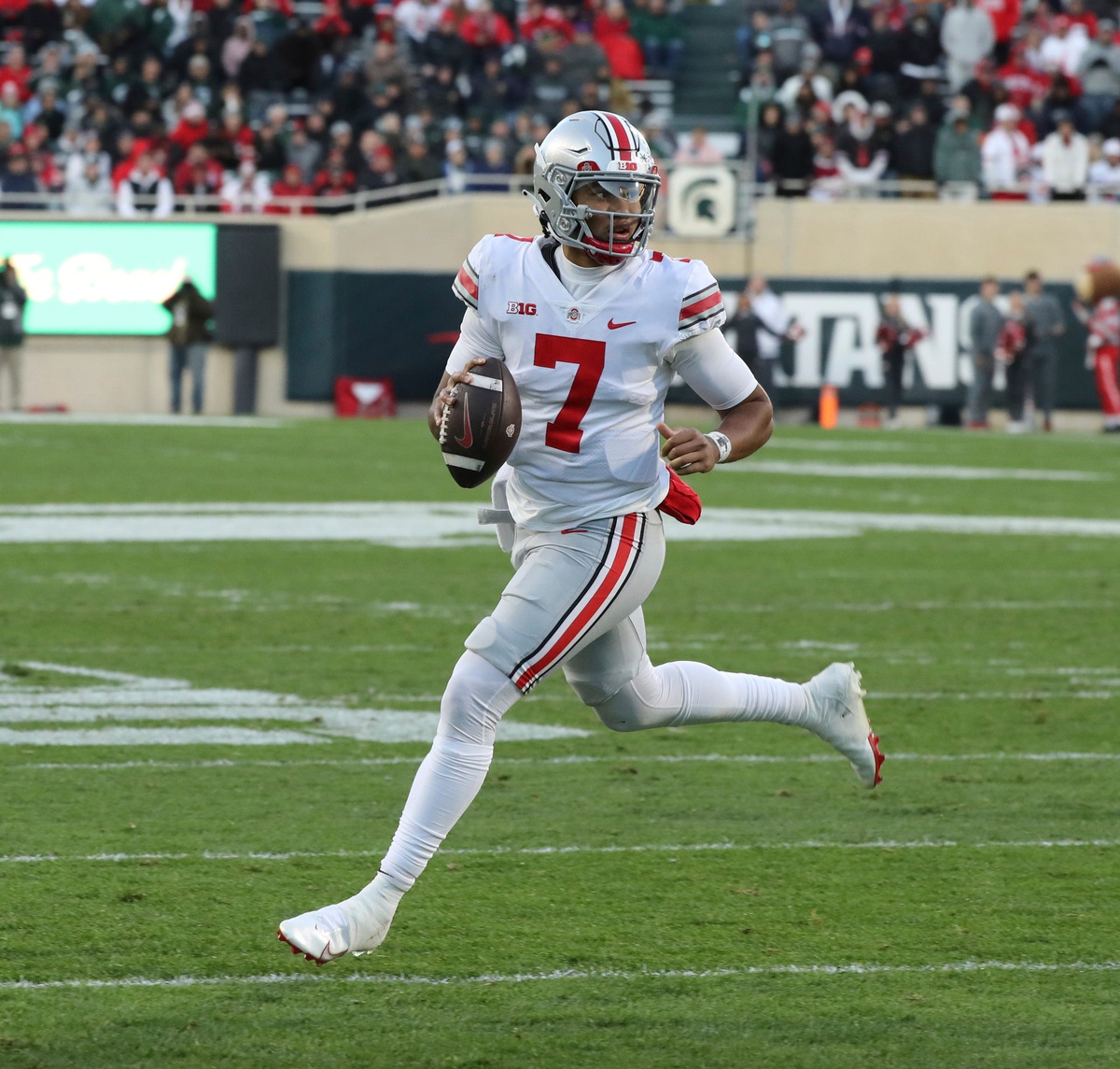 Last week proved once and for all the greatness of college football. It was a day of incredible action, passion, and gambling opportunities that lasted far into the night. This week the action is coming in hot once again. Two of the best games come from the underrated Big 12 Conference. The Oklahoma State Cowboys host the Texas Longhorns in the mid-afternoon window. And then the TCU Horned Frogs host the Kansas State Wildcats in a prime time matchup of surprise upstarts.

Perhaps the most underrated game of the day is the CBS SEC feature of the Ole Miss Rebels at LSU Tigers. And on Saturday night, the nation will be watching to see if the Alabama Crimson Tide can rebound at home against the Mississippi State Bulldogs. In a similar way, the Penn State Nittany Lions will want to bounce back in their annual whiteout home game against the disappointing Minnesota Golden Gophers

Kickoff time at Ohio Stadium is at Noon ET, with television coverage on FOX. Ohio State opened as a 29-point favorite.

This Fox Big Noon Kickoff could be a high noon obliteration. The Iowa Hawkeyes can’t score. And that is a horrible liability at the powerhouse Ohio State Buckeyes.

Kickoff time at Boone Pickens Stadium is at 3:30 p.m. ET, with television coverage on ABC. Texas opened as a 6-point favorite.

Last week the Oklahoma State Cowboys blew what seemed to be a certain win at the TCU Horned Frogs. Perhaps the Pokes were peaking ahead to this matchup against the resurgent Texas Longhorns. One week ago, Okie State was touted as the best team in the Big 12. Now they are getting six points at home.

Kickoff time at Tiger Stadium is at 3:30 p.m. ET, with television coverage on CBS. LSU opened as a 2-point favorite.

Ole Miss Rebels head coach Lane Kiffin has an undefeated team that is flashing an improved defense. The LSU Tigers are improving but are not yet up to the level of Ole Miss.

Kickoff time at Bryant-Denny Stadium is at 7 p.m. ET, with television coverage on ESPN. Alabama opened as a 21-point favorite.

There can’t be a worse scenario for a team than to step into Alabama on the road after the Crimson Tide is coming off a loss. Fans, gamblers, and media were stunned at Alabama’s sloppy performance in their defeat at the Tennessee Volunteers. Nick Saban now has his team where he wants them. He can coach them mercilessly with justification.

Meanwhile, Mississippi State gave back a lot of goodwill with their loss at the Kentucky Wildcats last week.

Kickoff time at Beaver Stadium is at 7:30 p.m. ET, with television coverage on ABC. Penn State opened as a 5-point favorite.

The Penn State Nittany Lions were humiliated on FOX Big Noon Kickoff last week at the Michigan Wolverines. Once again, Penn State head coach James Franklin is confronting doubters. But a whiteout home game could be just what the doctor ordered.

The Minnesota Golden Gophers were dominated in a loss at the Illinois Fighting Illini last week. And the status of quarterback Tanner Morgan is questionable after a head injury in that loss.

Kickoff time at Amon G Carter Stadium is at 8 p.m. ET, with television coverage on FS1. TCU opened as a 3.5-point favorite.

The TCU Horned Frogs rallied to beat the Oklahoma State Cowboys in a miraculous comeback. Now comes the challenge of hosting a solid Kansas State Wildcats team coming off a bye week. K-State is a dangerous and live dog with quarterback Adrian Martinez.